Abkhazia and the Pitsunda Issue – Causes and Possible Consequences Featured

Abkhazia’s de facto authorities have agreed with Moscow that Russia will lease 186 hectares of land and 115 hectares of the sea in the city Pitsunda (Bichvinta in Georgian) for a period of 49 years. During the period in question, Russia is to receive direct ownership of leased buildings and infrastructure as well as lands that in the past constituted the private recreation complex of former Soviet leader Nikita Khrushchev. The deal, which might have severe consequences for the already limited factual sovereignty of the de facto government in Sokhumi, was met by protests from local activists and opposition figures. 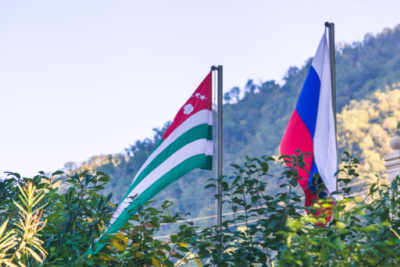 BACKGROUND: Russia’s officially stated purpose for its use of the land is the “implementation of state events in which persons subject to state protection will participate following the legislation of the Russian Federation and also for their needs for rest and recreation.” The agreement deepens the treaty between Russia and Abkhazia from 1995, according to which Russia’s top representatives could use the former recreation complex for their needs but without active ownership of the land or the buildings.

As local expert and lawyer Said Gezerdava told this author, the agreement from 1995 was signed before Russia recognized Abkhazia’s factual independence and therefore does not exist in the Russian state register of international agreements. The new agreement would thus acquire de jure, rather than de facto status. However, the need to legalize the original treaty does not explain the much greater authority awarded to Moscow over the given territory envisaged in the new agreement.

As pointed out by Gezerdava, provisions in local legislation stipulate that parliament can approve land leases and that there is not requirement to subject these to a referendum. At a time when de facto President Aslan Bzhania and his supporters hold all three branches of de facto power in Abkhazia, there are no obstacles to the ratification of the treaty at the level of Abkhaz authorities.

Meanwhile, other signs have emerged indicating that Russia’s political and economic influence in Abkhazia is increasing. On August 11, local media reported that Basic Element Ltd., a Russian company registered in the Virgin Islands and affiliated with the Russian oligarch Oleg Deripaska, is a new investor in Sokhumi airport. On August 25, Bzhania expressed the region’s readiness to join the Union State of Russia and Belarus in response to a pre-prepared question from Russian media personality Vladimir Solovyov.

IMPLICATIONS: According to local lawyers, the contract contains several disadvantageous provisions for de factoAbkhazia. It does not define specific objects that will be leased to Russia – only the boundaries of the land. According to Article 5 of the agreement, Russia can carry out any construction and demolition works on the land, whereas the only limitation is the consent of Abkhaz de facto authorities.

Moreover, despite the existence of a provision on the termination of the agreement, the termination of its validity (including through denunciation) will not entail the termination of ownership of the object. This includes all movable and immovable property that was part of the object at the time of its transfer as well as erected constructions on the territory of land plots and a section of the sea area after their transfer. Thus, considering the right of the Russian party to capital construction (in case of overall development and creation of extensive infrastructure), it will be impossible to return land plots to Abkhaz ownership.

Another problem identified by local experts is the absence of provisions recognizing the de facto jurisdiction of Abkhazia when it comes to crossing its de facto border by Russian aircraft, sea and land transport to Pitsunda. Similar provisions were included in all other agreements signed between Russia and Abkhazia in the past.

The nature of the agreement is not only of concern to local experts, but also to a significant number of ordinary Abkhaz and part of the political opposition. The Abkhaz public learned about the agreement, signed on January 19, 2022, only in July when the Abkhaz de facto parliament started debating the issue – further strengthening indignation with the terms.

Many ordinary Abkhazians and local experts fear that the lease of Pitsunda to Russia under the given conditions will be the first step towards a complete loss of Abkhazia’s factual sovereignty. These concerns were reinforced further by unprecedentedly aggressive statements by Russia’s new de facto ambassador to Abkhazia, Mikhail Shurgalin, who indirectly conditioned further financial assistance from Russia on the lease of Pitsunda. The Union of Local Veterans of Aiaaira responded with an unusually sharp open letter published by local media.

So far, the established opposition has been acting carefully in its criticism of the agreement. It does realize that it will need continual support from Moscow, which is insisting on the lease, in case they come to power.

In the given situation, according to Gezerdava, voices calling for a new opposition, a kind of “sovereignty movement,” are emerging in Abkhazia, with local youth organizing the first protests. This opposition movement is beginning to appear in a small part of the traditional opposition, as well as among local activists, particularly Levan Mikaa. Some traditional opposition politicians are also voicing sharper criticism, including Adgur Ardzinba who strongly condemned Bzhania for his approach to the Pitsunda issue during a meeting organized by the de facto Public Chamber on September 14.

From a broader strategic and regional point of view, it is currently unclear how Russia plans to use the lands in Pitsunda. However, the agreement in its current form and the position of the de facto government in Sokhumi would give Moscow practically unlimited options.

CONCLUSIONS: In the given circumstances, four possible scenarios of further development are possible. First, opponents of the agreement fail to generate enough pressure and the lease will become accepted. This might herald a sharp decrease in what remains of Abkhazia’s political and economic independence from Moscow. Second, significant popular outrage will convince the Kremlin to postpone its plans regarding Pitsunda for the time being. Third, the de facto Abkhazian government will start obstructing the implementation of the deal in the face of widespread outrage, playing for time. Fourth, Moscow and local elites will push the agreement despite significant general discontent, suppressing demonstrations by force. The fourth scenario could lead to a significant destabilization of the region coupled with a crisis for the legitimacy of both traditional power blocks in Abkhaz politics in the eyes of the local population.

Tomáš Baranec is a Research Fellow and Head of the Caucasus Program of the Slovak think tank Strategic Analysis. He currently works as a field researcher on the Georgian-Ossetian ABL. Tomas studied Balkan, Central European and Eurasian Studies at Charles University in Prague.

More in this category: « President Tokayev Moves Ahead in Social Reforms Iran and Russia: from “Oil-for-Goods Swap” to “Oil-Gas Swap” »
back to top