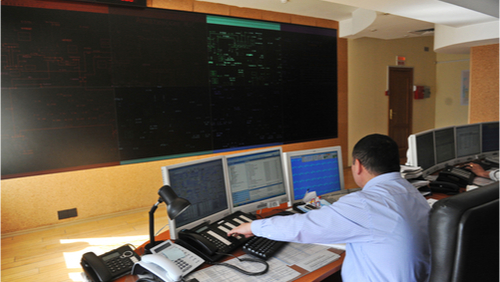 BACKGROUND: The chain of events leading up to the Central Asian power grid collapse started in November 2020 when China effectively banned Australian coal imports after Canberra supported an international investigation into Chinese management of the pandemic. Because more than half of China’s domestic energy needs are met by burning coal, the prohibition caused an energy shortage. To reduce electricity consumption and further tighten control over its domestic financial system, China barred all cryptocurrency-related activity.

Displaced crypto miners sought a new home in Kazakhstan because the country offered many advantages. Cryptocurrency operations are clearly regulated there, and the tax structure, although evolving, provides a reasonable platform to conduct business. The Kazakh energy market is highly regulated to provide subsidized power, and the cold climate in the north is favorable to cool heat-generating computer server farms. While some miners have registered with the state and complied with laws, a significant gray market of unregulated firms exists on the periphery of the industry. In November, The National Association of Blockchain and Data Center Industry clearly identified the benefits of cryptocurrencies, stating, “Bitcoin mining brings important tax revenue, innovation, and jobs to our local economy.” This closely aligns with the country’s “Kazakhstan 2050” plan to digitize the economy and attract investment to underpopulated areas.

The rapidly expanding crypto industry brought several unanticipated challenges. Crypto mining is an energy-intensive process that caused Kazakh electricity demand to surge 8% last year, far outpacing the typical 1% or 2% growth. When rural areas and small villages added seasonal electricity demand for heat, the system broke down. Sporadic blackouts plagued six regions throughout the fall. Kazakhstan has struggled to provide power to registered crypto mining operations, deter gray-market miners, and meet the needs of existing consumers. Power generation is limited by aging plants, a third of which are older than 30 years. Soviet-era transmission lines are inefficient and suffer losses of 15% across the network that connects to neighboring countries.

Government initiatives have tried to balance the supply and demand for electricity. To discourage energy overconsumption, the central government implemented a 1 tenge electricity rate surcharge, about a 4% increase in total energy costs, on registered crypto miners last month. To manage the demand for power, state-owned Kazakhstan Electricity Grid Operating Company routinely reduced the supply of energy to mining operations. The results were insufficient to prevent a catastrophic collapse.

IMPLICATIONS: The immediate effects of the systemwide blackout were disruptions across the business and household sectors in Uzbekistan, Kyrgyzstan, and southern Kazakhstan. Tashkent International Airport was closed to arrivals, dozens were trapped in elevators and on ski lifts near Bishkek, and the Tashkent subway system was shut down, stranding more than 450 people in train cars. While engineers worked to restore electricity, heat and gas service was off for much of Almaty. Nur-Sultan was unaffected because it is on a different power grid. There were no reported deaths directly attributed to the blackout.

The next steps remain challenging for the region. Akylbek Japarov, chairperson of Kyrgyzstan’s Cabinet of Ministers, has called for a joint commission to investigate the causes of the power failure. He characterized the outages as unprecedented since the country’s independence 30 years ago. Given the abundance of hydroelectric and carbon resources in the region, it is astonishing that the countries still rely on Russian-generated electricity that must travel more than 2,000 kilometers (about the distance from Florida to New York). It is extremely inefficient to transport electricity that distance, and relying on Russian power generation to light Almaty, Bishkek, and Tashkent may not be feasible as global energy prices rise.

The legacy of the Soviet power grid system will need to be addressed by each country affected by the blackouts. To that end, Kazakhstan plans to invest US$3 billion in new power transmission lines by 2025; another US$60 billion is slated for new power generation and new networks and regional power distribution organizations by 2040. As part of the “Kazakhstan 2050” plan, the country aims to have half of its energy generated by renewable sources. That effort has been supported with a more lucrative price auction system for renewable energy in lieu of lower fixed tariffs. Kyrgyz and Uzbek hydropower production is constrained by water resources that are subject to periodic drought conditions.

Kazakhstan’s capacity to expand its electricity generation and transmission was insufficient in the face of a rapidly growing technology industry. In the short term, Kazakhstan has options to manage this. With the notable exception of renewables, the Kazakh government does not set energy prices in accordance with market forces. There are good reasons for this: Sudden price increases, as happened last month with the doubling of petrol prices, can cause economic and social instability. Because crypto mining accounts for the increased marginal demand for electricity and contributes to grid instability, a solution is to charge miners a variable free-market rate for electricity. As prices rise, some servers will be idled, thus freeing up energy for the rest of the grid. The threat of damaged equipment would be reduced since complete shutdowns would be avoided. There is certainly room to raise electricity prices and not drive away miners. Even with the modest 4% surcharge on crypto mining, Kazakhstan’s electricity prices are half those in the world’s largest crypto mining country, the United States. Regardless, some crypto miners are already leaving Kazakhstan for more stable environments; this could threaten future digitization (in particular, the utilization of blockchain technology) of the economy.

Regulators and crypto mining companies can look for more creative solutions to meet electricity needs. In Texas, miners recently voluntarily shut down operations during extreme freezing weather to enable resources to be used by consumers. Some miners are using “stranded” natural gas from disused wells to power their operations nearby. In Pennsylvania, miners are burning environmentally hazardous coal waste to power their servers. While this disproportionately contributes to carbon dioxide emissions, it does remove potential toxins from abandoned coal pits. It is also possible to expand beyond crypto mining toward non-financial blockchain-hosting servers. This would diversify and add social value to crypto operations and more broadly justify their role in the economy.

CONCLUSIONS: Crypto mining was the proverbial straw that broke the camel’s back. Sparked by Sino-Australian disputes over the pandemic that created an unofficial embargo on coal, that resulted in a Chinese energy crisis, that forced the sudden relocation of crypto mining operations to Kazakhstan, and that overwhelmed the unified Central Asian power grid, the blackout stemmed from a chain of global events that was impossible to predict. Structural and regulatory changes must be made in Kazakhstan’s energy market to achieve broad economic growth as envisioned by the “Kazakhstan 2050” blueprint. Some solutions are straightforward, like free-market electricity pricing for crypto mining and voluntary consumption restrictions. Other choices require long-term regional planning to recenter how energy is generated and transmitted. Creativity from the crypto miners and flexibility from regulators will need to combine to navigate the unpredictable global environment for energy, finance, and sustainable economic growth.

AUTHOR’S BIO: Tony Pizur is a college professor based in Florida. He has a master's degree from Brown University and a PhD in economics from the International University of Kyrgyzstan.