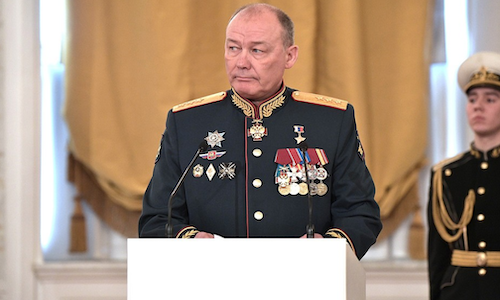 BACKGROUND: Since 2010, Russia has sharply increased its military presence in the Caspian. According to Russia’s defense planning, the Caspian Flotilla will be reequipped with almost 76 percent new models of military equipment in 2020. Currently, the flotilla includes more than 70 ships and vessels and consists of several brigades and divisions of ships, units of marine infantry, coastal missile and artillery troops. In 2018, a regiment of marine infantry was formed in Dagestan. Moreover, the MoD plans to complete the construction of a new military port in Kaspiisk in 2020.

The main drawback of Russia’s current naval base in Astrakhan is its geographical location. The northern part of the Caspian Sea freezes during the cold season and naval activities in winter requires the use of icebreakers, which is the main weaknesses of the flotilla. The new facility in Kaspiisk will be designed to for deployment of large surface ships equipped with high-precision weapons. After construction is completed, it will be Russia’s main naval base in the Caspian. The relocation of vessels to Kaspiisk started in December 2018.

The Russian MOD has not declassified the total cost of the new base, however, it has announced that half a billion rubles was spent only on research and design work. The flotilla is also awaiting substantial replenishment in the coming years. According to the commander of the Caspian Flotilla, Rear Admiral Sergey Pinchuk, this includes two missile boats and two air-cushioned landing crafts. By the end of 2018, work was still ongoing to complete a berth for warships and support vessels in the dry cargo harbor of Makhachkala.

According to Russian experts, the relocation to Kaspiisk will provide several advantages to the Caspian Flotilla. In addition to the southern location, Kaspiisk provides a mooring front protected from waves, dry docks, areas for repair, and bases with material resources. Moreover, the relocation will increase combat readiness and make it much easier to move ships into active service positions.

IMPLICATIONS: Despite Moscow’s continuously peaceful statements and its insistence on the importance of keeping the Caspian as conflict-free basin, Russia has in recent years increased its military presence in the Caspian Sea. The Caspian is a valuable asset for the Russian military due to its location in close proximity of the Middle East and directly adjacent to the Caucasus and Central Asia. The Caspian Flotilla could be utilized for military operations in the Middle East and for muscle flexing in the Sea of Azov and in the Black Sea.

In 2018, Russia’s Caspian flotilla exercised a new tactical method. According to the head of the SMD’s press office, the “Wall” method, a special system relying on formations of reconnaissance ships, aircraft and fighter jets, together with the capabilities of the coastal air defense systems, allowed for a significantly increased detection range of low-flying targets, including cruise missiles. Moreover, the new tactic opened up new possibilities for the Podsolnux-E surface-to-surface radar station and the use of Buk-M3 (SA-17 Grizzly) surface-to-air missile systems at sea. The exact technical characteristics of the Podsolnux-E version utilized by the Russian Armed Forces are classified. Yet, the best export options can locate aircraft at a range of 200-500 kilometers and at an altitude of 5 meters.

Nezavisimaya gazeta termed the tactic a “Caspian Wall” against U.S. Tomahawks and stressed that the method currently piloted in the Caspian could be used by Russia’s naval forces in the Mediterranean in case of a new U.S. missile strike operation against Syria. In 2018, exercises in the “Wall” tactic was one of the main elements of joint drills involving different-type forces in the SMD. According to the SMD, systematic joint training of the air forces of the Black Sea Fleet and Caspian Flotilla has enabled the development of new inter-group combat capabilities, and also to improve the system of combat training. Moreover, the Black Sea Fleet, the Caspian Flotilla, the Air Forces and the Air Defense Forces of the SMD established anti-missile lines along the Black Sea and Caspian coasts during a “joint day of combat against cruise missiles.”

Since April 2018, MiG-31 fighter jets armed with Kinzhal hypersonic rocket systems have been patrolling in the Caspian Sea region. The Russian MOD stated that the patrolling is carried out within the framework of strategic deterrence. Moreover, four Russian carriers of Kalibr cruise missiles are deployed to the Caspian Sea (a missile ship of the 2nd rank of the project 11661K Dagestan, as well as small rocket ships of the 3rd rank of the project 21631 Uglich: City Sviyazhsk and Great Ustyug, with a total salvo of 32 missiles). The radar company Kaspii, armed with P-18RT radars, recently started to operate in Kaspiisk. The radars are capable of detecting targets at altitudes from a few meters to tens of kilometers, and most importantly, they can direct airplanes and air defense weapons at the target. The new radar has capabilities similar to long-range radar detection aircraft.

Thus, Russia could use its forces in the Caspian basin not only to establish a conventional defensive deterrent but also for offensive operations, demonstrated by the launch of cruise missiles from the Caspian Sea during Russian operations in Syria.

It should be underlined that these activities are not targeted against littoral states, whose limited military capabilities do not warrant the aforementioned exercises or the development of the “Wall” method, but against strong adversaries such as NATO. Recent activities also suggest that Russia may plan to expand its A2AD capabilities in the Black Sea towards the Caspian in coming years.

CONCLUSIONS: The strengthened Russian military presence in the Caspian is driven mainly by the geopolitical and economic importance of the basin. The Caspian is a valuable asset for the Russian military, given its close proximity to the Middle East and its direct adjacency to the Caucasus and Central Asia. As the operation in Syria demonstrated, the Caspian Sea is a safe launching pad for cruise missiles, and naval forces equipped with high-precision weapons play an important role in the Kremlin’s Middle East strategy. Russia seeks to block access to the basin for outside actors, i.e. the U.S. and the EU. The Caspian is also rich in oil and gas resources and plans exist for the construction of an alternative energy corridor from Central Asia to the West through the South Caucasus across the sea. The region also has several international transportation road routes. In addition, Russia’s military presence in the Caspian allows it to control the former Soviet republics among its littoral states as well as the North Caucasus. Smaller littoral states can only cautiously observe the process of power balancing in the region between Russia and the West, which will unavoidably affect the security situation around the Caspian Sea as well. Moreover, in the recently signed Convention on the Legal Status of the Caspian Sea, Russia not only legalized its military hegemony in the Caspian; it can also legally prevent the military presence of outside powers in the region, while reserving the option of using the basin as a testing ground and even to conduct military operations in the region. Russia’s forces in the Caspian protect its interests not only in the region itself, but could also participate in military operations in the Middle East, in the Sea of Azov and the Black Sea if needed.

More in this category: « Armenia's New Government Struggles with Domestic and External Opposition Georgian Politics: Awaiting Revitalization »
back to top