Elite fighting and the unrest in Kazakhstan

On January 18, Kazakhstan’s former president Nursultan Nazarbayev gave a first video-recorded speech to the nation since the deadly unrest that shook the country in early January. In his address, Nazarbayev vehemently denied that there was any struggle for power in Kazakhstan’s top political echelons and called for supporting incumbent president Kassym-Jomart Tokayev. Yet there are many indicators that Nazarbayev, his family members and close associates are currently losing their posts in the state apparatus while president Tokayev concentrates his powers. The fast pace by which Nazarbayev’s legacy is dismantled by his successor in the aftermath of the recent deadly turmoil and CSTO intervention suggests that Kazakhstan’s carefully planned and micromanaged succession of power might have failed. 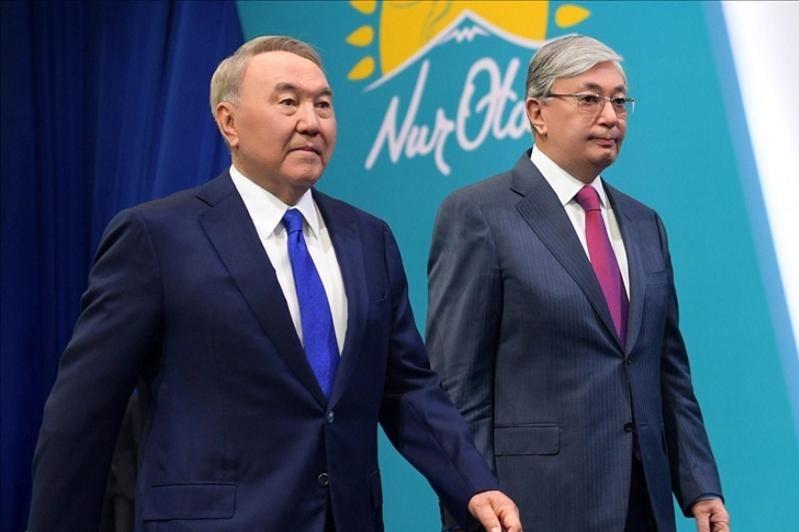 BACKGROUND: At the outset of 2022, an unprecedented wave of protests and state violence shook Kazakhstan, resulting in hundreds of dead and injured, and ending in a military intervention by Russia and a few other Collective Security Treaty Organization member states.

Simultaneously, a crisis has unfolded in Kazakhstan’s upper political echelons, manifested in a purge against former president Nazarbayev, his relatives and close associates. This indicates that the carefully crafted and micromanaged succession of power in 2019 might have ended in failure. Convincing evidence exists that Nazarbayev prepared the transition of power for years in order to avoid destabilization and to retain significant powers while staying immune from prosecution.

Still, Nazarbayev and his circle still sought to curtail the incumbent president’s powers in formal and informal ways. Reportedly, Nazarbayev’s entourage worried particularly about Tokayev’s plans for economic and political reform, which they regarded as infringing on their interests. On several occasions, the incumbent president sought to dismiss Askar Mamin, a close ally of Nazarbayev who was appointed soon before Tokayev assumed the presidency, and was able to do so only on January 5. In 2020, Tokayev removed Dariga Nazarbayeva, the former president’s middle daughter from the Senate Speaker post. This is a constitutionally important position since the Senate Speaker takes over the president’s prerogatives if the latter dies or becomes incapacitated. Tokayev also ordered a corruption probe against top officials, close associates of Nazarbayev, who were involved in constructing a light railway in the country’s capital.

Despite the fact that Tokayev himself is or used to be a close ally of the former president, he has motive to disassociate his rule from unpopular parts of Nazarbayev’s legacy and marginalize the former president and his circle in a populist gesture to placate the angered society which demanded his departure. During the recent protests, much of the public anger focused on Nazarbayev and his family, who were seen as responsible for building a system of social inequality, kleptocracy and corruption. Demonstrators tore down Nazarbayev’s statues and chanted “Shal ket” (“Old man, leave!”). Such incidents were previously unseen in Kazakhstan as any criticism of Nazarbayev, who held the honorary title of Elbasy (“Leader of the nation”), was penalized.

Some analysts have suggested that Nazarbayev loyalists especially in Kazakhstan’s main security force, the National Security Committee (KNB), might have used the unrest to stage a coup against president Tokayev or stayed deliberately passive during the violent protests. This theory was partially substantiated by Tokayev himself as the president ordered a purge in the KNB and publicly criticized the behavior of its officers during the unrest. Moreover, some specialists point out that the worst unrest took place in Almaty, which is controlled by members of Nazarbayev’s clan while his nephew Samat Abish served as KNB deputy chief at the time of the protests. The presence of well-armed gangs in the city, which quickly took over important government buildings, and the passivity of the security services are presented as indications that some of Nazarbayev’s relatives might have been implicated in the violence in Almaty.

IMLICATIONS: On January 5, President Tokayev dismissed Nazarbayev from his lifetime post of chairman of the Security Council, an important body that oversees the security apparatus. In late January, Tokayev took over another position previously occupied by his predecessor and became leader of the ruling Nur-Otan party.

On January 19, the parliament’s lower chamber, the Mazhilis, officially relieved Nazarbayev of his lifetime positions as a chairman of the Security Council and the Assembly of Kazakhstan’s People. On February 2, the Mazhilis approved a bill that will strip the former president of his prerogative to coordinate the country’s foreign and internal policies. In official addresses, top officials stopped calling Kazakhstan’s capital city Nur-Sultan as it was renamed in 2019 to honor Nazarbayev.

Additional relatives of Nazarbayev have subsequently lost their positions. On January 17, Timur Kulibaev, one of Kazakhstan’s wealthiest men and husband of Nazarbayev’s daughter Dinara, stepped down as a chairman of Kazakhstan’s National Chamber of Entrepreneurs. Nazarbayev’s other two sons-in-law, Kairat Sharipbayev and Dimash Dosanov, lost lucrative positions in the state energy companies. On January 25, it was announced that Berik Imashev, father-in-law of Nazarbayev’s grandson Nurali Aliyev and chief of the Central Election Commission, was relieved of his duties. Nazarbayev’s relatives and close associates were also expelled from the Nur-Otan political council, including Dariga Nazarbayeva, Askar Mamin and Bauyrzhan Baybek, another Nazarbayev ally who was the party’s deputy chairman.

Relatives and close associates of the former president are not only loosing lucrative positions; their immense wealth and business interests are likely at stake. Tokayev has repeatedly said that the entrenched social inequality in Kazakhstan was to blame for the recent protests. To tackle these problems, the president announced the creation of a special purpose endowment, the People of Kazakhstan Fund, which will finance a vast array of social initiatives such as healthcare, education, welfare, employment and income inequality. The endowment will be overseen by the public and will be funded by major state companies and wealthy businesspersons.

This is likely a blow to the financial interests of Nazarbayev’s relatives and associates, who constitute the majority of Kazakhstan’s wealthiest people. Tokayev did not hide the fact that the new project will target the former president’s inner circle; in a public announcement, he said, “thanks to the first president, the Elbasy, a group of very profitable companies and a stratum of people rich even by international standards have appeared in the country. The time has come to pay tribute to the people of Kazakhstan and help them on a systematic and regular basis.” However, the Nazarbayev family’s businesses are already being targeted. On January 11, Tokayev publicly instructed to end cooperation between state institutions and the Operator ROP Company, which is allegedly affiliated with the former president’s daughter Aliya. On January 26, the state anti-corruption body announced that the chairman of the company, Medet Qumarghaliev, as well as Deputy Ecology Minister Akhmetzhan Pirimqulov, had been arrested on corruption charges.

CONCLUSIONS: The opacity of Kazakhstan’s political life makes it difficult to verify most of the circulating theories about the reasons for the anti-Nazarbayev purge, which has swept across Kazakhstan’s elite in the past few weeks. Assertions that Nazarbayev’s relatives were implicated in a coup d’état attempt cannot be independently verified, although past tensions between some of them and the incumbent president, as well as the recent purge of the KNB indeed suggest that this may have been the case. Further complicating the picture is that the interests of Nazarbayev and his entourage are diverse. Members of the clan have often acted individually and were embroiled in conflicts with each other over economic assets.

Another possible scenario is that the incumbent president moved first to remove Nazarbayev along with his relatives and associates; exploiting the anti-Nazarbayev angle of the recent protests as a pretext. A third possibility that has been suggested is that the former president and members of his clan are quitting their positions to placate the public, while in reality they informally retain their immense wealth and influence; or that they are trading the less relevant posts to protect their more important political and financial interests from the purge.

What we do know is that Kazakhstan’s political elite is undergoing a sweeping change, which will allow president Tokayev to consolidate power and to remove obstacles to the serious economic and political reforms that he has previously announced.

AUTHOR'S BIO: Natalia Konarzewska (  This email address is being protected from spambots. You need JavaScript enabled to view it. ) is a graduate of the University of Warsaw and a freelance expert and analyst with a focus on political and economic developments in the post-Soviet space.

More in this category: « The “Last Soviet Children” Complete Takeover of Kyrgyz Politics Turkmenistan: An Upcoming Dynastic Transition? »
back to top