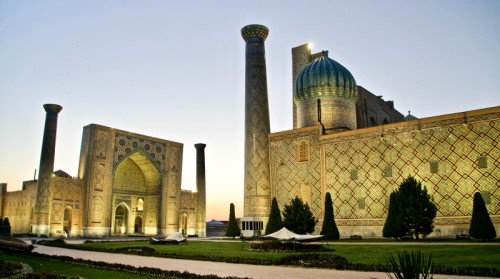 BACKGROUND: Regionalism in Central Asia, on the backburner for 10 years from 2006 to 2016, was revitalized at the initiative of Uzbekistan’s second President Shavkat Mirziyoev who proclaimed immediately after ascending to power that Central Asia would be a priority in Uzbekistan’s foreign policy. Since then, the leaders of the five regional states have decided to gather regularly for so-called Consultative Meetings. The first such meeting took place in Astana in March 2018, the second in Tashkent in November 2019. This has been evaluated as a cautious but promising relaunch of the regional cooperation and integration process that was initially proclaimed in 1991.

However, the new regional process appears to be unstable, controversial and susceptible to geopolitical winds. The announcement that the third Consultative meeting is postponed until 2021 was reminiscent of a similar postponement of the second meeting in 2019. The Bishkek meeting was officially canceled due to the COVID-19 pandemic. However, this explanation is unconvincing since COVID-19 did not preclude online meetings within other formats, such as “C5+1”, the Turkic Council, the CIS summit, and the SCO summit – all held this year. It remains unclear why the third Consultative Meeting could not be held online, as well.

Some observers pointed to another circumstance that supposedly prevented the expected meeting of Central Asian leaders: on October 4 2020, parliamentary elections took place in Kyrgyzstan, which appeared to be fraudulent and organized in favor of pro-government parties. The subsequent outrage among the public and opposition parties forced the acting president to resign. The disturbances in Kyrgyzstan may have been a reason for the postponement of the Central Asian summit. However, political uncertainty and instability did not prevent Kyrgyzstan’s Interim President Sadyr Djaparov from participating in the online SCO summit on November 10. Thus, the country’s political situation cannot justify the cancellation of the 2020 Consultative Meeting.

Indeed, in the wake of the political upheaval in Kyrgyzstan, the other four Central Asian states issued a Joint Statement expressing not only common concern over the events, but also emphasized that the Kyrgyz are brotherly people. The statement reminded that all Central Asian neighbors are linked through centuries-long bonds of friendship, neighborliness and common cultural and spiritual values, calling on the Kyrgyz people to demonstrate wisdom in order to save peace and stability in the country.

IMPLICATIONS: In this context, the four Central Asian presidents and the interim president of Kyrgyzstan could have gathered online for the third Consultative Meeting and included in the meeting agenda, among other things, a discussion on the situation in Kyrgyzstan. Such a discussion could reflect the inviolability of friendship and unity of all countries and peoples of the region, especially in the difficult times related to the pandemic or political disturbances. Both the pandemic and political instability were in fact a serious test for all countries of the region to revalidate their commitment to common agreements under the most difficult circumstances.

Interestingly, against the backdrop of the reluctance of Central Asian presidents to meet, the presidents of Kazakhstan and Uzbekistan agreed to provide Kyrgyzstan with economic and humanitarian assistance. This was officially announced on November 12. On November 14, a telephone conversation took place between Mirziyoev and Djaparov, who discussed further development of Uzbek-Kyrgyz relations of friendship, good neighborly relations and strategic partnership. The gesture from Kazakhstan and Uzbekistan may be considered compensation for the lack of a stronger and more consolidated pentalateral process. Yet regardless of some positive efforts, the regional process indeed seems to take “one step forward, one step back.”

The controversial machinations in the region-building process reproduce suspicions about the “invisible hand” of geopolitics. As in most significant areas of the world where the interests of great and regional powers intersect, competing external forces are active in Central Asia, interested in either preserving or changing the status-quo in the region. Since independence, Central Asia has permanently been exposed to the geopolitics of great powers with different positions concerning regional integration perspectives.

The above-mentioned Joint Statement on the situation in Kyrgyzstan can be considered a manifestation of the Consultative Meeting, since the four states joined voices and expressed a common view. The third Consultative Meeting will most likely be held after all. However, if the pandemic lasts longer or if any other political disturbances break out, the meeting risks being postponed again.

It is noticeable that the relative passivity of Central Asian leaders regarding the intra-regional format contrasts with their activity in various extra-regional formats. This imbalance raises confusion over the process of regional integration, for example regarding the sharp contrast between the pseudo-integration within the Eurasian Economic Union (EEU) and the indecisive integration of Central Asia. Moreover, on November 10, Uzbekistan’s Minister of Foreign Affairs Abdulaziz Kamilov met the Chairman of Afghanistan’s High Council for National Reconciliation Abdullah Abdullah. Both sides pointed to the importance of Afghanistan’s involvement in Central Asia’s integration process. This indicates the seeming importance attached to mentioning the integration process in engagements with other countries, whereas the process is facing serious fluctuations within Central Asia itself.

Meanwhile, during the SCO summit that was conducted online on November 10, the member states expressed their commitment to what they called the “Shanghai spirit.” A similar rhetoric and normative vision is lacking in Central Asia. Indeed, the five countries would be well served by articulating a “Central Asian spirit,” a normative vision that awards priority to this region over other regions and broader formats. With or without the geopolitical burden, intentionally or unintentionally, Central Asian leaders have created for themselves a sort of “engagement-disengagement” dichotomy within the region. When they engage more with the EEU or SCO or other organizations, they seem to disengage from their own regional cooperation.

Neither the EEU, nor SCO, nor other organizations in which the Central Asian states are members have a modest consultative character; however, the Central Asian regional format has. The very fact that they revitalized the regional meetings of presidents in 2018, after a break lasting a decade, reflects at least two things: a) that they recognized the value and reality of the region as a common home that needs repairing; and b) that they are ready to proceed towards closer region-wide cooperation. These two things – recognition and readiness – are rather static categories that should be manifested in a dynamic process. The latter – dynamics – is sluggish so far.

One reason for the delays of the Consultative Meetings is that they are just consultative. This format cannot provide an adequate framework for any serious advancement of the regional process. The Consultative Meeting format must be transformed into a weightier and firmer structure if the five states want to avoid falling into the trap that they can unintentionally create by diminishing the vital importance of regional integration and by unnecessary self-restraint due to fears of the mythical geopolitical consequences of integration.

CONCLUSIONS: The reductionist and at the same time eclectic vision of the regional perspective caused by strategic hesitation, geopolitical pressure and normative deficiency cannot but slow regional integration when it is urgently needed to speed up this process. Neither the pandemic, nor political instability can justify the delay, which will reproduce the “one step forward, one step back” modality and contribute to stagnation in the integration dynamics.

Regional activism and dynamism, and commitment to common agreements should be constantly demonstrated and maintained at the level of Consultative Meetings, which is actually the minimal task – minimal because this format should be regarded as just the first major step towards future integration. Until and unless the Consultative Meetings are transformed into a somewhat institutionalized entity, there is no guarantee that the next meetings will not continue to be postponed for different reasons.

More in this category: « The US-Taliban Deal and its Impact on Iran-Pakistan Relations More than Just Friends? New Azerbaijan-Turkmenistan Agreement on Joint Energy Production in the Caspian Sea »
back to top