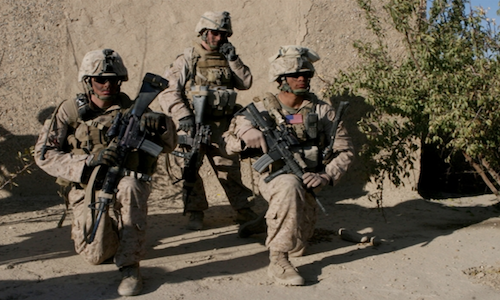 BACKGROUND: On February 29, the U.S. and the Taliban entered into an agreement to end the war that has been going on for 18 years. The agreement was designed to restore peace in Afghanistan and to facilitate the withdrawal of U.S. troops. Among the important implications of the deal are Pakistan’s increasing importance in Afghanistan, the sidelining of the Afghan government and the increasing political prominence of the Taliban.

The withdrawal of U.S. forces and support from Pakistan will only make the Taliban stronger and its hold over Afghanistan firmer. A major role for the Taliban in Afghanistan will also affect Iran-Pakistan relations. Iran has built closer contacts with the Taliban since 2003, against the backdrop of its deepening conflict with the U.S. Meanwhile, Iran’s relations with Pakistan are strained. Several cross border skirmishes have occurred and their bilateral interaction is also affected by their relations with other players, particularly the U.S. and India.

The major driver of Iran’s interest in Afghanistan and the Taliban is to counter the U.S. Since Pakistan will remain a key actor in Afghanistan, Iran’s increased role in the country will depend largely on improving its relations with Pakistan. Therefore, the rise of the Taliban could provide a positive catalyst for Iran-Pakistan relations.

IMPLICATIONS: Iran has taken a long-term interest in developments in Afghanistan and has participated in them to a degree. In the 1990s, Iran supported the Afghan forces fighting the Taliban, as did the U.S. However, as the U.S. declared Iran part of the Axis of Evil in 2003, Iran took a more favorable stand towards the Taliban and started developing ties with the group from 2005. In 2012, the Taliban opened an office in Mashhad, Iran. Taliban leaders have also visited Tehran from time to time.

Iran has supported the Afghan Taliban with weapons, training and money, according to a Pentagon report. Despite Iran’s previous disagreements with the Taliban, it has sought to build a relationship with the group in anticipation of the Taliban becoming an influential actor in Afghanistan, which will in turn increase Iran’s influence in the country.

While supporting the Taliban, Iran has also sought a role in the Afghan peace process. Iran has said it will continue to talk with the Taliban, but with the Afghan government’s knowledge. While supporting the Intra-Afghan talks, Iran maintains that they should include the government as well as all parties and groups, claiming that Iran supports stability and security in Afghanistan but raising doubts about U.S. intentions.

Iran’s main motivation for siding with the Taliban is its rivalry with the U.S., which has only become more pronounced after the killing of General Qassem Soleimani.

However, Pakistan remains the external actor wielding most influence over the Afghan Taliban. Pakistan has been a U.S. ally in Afghanistan since 2001 and played a key role in the recently concluded U.S.-Taliban peace deal. After the withdrawal of the U.S. forces, Pakistan’s influence in Afghanistan will likely grow even further. Thus, for Iran to become a serious player in Afghanistan, it needs to improve its bilateral relations with Pakistan. The two countries have a long non-demarcated border and Pakistan has accused Iran of sponsoring terror attacks on Pakistani territory.

While Iran and Pakistan do not have border disputes, several skirmishes and cross-border attacks have taken place along the border, for which the two countries have exchanged mutual accusations. In February 2019, an attack in Iran killed 27 security personnel. Iran assigned responsibility for the attack to the Pakistan-based terror group Jaish-al-Adl. In April 2019, an attack in Pakistan killed 14 security personnel, for which Pakistan blamed Iran-based groups. In 2017, Iran warned Pakistan that it would carry out strikes against terror groups located on Pakistani territory.

These cross-border attacks have been a major impediment to Iran-Pakistan relations. Yet, following the incidents in 2019, Pakistan has sought to de-escalate tensions with Iran and announced plans to fence the 950 km border. The two countries have also conducted meetings to expand border security cooperation.

Their respective ties with other powers also shape relations between Iran and Pakistan, particularly Pakistan’s cooperation with the U.S. and Iran’s clash with the latter over its nuclear program. Similarly, relations with India play a significant but reversed role in Iran-Pakistan relations; Iran has a cooperative relationship with India, which remains Pakistan’s main regional rival. India has developed the Chabahar Port in Iran, which will allow India a connection to Afghanistan and Central Asia through Iran. Chabahar also functions as a competitor to China’s Gwadar Port in Pakistan. Thus, any improvement of Iran-Pakistan relations will also affect, and be affected by, their ties with U.S. and India.

Driven by the threat it perceives from the U.S., Iran considers expanding its influence in Afghanistan to be an important national security objective and the withdrawal of U.S. forces opens a space for Iran become a strategic actor in the country. Yet if Iran is to achieve this, it requires developing some form of cooperation with Pakistan. Indeed, the U.S.-Taliban deal could present the catalyst that helps Iran and Pakistan to find common ground in Afghanistan.

Afghanistan’s political instability has been another impediment to Iran’s ability to gain influence in the country. After Afghanistan’s September 2019 presidential elections the presidential candidates Ashraf Ghani and Abdullah both claimed victory and were able to reach a power sharing agreement only in May 2020. As per this agreement, Ghani remains president while both sides will be allowed to appoint a number of ministers and Abdullah will lead peace talks with Taliban. Following the formation of a new government, Afghanistan’s foreign minister visited Iran and agreed to form a strategic cooperation pact between the two states. Iran also stressed the start of Intra-Afghan peace negotiations. Iran later held talks with Taliban in Doha, focused on establishing peace and areas of common interest between Iran and Afghanistan. These developments are taking place in parallel to the U.S.-Taliban peace talks, which concluded the most recent round in the first week of July. While peace and stability in Afghanistan remains uncertain, Iran continues to build ties with Afghan government as well as the Taliban.

CONCLUSIONS: The purpose of the U.S.-Taliban deal was to ensure peace and stability by making the Taliban one of the stakeholders in Afghanistan. However, the deal also poses the risk of further transplanting the U.S.-Iran rivalry to the country. President Trump’s drive to withdraw the U.S. forces at any cost presents Iran with an opportunity to gain a foothold in Afghanistan. For this purpose, Iran needs to mend its relations with Pakistan. Considering its rivalry with the U.S., its withdrawal from the nuclear deal and the imposition of sanctions, Iran is likely to make this a priority.

More in this category: « Border Problems in Central Asia: Dividing Incidents, Uniting Solution Central Asia's Integration Takes One Step Forward, One Step Back »
back to top