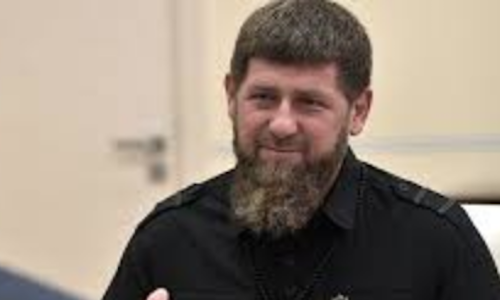 BACKGROUND: Khangoshvili was shot dead by a Russian national in central Berlin in broad daylight on August 23. He previously survived several attempts on his life when residing in Georgia. A former insurgent who fought against the Russian Army in Chechnya in the early 2000s and then continued to support Chechen insurgents from his base in Georgia’s predominantly ethnic-Chechen Pankisi Gorge, Khangoshvili remained a vocal critic of the Chechen leader despite obvious threats to his life. His assassination, which has so far led German authorities to explicitly condemn Russia and expel two Russian diplomats from the country in December 2019, is one in a series of lethal attacks on Kadyrov’s critics and rivals going back over two decades. Symptomatically, German authorities have pointed to Russia’s unwillingness to provide assistance to the German police investigation into the case.

The 2004 assassination in Qatar of Zelimkhan Yandarbiyev, former head of the Chechen Republic of Ichkeria, was among the first and most high-profile assassinations of Kadyrov’s enemies outside Chechnya. The murder of the Yamadaev brothers in Russia and Dubai in 2008-2009 further confirmed the pattern of Kadyrov-related assassinations. Another dissident, Kadyrov’s former bodyguard Umar Israilov, met a similar fate in Vienna in 2009. In 2017, an allegedly pro-Kadyrov Chechen attempted to kill Adam Osmayev, a former insurgent and a member of the anti-Russian Chechen militants fighting in Ukraine. While Osmayev survived the attack, his spouse Amina Osmayeva, also known for her anti-Kadyrov activism, was killed. The London-based de facto leader of Ichkeria, Akhmed Zakayev, is also believed to have been the target of several failed attempts by pro-Kadyrov assassins. The attacks on Kadyrov’s enemies have implicated both European members of the Chechen diaspora loyal to Kadyrov – so called “euro-Kadyrovtsy” – and hit men dispatched from Chechnya.

Kadyrov has displayed a similar attitude towards his critics in Russia and abroad. Public figures as well as regular citizens in Chechnya and Russia who dared to oppose or challenge the Chechen leader were offered an opportunity to apologize in public. The latest in a series of public apologies to Kadyrov were offered by the well-known journalist Maxim Shevchenko. In 2016, a member of the Russian parliament, Konstantin Senchenko, was forced to apologize to Kadyrov and in 2017 a similar type of apology was extracted from the Chief Rabbi of Moscow, Pinkhas Goldschmidt.

Much harsher methods were applied to ordinary Chechens suspected of criticizing Kadyrov or his government. Numerous individual Chechen residents have been forced to apologize to Kadyrov on public TV and in some cases, to Kadyrov or Chechen officials in person. Most of these apologies were followed by the expulsion of the offenders and their entire families from Chechnya.

IMPLICATIONS: In Chechnya as well as in Russia, Kadyrov has a reputation for being extremely vindictive. On numerous occasions, Chechen and Russian individuals – even politicians and public figures – were forced by his closest entourage to publicly ask Kadyrov for forgiveness for minor issues unrelated to the Chechen leader, a kind of public humiliation recently established by the pro-Moscow Chechen elites.

While Kadyrov has striven to maximize his clout within Chechnya, his activities have in recent years brought diaspora Chechens to the forefront of his interests. According to information obtained by the authors of this article, Kadyrov has established teams of “internet spies” who monitor the social networks-based activities of members of the Chechen diaspora, as well as their involvement in public activities that “compromise” or “denigrate” Chechnya’s “legitimate leadership.” Grozny has also sent emissaries to various Western European countries to monitor – and affect – the policies of Chechen diaspora organizations, calling on Chechen asylum seekers and those who have been granted political asylum to return to their home country. Allegedly, provisional Chechen departments have been established at several Russian embassies with the same objective. According to some Chechen diaspora activists, Kadyrov’s spies have infiltrated Chechen refugee communities, a statement that we were not able to prove.

Those who continue to comment critically on the regime or on Kadyrov personally have, according to several sources, frequently been threatened or physically attacked, most likely by the Chechen leader’s emissaries who have managed to make their way to Western European countries. In other cases, threats have been directed at their relatives still residing in Chechnya, which have been subjected to discrimination or forced to leave the country.

Several Chechen youngsters living in Western Europe have disappeared in Chechnya when traveling to their homeland, raising widespread fears in the diaspora of the regime keeping “blacklists” of “disrespectful” diaspora Chechens. Some Western-based dissidents, for instance the currently most vocal opponent of the Kadyrov regime, blogger Tumso Abdurrakhmanov, have become primary targets of Chechen authorities. High Chechen officials, including Kadyrov himself, have periodically channeled threatening messages to Abdurrakhmanov and other Western-based opponents demanding their extradition to Chechnya. According to Kadyrov himself, no one disrespecting him should be left in peace because this goes against the Chechen culture of honor by which “one must be held responsible for one’s words.”

As a result, many diaspora Chechens have limited their public criticism of Kadyrov and his regime, particularly if it is thought to be personally offensive to Kadyrov. They avoid commenting on Kadyrov on widely-read social networks, especially those operating in the Russian language and believed to be screened by Kadyrov’s men. Those who have continued to comment negatively on the Chechen strongman, all threats notwithstanding, have refrained from visiting Chechnya out of fear of being placed on a “blacklist” and subsequent revenge. Thus, diaspora-based Chechen intellectuals and public activists often minimize their traceable criticism of Kadyrov or use anonymous accounts and some non-Chechen scholars and journalists have followed suit.

The first author of this article has recently witnessed a dramatic change in the attitudes of Western-based diaspora Chechens. Many, including former insurgents and Kadyrov’s one-time personal enemies, who have cooperated closely for years, providing valuable – and often sensitive – information about the peculiarities of the armed conflict in Chechnya, have recently distanced themselves from the author. Some ask to withdraw information that they provided years ago from publications. Several respondents have discontinued their contacts with the author or claim they do not know him, all due to their fear of being identified from scholarly articles – in order to avoid persecution of themselves, their families, and their relatives left in Chechnya. This illustrates the extent of the fear spread by Kadyrov not only in Chechnya and Russia, but also in seemingly secure places like Western Europe, in order to mute all criticism that might challenge his rule – or which he finds disrespectful to his person.

CONCLUSIONS: The assassination of Khangoshvili indicates three important observations relating to Kadyrov’s persecution of enemies abroad. First, Kadyrov pursues his enemies regardless of the time passed since they left Chechnya and regardless of their location outside of the Russian Federation. The Chechen leader’s perseverance to target offenders does not seem to wane and his enemies from the era of the Chechen Wars are as likely to be persecuted as younger critics, such as Abdurrakhmanov. Second, Kadyrov seems much more concerned with former Ichkerian officials and warlords than with internet-based critics among dissidents or diaspora members based abroad. It is clear that Kadyrov perceives the old Ichkerian “guard” as a particular threat to the stability of his regime. Third, Kadyrov remains open to co-opting members of the Chechen émigré community in Europe to return back to Chechnya, which is evident from Chechnya’s efforts to engage with the diaspora. Given that the murder suspect in Khangoshvili’s case is an ethnic Russian, it seems that Kadyrov sought to distance himself from the assassination as much as possible by involving a non-Chechen.

More in this category: « Azerbaijan-Russia Relations Warm Up What Will the U.S.-Taliban Peace Agreement Bring for Afghanistan? »
back to top