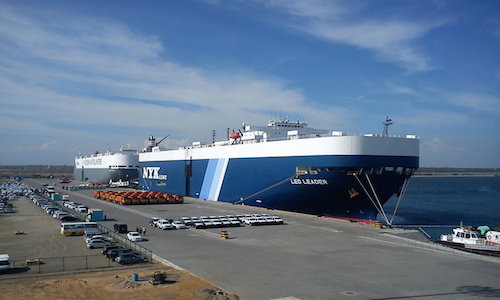 BACKGROUND: These Chinese loans have effectively forced the Sri Lankan state to abandon its territorial integrity and sovereignty over one of the most critical pieces of its infrastructure; one that possesses considerable strategic potential in the Indian Ocean. Few observers accept at face value Beijing’s statements that its interest in the port and the adjacent lands is exclusively commercial. We have seen too many Chinese power plays in the South China Sea to take such assurances seriously.

Moreover, this is neither the first Chinese action of this kind relevant to Central Asia, nor is such behavior confined to Sri Lanka. In late 2009, China requested that Kazakhstan allow Chinese farmers to use one million hectares of Kazakh land to farm soya and rape seed.  In 2004, the Kazakh autonomous region of Ili in Xinjiang obtained permission to lease 7,000 hectares of agricultural land – which had been abandoned since the 1990s – for ten years from the governor of the Kazakhstan border district, Lake Alakol. The roughly 3,000 Chinese renters now grow soya beans and wheat on the land. This transaction provoked scathing attacks in Kazakh media against the government, apparently out of concern that the country was being carved up at Beijing’s behest. Similarly in Kyrgyzstan, in 1999, more than 90,000 hectares of the Uzengi-Kuush region were ceded to China. Tapping into nationalist sentiment, the opposition used the settlement to try to topple the government.

In 2011, Tajikistan announced a new border rectification with China, which allegedly ensures Tajikistan’s territorial inviolability, definitively solves its border problems with China, and ensures its stability “for decades to come.” That statement implies that Tajikistan’s security vis-à-vis China would otherwise have been at risk. The details of this agreement indicate China’s visible presence in Dushanbe’s decision-making. Indeed, Shukhrob Sharipov, Director of the Presidential Center for Strategic Studies, argued that, “If we had not decided to transfer the land (at this time), we would not have been able to resist China’s pressure.” This agreement, allegedly based on a prior bilateral accord in 2002 that was ratified again in 2010, ceded about 1,100 square kilometers in the Pamir Mountains to Chinese farmers. This constitutes about 1 percent of Tajikistan’s territory, albeit in a sparsely settled area. Tajikistan’s government hailed this as a victory because China had actually claimed some 28,000 square kilometers and settled for only about 3.5 percent of its claims.

By the same token, Russia has on numerous occasions taken equity in return for borrowers’ debts to create privileged enclaves or even military bases in Armenia, Ukraine, Belarus, etc. It could do the same in countries like Venezuela, which teeters on the edge of default. Thus, while Sri Lanka’s lesson may be the most recent, it is by no means the only one.

IMPLICATIONS: the Sri Lankan experience casts doubts on the utility of China’s Belt and Road Initiative. Like much of China’s Central Asian policy, it grows out of domestic imperatives; the necessity of pacifying Xinjiang by large-scale economic investment; finding markets to soak up over-capacity in key industries for the building of large-scale projects; the drive to find viable outlets for the enormous hoard of cash, ranging in the trillions, that China has built up over the years; the burgeoning opportunities for truly connecting Asia and Europe; and China’s great power ambitions.

Central Asian governments cannot resist the prospect of a major investor offering to build very desirable infrastructural projects in their countries or alleviating their own economic difficulties. On the other hand, all of them clearly have misgivings about China’s role in their economies, polities, and its impact upon their societies. Thus they understand, as do external observers, that the Belt and Road Initiative could easily become a trap as it did for Sri Lanka, which is involved in China’s parallel maritime Silk Road project.

Yet the cautionary aspect of this story goes far beyond clarifying China’s motives behind the policy or the ambivalence in the responses of Central Asian and other states. The most significant takeaway from this experience is the importance of adopting better means of governance if they want to survive. Tajikistan’s President Emomali Rahmon is now soliciting more Japanese aid and investment in order to realize the national strategy. However, in both cases, even though the natural endowment of these countries was not great to begin with, the key problem is illegitimate governance. In Uzbekistan, Mirziyoyev and his team clearly believed that urgent reforms were needed. Tajikistan is a shining example of what the U.S. sociologist and political scientist Edward Banfield called amoral familism and Western analysts have all but labeled it a narco-state for its pervasive corruption.

The occurrence of illegitimate governance and malfeasance in administration corrode sovereignty. This is evident also in Ukraine, where the Yanukovych regime was so pervasively corrupt that much of its military and intelligence leadership were by 2014, in effect, Russian agents and acted accordingly. This problem continues to disfigure Ukrainian politics. Moreover, both in Ukraine and Armenia, the conspicuous corruption of the political elite ultimately led to the revolutionary outbreaks of the Orange Revolution, the Maidan, and Armenia’s revolution earlier this year. Thus, regimes exhibiting illegitimate governance run the risk of profound domestic instability, which further increases the risk of losing sovereignty and territory.

The threat of great powers utilizing weaker states’ debility to act in classic imperial fashion remains acute. In Venezuela, the incredible malfeasance of that country’s regime has placed it at the mercy of both Russia and China. They could, once the inevitable crash comes, replicate the policies we have seen in Eurasia and translate debt into equities. Syria furnishes another example as the extended leases on Russian bases and the contracts it has signed with Moscow indicate. While the need for large-scale investments is acute, it is necessary for all states who wish to take advantage of Beijing’s largesse to advance their economies and solve their own problems, in order to balance the potentially negative outcomes of China’s investment programs. This is as true for Latin America, Africa, South, and Southeast Asia, as it is for Central Asia and the Caucasus.

CONCLUSIONS: Even a country as large and powerful as Russia could face a similar experience. It is undeniable that the Sino-Russian relationship has grown ever closer since 2014 due to the imposition of Western sanctions and the two countries’ ever deeper “elective affinity” in terms of ideology and their domestic arrangements. Beyond that, Moscow’s growing dependence on Beijing for investments and trade as well as political support has obliged Moscow to sell off or make available assets to Beijing that were formerly off limits. Examples include huge Chinese investments in Rosneft, Arctic and other energy projects, trans-continental railroad lines, etc. Since firms like Rosneft and Russian railroads are paragons of illegitimate governance and corruption, we may also assume that the large sums of money involved in these investments include, to label them accurately, bribes or kickbacks. Russia’s ensuing dependence on Chinese largesse and China’s influence upon key domestic actors and constituencies have led to demonstrations against Chinese investment, but have also forced Russia to acquiesce to Chinese interests in ways that were heretofore inconceivable. Aside from equity in energy projects, these include major weapons platform sales of advanced systems and subordination of the Eurasian Economic Union to promises from China that it will be included in the Belt and Road Initiative. Thus, Sri Lanka’s lesson ultimately applies not only to the Caucasus and Central Asia, but also to Russia.

Dr. Stephen Blank is a Senior Fellow at the American Foreign Policy Council. He is the author of numerous foreign policy-related articles, white papers and monographs, specifically focused on the geopolitics and geostrategy of the former Soviet Union, Russia and Eurasia.

More in this category: « Uzbekistan-Tajikistan Relations: The Long Way to Strategic Partnership Political Crisis is Looming in Ingushetia »
back to top