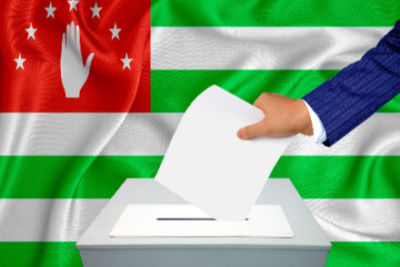 BACKGROUND: Abkhazia’s party system is characterized by a rivalry between the two established power blocs, which began to form at the beginning of the 21st century. The first opposition movement established in the early 2000s was Aytayra, later joined by Amtsakhara, representing the interests of the war veterans, and United Abkhazia. All of these movements later transformed into political parties. During the de facto presidency of Sergey Bagapsh, which followed a serious political crisis in 2004-2005, they all turned into pro-government parties.

In this situation, a new opposition began to form, representing the interests of groups competing with Bagapsh. During his tenure (2005-2011) and the tenure of his successor Alexander Ankvab (2011-2014), the opposition was led by the Forum of Abkhazian National Unity (FNEA). After Raul Khajimba became its leader in 2013, he managed to organize all significant political forces in Abkhazia in opposition against Ankvab. Only Amtsakhara reminded loyal to Ankvab. This fact enabled Khajimba to mobilize enough people on the streets to oust Ankvab in 2014. Subsequently, Amtsakhara turned into a leading opposition force and FNEA into the leader of the pro-government parties and movements.

After Khajimba himself had to resign in 2020 due to mass demonstrations, Amtsakhara has once again become the leader of the pro-government parties supporting the current de facto president, Aslan Bzhania. This block also includes United Abkhazia and the revived Aytayra. Meanwhile, the loose opposition to the current de facto president is represented by FNEA, Aruaa and Apsny. Despite the existence of well-established power blocks, Abkhazia’s parliament continues to face several problems.

Several factors decrease the parliament’s influence. First, the de facto president is a figure with significant powers as the de facto head of state. In Abkhaz clan society, the Council of Elders also plays a significant yet slowly diminishing role.

Second, the attitude towards political parties is more skeptical than towards socio-political movements, although these are not much different. Therefore, the voter is often guided by personal sympathies or family ties. This phenomenon is further strengthened by the fact that MPs are elected through the majoritarian system.

Third, the conduct of the elections were marred by gross violations of human rights on ethnic grounds. In the previous elections held in 2017, 131,523 voters were registered. This was 22,787 fewer than during the previous so-called presidential elections in 2011 and the parliamentary elections in 2012. This is the result of a discriminatory policy of the Abkhazian de facto government, which excludes the majority of ethnic Georgians living in the Gali region from the voter list. This is a consequence of the war in Abkhazia between Georgia and Russia (which actively supported the separatists in 1992-1993 and 2008), and the complete occupation of this region of Georgia, resulting in the expulsion of over 250,000 ethnic Georgians who are still deprived of the opportunity to return home and take part in elections.

However, despite the limited political influence of Abkhazia’s de-facto parliament, the recent "parliamentary elections" could significantly affect the further development of the political situation in the region.

IMPLICATIONS: With all 35 deputies elected, the new de facto parliament was chiefly formed after the second round of elections, cementing the position of de facto president Bzhania. There are three deputies in the “parliament,” who can conditionally be termed opposition and six deputies who do not have any political preferences. The rest of the deputies support the de facto government.

After Saida Butba was appointed the Chairwoman of the Supreme Court on March 21, the electoral result allows Bzhania to concentrate the control of all three branches of the government in his hands. Prior to her appointment, Butba was Bzhania’s representative in the parliament and was previously his long-time associate in the State Security Service.

The fact that Bzhania can secure a constitutional majority in the parliament with only three opposition deputies can also have serious consequences. During the meeting of the Commission on Constitutional Reform in November 2021, its members presented the concept of constitutional amendments to Chapters 3 and 4 of Abkhazia’s so-called Constitution.

Most members support a model in which the president is directly connected to the ministers; that is, the posts of prime minister and vice-premier are not present in this design. The president nominates ministers in the parliament and interacts directly with the executive branch.

The commission argues that the purpose of these changes to the constitution is to eliminate the dualism caused by the duplication of powers between the presidential administration and the government office. On the other hand, the commission also recommended that the de facto president designate ministers in consultation with the so-called People’s Assembly, which is now under his sole jurisdiction.

According to the members of the constitutional commission, such a redistribution of powers between the executive and legislative branches gives parliament additional instruments of influence on the political process.

However, the commission chairperson, Natella Akaba, warned that this model places additional responsibility on the de facto president’s shoulders, adding that these amendments can further aggravate the political situation in Abkhazia. Along with some other local experts, she proposed a movement in the opposite direction by delegating part of the president’s powers to the so-called People’s Assembly, thus establishing at least a partial balance of power among the two branches of government.

Moreover, some local observers warn that the president’s unprecedented control over parliament may decrease Abkhazia’s resilience against pressure from Russia. Over the last decade, Moscow has repeatedly lobbied for a whole volume of concessions from Sukhumi, such as lifting the ban on purchases of real estate in Abkhazia by Russians or denationalization of its energy system. Leonid Kalashnikov, chairperson of the State Duma Committee on CIS Affairs, Eurasian Integration and Relations with Compatriots, recently pushed Sukhumi to speed up the implementation of its “common socio-economic space” agreement with Moscow through harmonizing Abkhaz legislation.

In the past, when Abkhaz de facto presidents have explained to Moscow why this and other integrative initiatives do not get off the ground, they could always point to the presence of an obstinate parliament. With all power concentrated in the hands of the de facto president, it will likely be more difficult for Bzhania to explain to the Kremlin who and what is preventing the resolution of these issues. At the same time, considering the mounting problems caused by Abkhazia’s collapsing electricity supply infrastructure, Russian financial leverage in the region will likely grow even larger than it is today.

CONCLUSIONS: Although Abkhazia's de facto parliament is a relatively weak body, the results of the recent elections allow Bzhania to transform the political system and further consolidate his power. However, it should be recalled that the “constitutional” majority does not necessarily reflect the actual support for the pro-government parties among the local population. To a large extent, the outcome probably resulted from the misuse of administrative resources in combination with a highly ineffective strategy of the opposition parties. Therefore, a possible attempt by Bzhania to concentrate even more power in his hands could lead to a mobilization of opposition-minded people in the region. At the same time, an unprecedented concentration of power with the de facto president could paradoxically lead to a decreased ability to resist Moscow’s demands, some of which are extremely unpopular in local society.

Authors’ note: Under the conditions of Russia’s occupation of the region, local de facto authorities continue to carry out so-called elections. Georgia and the international community do not consider the de facto parliament or other de facto organs of occupied Abkhazia as legitimate. The de jure parliament and government of the Autonomous Republic Abkhazia are in exile in Tbilisi.

AUTHOR’S BIO: Tomáš Baranec is a Research Fellow and Head of the Caucasus Program of the Slovak think tank Strategic Analysis. He currently works as a field-researcher on the Georgian-Ossetian ABL. Tomas studied Balkan, Central European and Eurasian Studies at Charles University in Prague. Tengiz Gasviani wis a historian and Head of the division of Public Relations and Protocol of the Supreme Council of the Autonomous Republic of Abkhazia in exile.