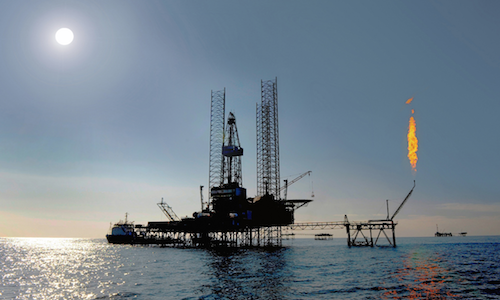 BACKGROUND: Armenia now gets much of its energy form the old Soviet nuclear power plant at Metsamor. This plant, however, is old and located in an area of high seismic volatility. Judging by Soviet standards, its maintenance probably owes something to chance. These factors make it a danger to Armenia and all of its neighbors and the prospect of a second Chernobyl is always there. Moreover, Armenia’s dependence on Russia to provide the energy for this plant represents a major source of leverage for Russia over Armenia’s economy and politics as it does throughout Eastern Europe and the former Soviet Union. Given Turkey’s embargo of Armenia and the war with Azerbaijan, Armenia effectively has no other choice but to depend on Russia for its energy.

These facts makes energy a vulnerability for Armenia but also an opportunity for the creative future use of Caspian energy, provided that some government is willing to invest in peace in the Caucasus even if the energy exceeds market prices. This is where visionary, tough-minded, and persistent political leadership like that exercised by Washington in the 1990s to build the Baku-Ceyhan oil pipeline comes into play.  Moscow neither has the will, nor the resources to foster peace in the Caucasus. Instead, the West should use its superior economic and diplomatic clout to promote the building of the SGC from the Caspian through Azerbaijan, using it as a lever in a potential peace settlement that it should promote similarly to the way the U.S. promoted the Camp David agreements of 1978-79 and the Dayton Peace Treaty in 1995.

In other words, while it might be necessary to subsidize Armenian consumption and the building of a pipeline through Armenia as part of the peace process; it would be a worthwhile political investment. Such projects could not only promote regional peace and Armenia’s economic and political development with reduced Russian leverage. They could also support the Pashinyan government’s drive toward democratization and better ties with the West. Both the energy and the revenues accruing to Yerevan from such a pipeline would bind it closer to Azerbaijan and to Turkey, and through them to European consumers who are already negotiating with Azerbaijan for the impending consumption of the Trans-Anatolian and Trans-Adriatic Pipelines. The availability of this pipeline leading to Turkey and thus to Europe could also alleviate Turkish dependence on Russian gas and add a counter to TurkStream – Moscow’s  project to the Balkans – while creating demand in Europe and linking up with projected pipeline projects from the large deposits in the Eastern Mediterranean.

IMPLICATIONS: Too many observers blindly intone the lament that there are no big or creative ideas about new steps to break the logjams in energy, security, and policy in the Caucasus. Certainly there is no sign of any visionary thinking by the U.S. Yet the ideas expressed here fit closely with America’s enhanced interest in energy exports, countering Russian influence abroad, and its heightened economic interest in Central Asia. Caspian gas and oil can become an instrument of not only economic benefit to the Caucasus and Central Asia but could also advance the aforementioned geopolitical objectives that would impart greater security and stability to both regions. To be sure, the U.S. and the EU working together would have to provide guarantees for the energy and work to build the SGC pipeline as well as a pipeline through Armenia and the associated infrastructure. Yet if we persist in this effort and work to bring down the excessive costs of Central Asian hydrocarbons, the investment would transform the Eurasian political and economic scene. It would also be a major blow to the Russo-Saudi Axis that is now trying to maintain an artificially high oil and gas price in global markets; it would therefore strike directly at Moscow’s energy revenues that directly fund its globally aggressive campaigns in the Russian neighborhood and in Europe.

Combining the diverse strands of the emerging Western policy or strategy towards Russia in this way makes eminent political and moral sense even if it requires subsidies and substantial investments up front and admittedly a gamble on peace.  However, doing nothing merely perpetuates the frozen situation that benefits Moscow and builds fuel for recurring explosions if not a genuine confrontation between Armenia and Azerbaijan that benefits only Russia. Instead, we now have the means to break the logjam in ways that benefit the belligerents and their neighbors. The heightened involvement of the West in the Caucasus and Central Asia is necessary to help these states continue to buttress their quest for independence, prosperity, and security. The innovative use of energy to pull together vital national and international security objectives of the West, Armenia and Azerbaijan not only expresses a big idea for the Caucasus; it also offers a win-win policy for many diverse constituencies not directly but certainly indirectly involved in the war over Nagorno-Karabakh.

Many observes, including this author, have openly argued that continued inaction risks letting the unresolved war morph into a hot or actual shooting war that could lead to Russian direct intervention in one or more country and the subordination of the entire area to its imperial designs. Indeed, there are presently many rumors, probably floated by Moscow, that there is a secret deal with Baku for it to join the CSTO and thus yield its long-standing security independence in return for five of the seven provinces conquered in 1993 by Armenia. That would not be a peace that endures but rather a recipe for Moscow’s continued imperial drive. A root cause of insecurity throughout Eurasia is Moscow’s demand for an imperial status that it can only sustain at the price of despair, immiseration, and despotism throughout the entire region, including Russia itself. Thus, leaving this issue to Moscow benefits nobody except a few kleptocrats and, to be honest, gangsters in suits who now rule Russia.

On the other hand, opening the Caspian to beneficial exploitation of its natural resources and its waters fosters prospects to integrate the Caucasus and Central Asian states, particularly energy providers, more closely together and also to enhance their connectivity to Europe and the West. With that connectivity and integration their security, prosperity, and independence would all grow as well.

CONCLUSIONS: As pointed out above, for that to take place the U.S. and/or the EU, the only actors with the resources and capacity for visionary but strong leadership, must take an enhanced interest in the issues currently roiling the Caucasus and Central Asia. Thinking big about Caspian energy means conceiving uses for it beyond merely providing heat and power for consumers, especially since the geopolitical consequences of energy use and pipelines are apparent to everyone.  Yet those consequences could be used to build more secure and prosperous polities as well as to move closer to a well-conceived goal of more open markets and transparent economic-political interactions that foster prosperity, not crime and political subversion.

If this proposal fails on the basis of existing obstacles, the way is open to others to think big about the problems besetting regional governments and regional security.  The canard that there are no innovative ideas “out there” concerning Central Asia and/or the Caucasus ultimately is nothing more than a cloak for complacency. And complacency is the last thing the Caucasus or Central Asia need.

Dr. Stephen Blank is a Senior Fellow at the American Foreign Policy Council. He is the author of numerous foreign policy-related articles, white papers and monographs, specifically focused on the geopolitics and geostrategy of the former Soviet Union, Russia and Eurasia.

More in this category: « Russa's "Biological" Information Operation Against the US and Georgia Regional Cooperation in Central Asia: Relevance of World Models »
back to top