A move towards greater political participation among ethnic Azerbaijanis in Georgia?

Georgia’s recent parliamentary election is hard to distinguish from previous elections in terms of the consolidation of power by the ruling Georgian Dream party. However, a significant difference can be observed in the increased political participation among ethnic Azerbaijanis, most clearly manifested in the number of Azerbaijani-origin candidates who not only ran but were elected, as well as their age and diverse political belonging. This recent shift has introduced a new level of electoral competition, bringing with it the complexities of party politics. The ruling party provides resources to support its own candidates – as seen when two Azerbaijanis lost amid claims of electoral violations. 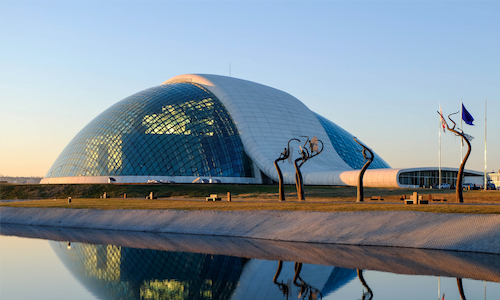 BACKGROUND: Prior to the 2016 Parliamentary election, political engagement and interest in parliamentary representation among ethnic Azerbaijanis was weak. In the majority-Azerbaijani Kvemo Kartli region, elections were not seen as major events, and the population tended not to be involved in politics. When they did vote, they supported the ruling party. For instance, in the 2012 parliamentary election and the 2014 municipal election, voter turnout among the Azerbaijani population was significantly lower than the Georgian national average.

The primary reason for this lack of engagement is that historically, members elected by Azerbaijanis did not fulfill their campaign promises. In addition, Georgian Azerbaijanis have tended to display a weak understanding of politics; for instance, many believe that MPs are responsible for developing educational programs or personally resolve employment issues, whereas their function is to offer a voice in representing local problems to the central political authorities. This has led the Azerbaijani community to underestimate the roles and functions of municipalities, especially in the 2014 municipal election, where voters had the power to directly elect the Mayors or Gamgebeli (town managers). This underestimation was down to poor knowledge of the specificities of the Georgian electoral and political system. Azerbaijanis tend to assume that the MP’s role is more important than that of the local authorities, which is how the system works in Azerbaijan. This demonstrates the root issue – the language barrier, which means that the information space for this community remains Baku rather than Tbilisi.

The 2014 election marked a lost chance for Azerbaijanis. Weak voter turnout and the problem of gathering as a united front brought dire consequences in terms of influence over decision-making processes at both the macro and micro levels, i.e. municipal administration and in village and municipal councils. Party politics – whereby the ruling party selects a candidate from the ethnic majority and uses administrative resources to support him/her – was certainly a problem. The ruling coalition’s Georgian candidate competed with the rival opposition UNM party’s Azerbaijani candidate, who lost. However, despite this electoral failure, the competition sparked a greater level of political engagement among the local Azerbaijani population.

IMPLICATIONS: The 2014 local election led to improved local engagement in politics, which has turned into a more robust political activity. As a result, 23 ethnic Azerbaijanis put forward their candidacy in the 2016 Parliamentary election. Of these, 12 were running in Kvemo Kartli, representing all major parties.

Political activity is a sign of generational change. Prior to the October elections, Azerbaijanis were represented by an older, more traditional cohort of politicians. In these elections, the candidates were mainly young people, and their campaigns were also supported by young people. This generation has a better knowledge of the Georgian language, and is more committed to integrating into Georgian political life. This is the consequence of a state educational reform program (1+4– language learning then education) offered to ethnic minorities in universities, which has seen quick results. In 2003, there were less than 100 Azerbaijani students in Georgian universities; now there are more than 2,000. More importantly, the younger generation recognizes that local problems need to be addressed from the center. This shift in mentality means leaving behind the notion that Baku will solve their problems through money, rather than exercising their rights as Georgian citizens.

This generational change has resulted in the election of four Azerbaijanis to Parliament, three from the ruling party. Besides the four members who were elected, two Azerbaijanis represented the opposition UNM party: Samira Ismailova and Ahmed Imamguliyev. Both candidates are young, and drew strong support from youth voters. Their candidacies mark a qualitative change in political engagement among ethnic Azerbaijanis. However, both candidates lost – Samira Ismailova in the first round and Ahmed Imamguliyev in the second, following allegations of irregularities in the first.

These two candidates, representing the opposition parties in the majority-Azerbaijani Marneuli and Bolnisi districts ran against Georgian candidates. In the administrative district of Marneuli, Ahmed Imamguliyev gained 48 percent of votes, but the 48th polling station in the village of Kizilajlo disqualified and the second round was scheduled for October 22. According to a representative of the Human Rights of Georgia organization, a dispute between observer and commission members created a controversy, with allegations that the latter favored the ruling party candidate. Subsequently, police detained six UNM members during a rally by Imamguliyev’s supporters on October 13, using Special Forces units. Imamguliyev and his party questioned the intervention, and alleged the use of selective justice. Although confrontations have taken place also during previous elections, law enforcement reacted particularly harshly in this case. According to the UNM, “the harshest possible measure was used against those participating in the Marneuli incident; that is, imprisonment”. Georgian Dream members expressed their satisfaction with this kind of measure.

In the second round, Ahmed Imamguliyev’s share of the vote dropped from 48 percent to 27, leading to claims of electoral injustice. In an interview with Imamguliyev, he claimed that the ruling party used its administrative resources, first by police detaining party members in order to physically threaten his supporters, and later by threatening teachers and state employees with dismissal. Voters also received cash bribes, he said. The loss of nearly half his voters cast doubt on the election result, and it is unlikely that Imamguliyev’s claim will be investigated.

Local observers reported incidents of election fraud, although international observers did not doubt the general legitimacy of the vote, or that the election in Georgia conformed to democratic principles. However, closer scrutiny is needed in regions where ethnic minorities are in majority.

Controversially, before the second-round election in Marneuli, Azerbaijan’s ambassador to Georgia Azer Huseyn and an Azerbaijani government official, Ramiz Hasanov – who is originally from Marneuli – met with the ruling party candidate, i.e. Imamguliyev’s rival. Many saw this as an act of endorsement. While Imamguliyev said, “they represent Azerbaijan’s interest,” the meeting created a sense of regret among Imamguliyev’s supporters, who recognized the potential impact of Baku’s endorsement.

CONCLUSIONS: The positive aspect for Azerbaijanis of the 2016 Parliamentary election in Georgia lies in the discovery of young, talented candidates who are capable of representing them in the central government. The population’s political engagement and interest in the election marked another positive development; this is crucial for Georgia’s democratic development, which needs the integration of ethnic minorities into political life.

However, the alleged electoral irregularities cast doubt on the use of administrative resources in party competition. This requires more attention in future elections, specifically in regions populated by ethnic minorities. Also, the major parties need to be more diligent in selecting their candidates in these regions, where language and ethnic links play a role in terms of voter engagement. The 2016 election could be a stimulus for Georgian Azerbaijanis regarding greater political engagement; the litmus test will be the next municipal election.

More in this category: « Uzbekistan-Tajikistan: game over, but what is the score? Uzbekistan between a new president and the same nation: is it perestroika? »
back to top