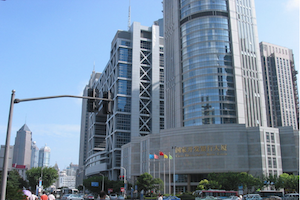 BACKGROUND: in June 2016, China Railway Group completed the Exim Bank-funded construction of the Pap-Angren railway, an artery connecting Fergana and Western Uzbekistan, uniting Namangan with Tashkent. At the resulting trade mission, General Secretary Xi and then President Karimov signed a joint statement laying the groundwork for greater science and technology transfers as well as the development of regional transport infrastructure and economic corridors.

Beijing’s foreign trade policy, International Capacity Cooperation, is still taking shape. It is simply one aspect of Beijing’s Eurasian foreign policy and an attempt to offshore industrial capacity to Central Asian and Middle Eastern partners. As part of the initiative, Uzbekistan’s President Shavkat Mirziyoyev was in Beijing in May 2017, signing another joint statement to deepen economic cooperation between the states, and strengthen cooperation between China’s Ministry of Commerce and Uzbekistan’s Ministry of Foreign Economic Relations, Investment and Trade. The agreement detailed space for China’s Exim Bank and China Development Bank to fund projects in energy, hydropower, chemicals, irrigation, building materials, manufacturing, and transport infrastructure. Then again in August 2017, Mirziyoyev met with Jin Liqun, president of the Asian Infrastructure Investment Bank, to discuss projects with a total budget of over US$ 2.7 billion including energy infrastructure construction, water conservation facility modernization, highway construction, railway electrification and a feasibility study on a Tashkent metro line expansion.

China’s direct investment in Uzbekistan is still heavily concentrated in hydrocarbons. Uzbekistan’s inward foreign investment grew by 13.8 percent in the first half of 2017 but was highly concentrated in the energy sector, comprising 67.6 percent of the total, up from 32.7 percent the previous year. Wang Haibin, Senior Economist at state-owned giant Sinochem, has argued that China should take advantage of low global oil and gas prices to expand its investments in hydrocarbon production abroad, particularly in Caspian Sea rim economies, which he terms the “New Middle-East” for their potential as energy exporters.

IMPLICATIONS: Sadiq Safayev, Uzbekistan’s First Deputy Senate Chair, tasked with talking up foreign investment and trade, has said that Uzbekistan is pinning the country’s investment strategies on the development of international transport corridors, including the EU-Caucasus-Central Asia, and Central Asia-China transport routes. Safayev hopes for the volume of TEU cargo container throughput to reach 300,000 by 2020. However, transport infrastructure is ageing, with only 900 km of electrified railway track of a total 6000 km network, and a variety of underresourced industrial clusters needing foreign investment for upgrading.

Yet, China also sees two main opportunities in Uzbekistan in potential agricultural production and the relative underuse of Uzbekistan’s industrial matrix. Uzbekistan has complete industrial networks for the production of both cars and aircraft as well as a non-ferrous metals complex and petrochemical industries, but the country has since the global financial crisis followed a commodity export strategy behind a closed, pegged foreign exchange regime.

To improve the foreign investment climate, President Mirziyoyev has begun an ambitious monetary policy reform to depeg the Som. The 2016 Presidential Decree “On Monetary Policy Priority Directions,” planned to allow the currency to depreciate, reflects realities in the market value of the Som. The Ministry of Finance and the Central Bank moved from restrictive to defensive monetary operations, whilst maintaining some regulatory controls to avoid the risk of dollarization. Moves began in September 2017 to abandon the U.S. dollar peg, which had resulted in a dual exchange rate regime. When the peg was released on September 5, the Som depreciated 48 percent from 4210 to 8100 – around the previous black market rate. Residents can now buy foreign exchange cash from banks, commercial banks are able to exchange foreign currency freely, and foreign residents can open bank accounts in Uzbekistan, all important liberalization steps towards a freely convertible currency that will in turn attract foreign investment. Due to depreciation, Uzbekistan’s exports have naturally become more attractive to foreign markets. Yet, this also implies risks for a country largely dependent on commodities exports.

A debt-trap narrative has emerged in the wake of China’s conversion of credits to political influence in first Sri Lanka and then the Maldives, and raised questions of sovereignty as collateral for China’s development loans. Yet, small and strategic states in the Indian Ocean are not the same as Iran, Kazakhstan, or Uzbekistan on the Eurasian mainland, and China’s foreign policies are naturally different for different strategic geographies.

The policy banks and the International Capacity Cooperation funds are serious poles of geopolitical and international political economic gravity. Simply treating this as conventional outward overseas direct investment using firm level analyses will not work. Yet to say that China’s policy bank lending for trade and industrial development is predatory is too simplistic. China’s trade and industry policy in Central Asia and the Middle East is part of a multifaceted foreign policy. However, developing states in the region do need to understand the institutional nature of these outward investment vehicles. China’s external policy banking may not necessarily be nefarious, but there are serious implications on a state, regional and global strategic level.

To understand China’s positioning, we should observe the local governments in China, which are coordinating these investments. Provincial and prefectural governments are matched to external geographies by sector – petrochemicals in Luoyang with Bukhara in Uzbekistan, and Hebei aluminum with Pavlodar in Kazakhstan. For example Zhang Weining, vice-governor of Henan Province and chair of the Provincial International Production Cooperation Leading Group, visited Uzbekistan to sign a provincial-level agreement with the Samarkand city government and to promote the Henan-Uzbek Agricultural Industrial Park. A 2017 agreement also established a city-to-city relationship between Luoyang in Henan and Bukhara. Luoyang is China’s second-largest prefectural city by industrial economic output, and a major production center for aluminum, glass and petrochemicals. The Bukhara region, by contrast, is rich in hydrocarbons but poor in infrastructure.

China’s policy banks have succeeded in delivering an industrial development agenda in domestic China and have so far proven adept at financing infrastructure projects in Central Asia, where the World Bank and Asian Development Bank have failed to deliver. However, Uzbekistan’s long relationship with inflation and currency instability heighten its possible dependence on Chinese capital. Ultimately, the reliance of Uzbekistan and other Central Asian states on China’s policy banking model exposes these countries to risks in China’s domestic economy, the source of the policy bank credit.

CONCLUSIONS: China itself remains protected from global capital behind its closed capital account. Yet, that does not mean it will not exploit foreign investment regimes in developing countries on its periphery. International Capacity Cooperation along the Belt and Road is an attempt to circumvent China’s foreign exchange bottleneck. This is more important to understand than fears of simple debt entrapment: it means an export of China’s systemic financial risk. A closed capital account hurt Uzbekistan for too long, while China has managed to maintain its mercantilist position while remaining inside the WTO framework. However, a wholesale opening of capital accounts may not be the policy solution for developing Central Asian economies enamored with easy Chinese capital. Chinese debt does come with strings attached, but Uzbekistan should probably be more worried about the risk of becoming embedded in China's debt system than exploited by it.

AUTHOR’S BIO: Tristan Kenderdine is research director at Future Risk ( This email address is being protected from spambots. You need JavaScript enabled to view it. ).

More in this category: « China's Belt and Road Initiative: Relieving Landlocked Central Asia New Central Asia But Old Great Game? Ramifications of the Consultative Meeting in Astana »
back to top