On April 9, Armenia’s President Serzh Sargsyan paid an official visit to Italy and the Vatican City, which was remarkable not only in the context of Armenia-Italy or Armenia-EU relations, but also for Armenia’s policy towards the Armenian Genocide Centennial. During the visit, Sargsyan met with his counterpart Sergio Mattarella and discussed a wide range of issues concerning Armenian-Italian relations. Armenia’s President expressed confidence that his busy official visit will give new impetus to the friendly relationship between Armenia and Italy. The Presidents stressed that in recent years cooperation between the two countries has intensified, both bilaterally and in the frame of the EU, and underlined that the history of nearly 20 years of diplomatic relations have already resulted in more than 30 legal documents, signed at different levels. The Italian President welcomed the fact that “after joining the EEU, Armenia continues to take steps aimed at developing relations with the European Union and added that the membership also opens up new horizons for the development of Armenia-Italy relations”.

Sargsyan also met with Pietro Grasso, President of Italy’s Senate, and Laura Boldrini, President of Italy’s Chamber of Deputies, as well as Defense Minister Roberta Pinotti. Sargsyan and Pinotti mentioned that Armenia and Italy successfully cooperate in the military field, especially in peacekeeping operations. In November 2014, more than 30 Armenian soldiers were engaged in the mission of maintaining the military base in Shama, Lebanon, which was carried out under the Italian command of the UN Peacekeeping Forces. Furthermore, the two states successfully collaborate in the area of military education. In his interview to Corriere Della Sera, President Sargsyan mentioned that Italian merchants have since the middle ages used Armenian commercial networks, therefore Armenia and Italy will currently seek to “re-operate that ancient habit,” and concluded that the bilateral trade turnover will definitely increase quickly.

At the end of the visit, Sargsyan visited the Vatican on April 12 and took part in a liturgy devoted to the Armenian Genocide Centennial, performed personally by Pope Francis at the Saint Peter’s Basilica. The ceremony was also attended by Garegin II, Supreme Patriarch and Catholicos of all Armenians, and Aram I, the Catholicos of Cilicia of the Armenians, as well as Armenia’s Minister of Foreign Affairs Eduard Nalbandian. During his speech, Pope Francis termed the Armenian Genocide the “first genocide of the XX century.” The Pope’s speech received considerable attention in Armenia, Turkey, and many other countries. In his interview to the Italian website Adnkronos.com, Foreign Minister Nalbandian stated that Pope Francis’ speech “was an important message of solidarity with the Armenian people, it was also a message of support to the efforts of the international community for the prevention of new crimes against humanity, new genocides.”

The Mass service in the Vatican and Pope Francis’ speech were widely commented both in Armenia and Turkey and in international media. The Armenian National Committee of America (ANCA) Executive Director Aram Hamparian said that “Turkey underestimates, at its own risk, the power of the Armenian worldwide movement – a profoundly moral movement inspired by truth and driven by shared hope for a fair and enduring peace based on a just international resolution of the Armenian Genocide.” As to the Turkish reaction, Prime Minister Ahmet Davutoglu stated that “an evil front is being formed before Turkey … now the Pope has joined it and these plots.” Reacting to Davutoglu’s comment, Foreign Minister Nalbandian mentioned that Pope Francis is the spiritual leader of 1.2 billion people, so if Turkey does not agree with that approach, then it opposes the position of many countries. On April 12, immediately after the Mass service, Turkey recalled its ambassador to the Vatican for consultations.

The Pope’s speech served as a unique message to the entire world, and the event drew diverse reactions. On April 15, the European Parliament (EP) adopted a resolution condemning the Armenian Genocide and urging Turkey to recognize it. A week later, on April 22, the Genocide was officially recognized by the Austrian Parliament. Above all, it can be inferred that President Sargsyan’s visit to Italy and especially the Holy See may serve as a new impetus for a wider recognition of the Armenian Genocide, one of Armenia’s most important foreign policy objectives.

The second half of March saw several high level meetings and agreements signed between EU representatives and Armenian authorities. On March 16, the Vice-President of the European Investment Bank (EIB) Wilhelm Molterer and Armenia’s Minister of Finances Gagik Khachatryan signed an agreement, according to which the EIB will lend EUR 10 million to finance the construction of an electricity transmission line and a high voltage direct current station to develop a link between Armenia and Georgia. Georgia plays a crucial role in Armenia’s energy security system; a fact emphasized both by Khachatryan and Molterer. Commenting on new cooperation in the energy sphere, EU Ambassador Traian Hristea said the EU confirms its “willingness … to support the basic needs of Armenian citizens and in particular their access to sustainable energy through efficient electrical networks.” In turn, Armenia’s Prime Minister Hovik Abrahamian also welcomed the signing of the agreement.

The next important event in EU-Armenia relations was the 4th session of the Euronest Parliamentary Assembly (EPA) that took place in Yerevan. On March 18, the Parliamentary Assembly adopted a resolution on the 100th anniversary of the Armenian Genocide. Though the representatives of Belarus and Azerbaijan were missing, the EPA “called on Turkey to reconcile with its past.” The Co-Chairperson of the EPA, Heidi Hautala, described the resolution as “a very important decision.” This resolution followed the European Parliament’s March 12 call on the EU states to recognize the Armenian Genocide. Regarding the future of Armenia-EU relations, Hautala stated that the parties are discussing a new bilateral agreement.

The fact that the EPA held its first session in Yerevan was of great importance for Armenia. At the opening ceremony of the EPA session, Armenia’s President Serzh Sargsyan personally welcomed the parliamentary delegation and called that week a European one, reiterating that while being a part of the Eurasian Economic Union, Armenia will “accommodate the EU’s deep and comprehensive agenda.” The EPA session was attended by the EU Commissioner for European Neighborhood and Enlargement Negotiations, Johannes Hahn. In his meetings with President Sargsyan, Prime Minister Abrahamian and Foreign Minister Nalbandian, Hahn welcomed the progress in Armenia-EU relations, especially in the context of the Mobility Partnership.

On March 18, President Sargsyan paid a working visit to Belgium, attending the summit of the European People’s Party (EPP). On March 3, the EPP had adopted a resolution condemning the Armenian Genocide. During the visit, Sargsyan held several meetings with EU high officials, including the President of the European Council Donald Tusk, and German Chancellor Angela Merkel.

The third important event in EU-Armenia relations was the 15th session of the Commission for Armenia-European Union Parliamentary Cooperation, held on March 19-20 in Yerevan. On March 20, the Commission adopted a Final Statement, concerning the condemnation of the Armenian Genocide, the future of EU-Armenia relations, as well as the Nagorno-Karabakh conflict. The Commission expressed its strong support for the efforts of the OSCE Minsk Group Co-Chairs in the peace regulation process between Armenia and Azerbaijan. During the session, a deputy of Armenia’s National Assembly, Stepan Margaryan said that there is no common position in the South Caucasus regarding international organizations, and that Armenia therefore needs a new agenda for its future relations with the EU. As to the economic aspect of relations, Armenia’s Minister of Economy Karen Chshmaritian emphasized the EU’s role in supporting Armenia’s budgetary and economic policy.

The fact that the Armenian Genocide was on the eve of its 100th anniversary recognized by various European institutions was highly appreciated by all political parties and scientific circles of Armenia. However, politicians and experts have different views regarding the future of Armenia-EU relations. According to the head of the European Integration NGO, Karen Bekaryan, “the stage of uncertainty in Armenia-EU relations is overcome.” He believes that a new agreement will be prepared at the threshold of the Eastern Partnership summit in Riga.

Summarizing the March negotiations, the director of the Caucasus Institute Alexander Iskandaryan believes that there is a great possibility that the parties will sign a new document at the Riga summit. According to Iskandaryan, the EU is Armenia’s biggest economic partner and, in any case, bilateral relations will continue. On the other hand, the head of the Modus Vivendi Center, Ara Papian, thinks that considering Armenia’s membership in the EEU, its recent activities towards the EU will not appear as credible to the EU. 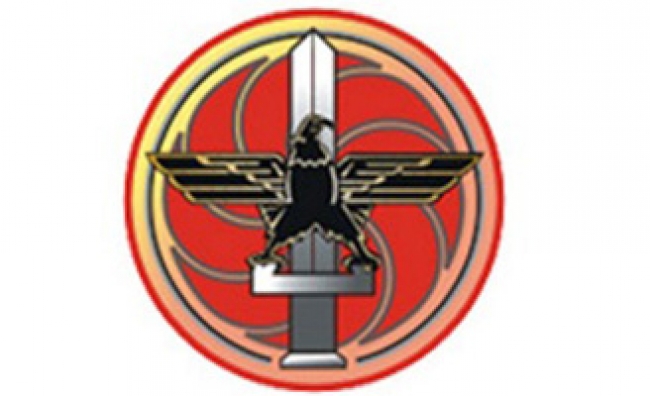 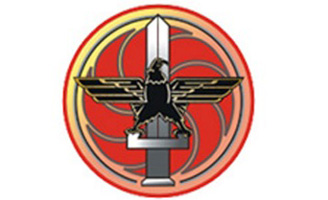