The Prospect of Social Innovations in Uzbekistan 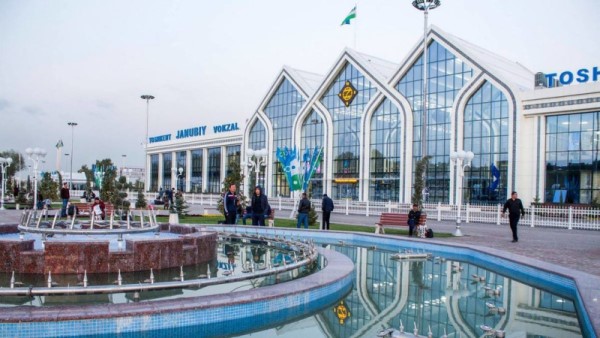 BACKGROUND: In 2018, President Shavkat Mirziyoev declared that Uzbekistan needs to prioritize innovations and knowledge to succeed in the global competition and for the benefit of its development. At the time of the address, it was a positive signal received from the new government of Uzbekistan that intended to introduce changes. In fact, the intention to change also impacted relationships between the government and the citizens, which was the core idea of innovations in the public sector. Based on that, the Uzbek state introduced numerous new online and offline services. While being novel for the Uzbek context, those services had several remarkable characteristics.

First, these services were designed and delivered solely by state institutions. This does not necessarily mean that they were per se poorly designed or delivered. They were remarkable for being led by the state, without close engagement with civic non-governmental organizations or the broader public. None of them were crowd-sourced or people-centered in a manner allowing citizens to design the services meeting their needs. In that sense, the government applied a top-down approach in the introduction of innovations. For public servants it became a daily routine to mention innovations, even if nothing innovative was done.

The model suggests that framework conditions should be also considered. For instance, certain values and norms that impact human and organizational behavior make an institutional framework favorable or unfavorable for social innovations. Since social innovations address existing social needs, they, by default, contribute to the societal framework conditions. The resources framework consists of the financial, social and human capital, which enable a competitive advantage that is not imitable quite easily. The political framework drives the policy incorporating social innovations into institutional and societal frameworks, thus influencing individuals and organizations in their resource-providing role. In theory, the political framework also helps to design “pilot projects” to create solutions to existing problems.

In 2018, the situation changed, because innovation became a government priority clearly articulated by the President. Public sector innovations were part of a bigger innovation journey started by the Uzbek state. A ministry of Innovational Development was established, and public service centers of the Agency for the Provision of Public Services under the Ministry of Justice spread across the country. This, however, has not changed much in practice for social innovations in the country. Social innovations became the business of the civic sector that often considers “social innovation” projects only as an instrument to address social problems or empower citizens.

In contrast to that, when the global pandemic hit Central Asia, close collaboration of self-organized civic groups, CSOs and government demonstrated how things can be effectively done to deliver health and  social services to the people and support them financially and psychologically during the health crisis. Though none of those initiatives yet turned into true social innovations, they showcased that even if not explicitly named as “social innovations”, projects driven by a diverse spectrum of actors can lead to promising changes in society and help overcome a crisis. It is now an accepted truth that outsourcing solutions to social problems to the public allows tapping the pool of innovative ideas to design and to prototype solutions. But, to introduce, diffuse and institutionalize those socially innovative solutions requires political will mirroring societal needs.

Dr. Bakhrom Radjabov holds a PhD in Social Sciences and is an alumni of the Central Asia-Caucasus Institute’s Rumsfeld Fellowship Program.

More in this category: « Conflict in the Kyrgyz-Tajik Border – a Potential Turning Point for Central Asia Iran and Afghanistan Inaugurate Cross-Border Railway »
back to top