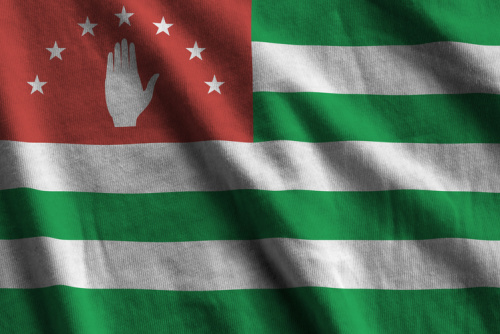 Prior to the border re-opening, a significant number of the infected in Abkhazia were local cadets who had travelled home from a military academy in Russia. Yet despite this and the fact that Russia is among the countries most affected by the pandemic, Sukhumi decided to re-open its border with the northern neighbor.

Given that the administrative border with Georgia, which has been relatively successful in halting the spread of the coronavirus, stays closed, it is clear that Sukhumi’s decision to open its border with Russia is not based on an assessment of the epidemiologic situation in neighboring regions. Instead, the step was motivated by economic concerns.

Abkhazia’s economy has suffered a massive blow from the global coronavirus pandemic. The salaries of officials, which consume most of the state budget, cannot be paid on time and local businesses, dominated by the tourism industry, are struggling. Abkhazia’s de-facto economy minister announced in mid-June that the region’s GDP would likely shrink by 10 percent in 2020. This situation presents a clear danger for the newly elected Abkhaz president Aslan Bzhania.

The economic situation in Abkhazia is even further aggravated by the fact that Sukhumi has not yet received funding from Russia in 2020 – funding that otherwise represents approximately two-thirds of the region’s budget. Under these circumstances, the need for a return of Russian tourists seems to overrule fears of the coronavirus. A statement by Bzhania, who said that opening the border for Russian tourists would have a significant impact on the economic situation in Abkhazia since 10,000 working places and as much as 35 percent of Abkhazia’s GDP depends on them, supports this claim.

IMPLICATIONS: However, it remains uncertain how many tourists will visit Abkhazia under the current circumstances and what their impact on the local economy will be. The summer season in Abkhazia usually starts already in the first weeks of June and ends in the second half of September. Therefore, the first half of the season had already passed before the borders were re-opened.

Abkhazia’s de facto authorities have announced that approximately 30,000 people cross the border every day; however, local hotels have been running at no more than 40-60 percent of their capacity. Furthermore, according to local media, tourists tend to avoid cafés and restaurants. Although accommodation prices remain the same as last year, many business owners are reportedly considering lowering them.

The belated beginning of the summer season in Abkhazia, coupled with smaller numbers of tourists than usual and their unwillingness to visit local bars and restaurants, will presumably result in a lower income from tourism in 2020, especially in comparison to the last couple of years.

On the other hand, the reopened border presents a markedly higher danger to the epidemiological situation in this statelet. On August 25, 247 cases of coronavirus infection were confirmed in Abkhazia, an increase of 215 compared to late July. According to an International Crisis Group report published in May, Abkhazia is (together with South Ossetia) “plagued with medical supply shortages, ailing economies and international isolation” and “lacks infrastructure, medical professionals and has an ageing population, with nearly 20 percent of residents over 60 years of age.” Abkhazia's healthcare professionals, over 80 percent of whom are over 60 years old, face a particular risk.

On condition of anonymity, one Abkhazian doctor claimed to local media that the hospitals in this separatist region would hardly be able to cope with an increased number of patients infected with the new coronavirus. She also stressed that one lab with three specialists is currently operating in Abkhazia, and that the Gudauta Central District Hospital, supposed to treat patients with coronavirus, lacks essential protective equipment.

On August 17, Abkhazia’s de facto Ministry of healthcare admitted that the hospital in Gudauta has a shortage of younger healthcare professionals due to the rising number of patients infected with the coronavirus and asked volunteers for help. One day later, it became known that Abkhazia’s Sanitary and Epidemiological Service (SES) has developed recommendations to the de facto Ministry of Education for reducing the risks of emergence and spread of the coronavirus, which are recommended to be observed in all educational institutions. On August 26, Abkhaz authorities introduced a two-week quarantine in the village of Labra, after a local resident aged 52 died from COVID-19, the disease caused by the coronavirus SARS-CoV-2, and another local was diagnosed with the disease.

Aside from the inflow of Russian tourists, the risk of an uncontrolled spread of this infectious and potentially deadly disease in Abkhazia is further aggravated by the lack of preventive measures undertaken by local de facto authorities and businesses. Business owners in this separatist region admit that they have not received any explicit instructions from the de facto government and that their employees do not, in general, wear masks and gloves. Moreover, local journalists stated that most tourists from Russia do not observe protection measures against infection.

CONCLUSIONS: The decision of Abkhazia’s new de facto leadership to re-open borders with Russia, a country still severely affected by the coronavirus pandemic, was driven by economic motives. However, a combination of the belated beginning of the summer season in conjunction with a lower than usual inflow of Russian tourists suggests that this step will have a limited impact on Sukhumi’s budget. On the other hand, the severity of the pandemic in the Russian Federation combined with the low level of preparedness for the epidemic in Abkhazia’s healthcare system and the lack of proper preventive measures on the ground cause justified concerns about the development of the epidemiologic situation in Abkhazia in the near future.

AUTHOR'S BIO: Tomas Baranec is a Research Fellow and the Head of the Caucasus Programme of the Slovak think tank Strategic Analysis. Tomas is a graduate of the Faculty of Social Sciences at the Charles University in Prague. He also spent one year as an exchange student at Ivane Javakhishvili Tbilisi State University, where he studied the transformation of the Caucasus region after the collapse of the Soviet Union. After finishing university, Tomas has spent another year as a volunteer in Georgia, conducting monitoring and research on the Georgian-Ossetian ABL.