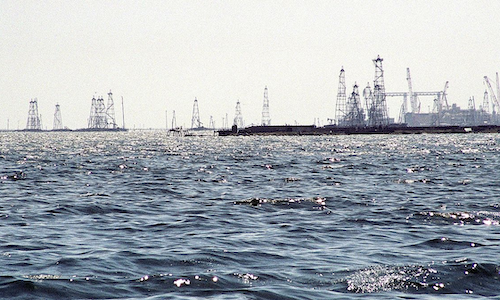 BACKGROUND: Just like many developing countries, Azerbaijan very early imposed strict countermeasures to limit the spread of the coronavirus despite recording only a small number of cases. This decision partially mirrors the risk that the country’s fragile healthcare system could have easily become overwhelmed with a large increase in the number of cases. Thus, the government felt compelled to impose measures aimed at flattening the curve of infections. Moreover, there were acute concerns that the large number of infections in neighboring Iran and Russia could spill over to Azerbaijan.

Strict rules of social distancing and restrictions on economic activity were imposed gradually, starting from early March. First, the government closed educational facilities, banned large gatherings such as sports and cultural events, weddings and funerals. Then, cultural institutions such as cinemas, museums and theatres were closed and the government limited opening hours for cafes and restaurants. Stricter social distancing rules were imposed in late March, including a temporary closure of Azerbaijan’s borders except for cargo, and a suspension of nearly all internal transportation. Gatherings of over ten people were banned and senior residents over 65 were not allowed to go outside. The government also temporarily closed large shopping centers except for essentials such as grocery shops and pharmacies.

In early April, new restrictive quarantine measures were implemented, requiring residents to obtain permission to leave the house via an electronic permit system. Azerbaijanis were allowed to leave their houses only if they were going grocery shopping, to the pharmacy, the bank or to get medical help. Simultaneously, punitive measures were introduced for violating the lockdown rules including fines of 100 to 200 manats (US$ 58 to 117) or detention up to 30 days. The lockdown was partially lifted in mid-May, however, in early June the authorities imposed a strict weekend curfew in larger cities including Baku as infection cases and deaths started to surge.

The economic shutdown came at a very inopportune moment, as rapidly falling oil prices hit Azerbaijan’s hydrocarbon-dependent economy. The oil price slump was a result of the price war between Saudi Arabia and Russia, which started in March this year after Russia refused to cut the oil production to the proposed levels and walked out of the previous OPEC+ agreement signed in 2016 between OPEC and other non-member oil producing countries to stabilize the global crude price.

A participant in the OPEC+ alliance, Azerbaijan saw a rapid depreciation of local Azeri Light oil throughout March and April when it reached as low as US$ 16 per barrel on April 2. At the outset of 2020, Azeri Light crude was trading for US$ 60-70 per barrel and the country’s budget for this year is based on an estimated oil price of US$ 55 per barrel. Moreover, prices of natural gas, another growing source of income for Azerbaijan, have also significantly dropped this year due to falling demand and an abundance of LNG on the market. Despite efforts to diversify the economy away from hydrocarbons, Azerbaijan still derives much of its budget revenue from oil and gas, an estimated 57 percent in 2020, and is extremely vulnerable to global oil price shocks. The historic OPEC+ production deal, which was eventually reached in mid-April, resulted in a slow price rebound for Azeri Light, which on May 19 reached US$ 36.

IMPLICATIONS: The real scope of the damage inflicted on Azerbaijan’s economy by the oil price slump and the economic lockdown is hard to estimate at this stage. However, economic growth forecasts for 2020 are grim. The latest economic growth forecast prepared by the European Bank for Reconstruction and Development expects that Azerbaijan’s gross domestic product (GDP) will shrink 5 percent in 2020 but will rebound next year. The Asian Development Bank's forecast is slightly more positive as it predicts that Azerbaijan’s GDP growth will reach 0.5 percent in 2020 and 1.5 percent next year. These are pessimistic forecasts as both government and international institutions previously predicted that Azerbaijan’s GDP growth would reach 3 percent this year.

The immediate consequence of the economic shutdown was rising unemployment and cuts in household incomes as many businesses and workplaces closed. The near-total lockdown has put the country’s many unregistered workers in a particularly bad situation, as they normally do not qualify for state assistance in case of unemployment. To aid unregistered employees, the government has decided to provide benefits for 600,000 residents amounting to US$ 223.5 for two months. However, as experts note, the exact number of people who lost their jobs due to the economic shutdown is not known and the government has based it on very rough estimates.

The sharp fall in oil prices has already put a strain on Azerbaijan’s financial system. Unlike other regional hydrocarbon-producing countries, which adopted flexible monetary policies, Azerbaijan persistently defended its fixed exchange rateof 1.7 manat to the dollar and was lately forced to spend billions to defend its currency. The funds used for this purpose came from the State Oil Fund of Azerbaijan (SOFAZ), which announced in mid-April that it spent US$ 2 billion for transfers to the state budget, aimed at stabilizing the manat and meet the demand on foreign currency. Thus, the authorities avoided another devaluation of the manat and protected residents’ incomes and savings. However, maintaining the dollar peg for a longer period will deplete the country’s foreign exchange reserves and SOFAZ, which already sees a reduction of gas and oil revenues due to falling prices.

The recent crisis has also exposed fragilities in Azerbaijan's banking sector. In late April, Azerbaijan’s central bank temporarily took over administration of four commercial banks – Atabank, Amrahbank, NBCBank and AGBank – due to capital shortages. Soon after, Atabank and Amrahbank were declared bankrupt. Moreover, state guarantees for bank deposits were extended and the central bank relaxed capital requirements for the banks until the end of 2020 to boost consumer confidence and ensure stability of the banking sector.

To offset the negative economic and social consequences of the crisis, the authorities prepared bailout packages worth 2.5 billion manat (US$ 1.47 billion). Programs will provide assistance for entrepreneurs ranging from tax relief and concessions, holidays for the businesses, partial state guarantees and subsidies for the new loans, to compensating their employees’ monthly wage. The packages also contain a social protection scheme envisaging financial assistance for the unemployed, a temporarily increased limit of preferential electricity use for residents, and funding for employee training and creation of new jobs. However, experts argue that the state assistance is far too small to help all the affected as it is available only to a fraction of businesses and employees and is too limited in time.

CONCLUSIONS: Azerbaijan will feel the combined economic cost of the lockdown and oil price slump for at least several months. What is worse, the efforts put into maintaining the lockdown might be wasted as the coronavirus outbreak has accelerated after the partial relaxation of the restrictions. As the pandemic in Azerbaijan is far from over, the government may in the coming months again be forced to temporarily re-impose the restrictions. A prolonged economic shutdown will inflict additional losses to the economy and delay its recovery.

Part of the economic damage could have been avoided if Azerbaijan’s economy had been better prepared to withstand the external shocks coming from the global oil market. The current crisis shows that the country has not fully absorbed the lessons from 2014 financial crisis and reforms aiming to diversify the economy and improving the financial system should be accelerated.

Azerbaijan’s economic recovery will depend on how many businesses and workplaces survive the lockdown and whether the oil price rebounds. However, growing oil prices will only partially offset the negative financial outcomes. Global demand for oil has recently fallen to unprecedented levels due to the worldwide economic shutdown. Experts agree that it will take more than a year to reach pre-pandemic levels.

More in this category: « Chechnya's Kadyrov Clashes with Russian PM Mishustin Emerging Room for Rapport Between Sokhumi Tbilisi »
back to top