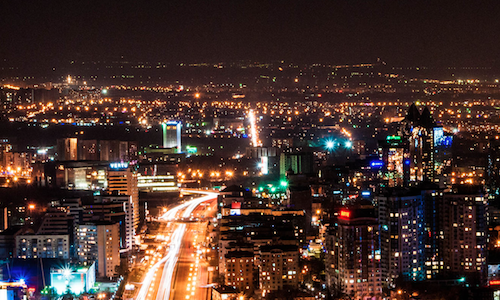 BACKGROUND: At the Third Asian-European Business Innovation Congress held in Almaty city in April 2016 at Al Farabi Kazakh National University, the speakers referred to multi-billion dollar investments in the R&D sector in Kazakhstan, including in the development of technoparks in the country. Indeed, in the thirteen years since the first technopark opened in Almaty in 2003, the government of Kazakhstan has invested almost US$ 32 million (4.8 billion tenge) in the establishment and development of ten additional technoparks in other parts of the country.

The government thereby intends to promote the acceleration of technology transfers, and in the words of President Nursultan Nazarbayev, to “increase the innovative potential of Kazakhstan’s economy.” The main rationale behind this policy for promoting innovation has been the idea that development of in-country knowledge-intensive technologies would be made possible by the creation of special innovation clusters, modeled after Silicon Valley and other international high-profile constellations.

Having identified a number of priorities, the government has focused on developing basic infrastructure, and on offering financial and other privileges (such as tax holidays and exemptions) as well as capital for startups. For example in 2015 alone, the National Agency of New Technologies (NATD) distributed about 1.6 billion tenge (or almost US$ 100 million at the 2015 exchange rate) supporting 51 projects. The government’s priorities include the development of ICT for the telecommunications sector, renewable energy resources, new materials, pharmaceutical products and, last but not least, new technologies and innovations for the country’s oil and gas sector.

In 2014, the government introduced a special law “On Innovative Cluster ‘Park for Innovative Technologies’ (PIT),” reaffirming this cluster’s special status as a Free Economic Zone and extending the extraterritoriality status to the entire city of Almaty. Overall, these developments have been encouraging, as the country’s R&D sector has not only received much needed investment and various forms of support, but also access to international experience and know-how in managing successful innovation development training institutions.

IMPLICATIONS: In 2015/2016, Kazakhstan reached 42nd place (out of 140 countries) in the Global Competitiveness Index (GCI by the World Economic Forum), up from 72nd place in 2010/2011. The government of Kazakhstan sees this progress as related to the implementation of state policies on innovation through significant state-led investments in building innovative clusters, technology transfers and an internationally competitive national innovation system. In turn, there have been several important impacts on innovation development in Kazakhstan.

First, the establishment of a comprehensive legal and institutional infrastructure around the PITs was foundational in creating a business-friendly environment for commercialization of various scientific research projects, engaging public-private partnerships (PPPs) as a mechanism for localizing foreign technologies and stimulating local startups.

Second, the development of technoparks and their related infrastructure has helped establish innovation clusters. For example, by the end of 2015 the Alatau PIT had attracted more than 150 companies, 17 universities and 16 R&D institutions from Kazakhstan, and several venture capital funds and business accelerators from the U.S., Russia and other countries.

Third, technoparks such as the Innovative Cluster PIT have also inspired a cohort of young students and recent graduates to start thinking about opening their own businesses, brainstorming competitive ideas for startups and competing for grants and other forms of support from different sources. Notably, almost two thousand IT SME startups were initiated between 2011 and 2016, in such diverse fields as web-based car retailer kolesa.kz, online real estate company krisha.kz, entertainment accelerator chocolife.kz and hundreds of individual application developers for Android- and Apple-based gadgets.

Yet – as some critics and journalists point out – the large investments in the Innovative Cluster PIT and other similar projects have not delivered the expected outcomes. Critics highlight that the innovation clusters have failed to attract significant large-scale private and foreign investments. Also, despite creating a favorable fiscal and economic environment and state-of-the-art infrastructure, this PIT has failed to manifest large-scale manufacturing of hi-tech products. In addition, the incubation of SMEs and startups has been fairly slow with, for example, the Almaty TechGarden co-working business incubator having attracted only 26 teams with around 60 people in total by the beginning of 2016 and according to Forbes (Kazakhstan edition), technoparks in Kazakhstan failed “to create a critical mass of professionals.”

CONCLUSION: The “Innovation Performance Review” conducted in Kazakhstan in 2012 by a team of national and international experts led by the United Nations Economic Commission for Europe (UNECE) suggested that if the country wants to build a successful national innovation system, it needs to utilize international experience, adapting it to fit the national realities. Indeed, the experience of some countries with similar economic background and setting (like Estonia, Belarus, Latvia or some innovation clusters in Russia, such as Skolkovo) suggests that it is possible to create innovation synergies by bringing together young talents and venture capital in business-friendly innovative clusters and technoparks.

Kazakhstan has to develop its competitiveness in the global market and strengthen its own knowledge-intensive economy sectors by increasingly redirecting income from commodity exports into a stronger national education system, R&D and innovation hubs across the country. Kazakhstan spends only 2.8 percent of its GDP on education (2014 estimate); for comparison, Finland spends 6.5 percent.

The country should also direct much greater attention to promoting and supporting entrepreneurship and an innovative spirit among young people at both school and university levels. Given the unstable political and economic situation in the Commonwealth of Independent States (CIS) region, economically stable Kazakhstan should work on becoming a key technological hub of the former Soviet Union by attracting the critical mass of the best human resources from Ukraine, Georgia and neighboring countries, following the example of Silicon Valley.

AUTHOR BIOS: Rafis Abazov, PhD, is a visiting professor at Al Farabi Kazakh National University. He has also taught at SIPA, Columbia University. He is author of The Formation of Post-Soviet International Politics in Kazakhstan, Kyrgyzstan and Uzbekistan (1999) and The Culture and Customs of the Central Asian Republics (2007), among other works. He served as an expert for the UNECE Innovation Performance Review in Kazakhstan and the Ukraine in 2011-2013. Zhumatay Salimov is Deputy Chairman of the National Agency for Technological Development of Kazakhstan, responsible for analytical and legislative support for innovation processes. He is also a part-time lecturer at Geneva Business School, Astana branch. He has contributed to several projects including the first science and technology foresight in Kazakhstan (2010-2011), “UNECE: Innovation performance review of Kazakhstan” (2011-2012), “ADB: Innovations Atlas of Islamic World. Country analysis for Kazakhstan” (2013), and was a member of the expert group for the 7th Framework Programme of the EU IncoNet EECA (2015).

More in this category: « Armenia seeks to boost its role in the Iran-Georgia gas talks Unrest in Gilgit-Baltistan and the China-Pakistan economic corridor »
back to top