In May, Georgia’s main opposition party, the United National Movement (UNM), lost four prominent members. Since the 2012 parliamentary elections, over a dozen UNM members have broken ranks but this was the first time long-standing and high-profile associates quit the party.

Zurab Japaridze, Pavle Kublashvili, Goga Khachidze and Giorgi Meladze decided “to establish a new, open political center, to attract and engage political process professionals,” in order to counter pro-Russian forces aspiring to win a majority in the 2016 parliamentary elections. Private consultations with individuals are ongoing and the prospect of cooperation with other political groups is not yet certain, Japaridze said.

According to the former UNM members, the UNM was the only political force capable of challenging oligarch Bidzina Ivanishvili’s “puppet government.” The party peacefully handed over power to the victorious political force after the 2012 parliamentary elections and even survived despite significant pressure from the new government. However, UNM failed to renew itself in order to regain the confidence of the Georgian public. According to a joint statement by the former UNM members, the “Complete renewal and openness of a political force is required for achieving a victory,” implying that the affiliation with former President Mikheil Saakashvili is a major drawback for UNM. In 2013, Saakashvili was re-elected chairman of UNM, apparently putting the party’s ability to renew itself into question.

The four insisted then that they preferred to stay with the party as they felt obliged to contribute to its unity and survival. However, as parliamentary elections are approaching, they now endeavor to “reshape the political spectrum” in order to defeat the “oligarchic rule.”

UNM lawmakers termed the decision an “absolutely irresponsible” move, made at the most decisive moment, and suggested that it was a consequence of the enormous pressure from Georgian authorities. While UNM claims that the party “stands firm” and additional defections from within its ranks is not expected, PM Irakli Gharibashvili asserted that UNM is in a process of disintegration.

Most political analysts say that a new re-grouping among the pro-western parties should be considered normal, given the large number of undecided voters. According to a public opinion survey, conducted throughout Georgia in April by the National Democratic Institute (NDI), 27 percent of the respondents were undecided on which political party they would vote for if parliamentary elections were held tomorrow; 6 percent did not intend to vote at all and 12 percent declined to answer. Several political actors are now repositioning to target hesitant voters, who now compose 45 percent of the electorate.

For example, the recently established social movement Iveria, co-founded by former foreign minister and Saakashvili associate Grigol Vashadze, plans to unite people of different professions and to establish the structure for a political party by the fall. It is composed of former high-ranking officials who occupied different posts during UNM’s term in power but were never actual members of the party.

Meanwhile, the Free Democrats, once a part of the ruling Georgian Dream coalition, did not exclude cooperation neither with the four former UNM lawmakers, nor with Iveria. The re-composition of pro-western political forces could well be a tactical maneuver aiming to introduce a new political coalition detached from Saakashvili’s leadership.

Nevertheless, it is not clear to what extent the moves of these former Saakashvili confidantes will convince potential voters. Japaridze might be an exception in this regard, as he joined the UNM after the recent parliamentary elections and then became the party’s executive secretary in September 2014. In contrast, the remaining three have long been prominent UNM members and Saakashvili allies. Kublashvili was chairman of the parliamentary committee on legal affairs in the previous parliament, while Khachidze was Minister of Environment Protection and Natural Resources in Saakashvili’s government. The same can be said for high-profile officials now converging around the social movement Iveria.

However, rumors about the UNM’s disintegration and its disappearance from the political scene are likely exaggerated. The UNM is a party with great managerial skills and has shown an ability to deal with the challenges it has faced over the last few years. From the Rose Revolution in 2003 to its current role as an opposition party, the UNM has managed to keep a reasonable degree of unity. Despite the vast public discontent in 2007 and the war with Russia in 2008 and its painful implications, the UNM preserved the legitimacy to run the country. After handing over power to the winning coalition, the party was subjected to intensive pressure. Former Prime Minister and UNM Secretary General Vano Merabishvili, former Defense Minister Bacho Akhalaia, as well as former Tbilisi Mayor Gigi Ugulava were arrested and sentenced while pre-trial detention in absentia has been ordered for Saakashvili. Despite these setbacks, the UNM has yet to fall apart.

Given its high disapproval rating, the party has focused on international issues with a focus on Ukraine, and has sent several officials and experts to advise the Ukrainian government. On May 30, Ukrainian President Petro Poroshenko appointed Saakashvili chairman of the state administration (governor) of Ukraine’s Odessa province.

Apparently, the UNM expects to contribute to Ukraine’s withdrawal from the Russian orbit, in turn helping Georgia to sustain its Euro-Atlantic path, and by extension to regain public confidence in the UNM at home. According to Saakashvili, “If Odessa ever falls, God forbid, then Georgia might be wiped out from the map.” 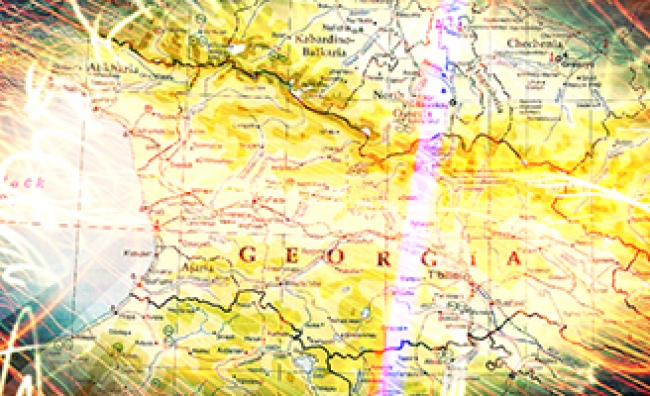 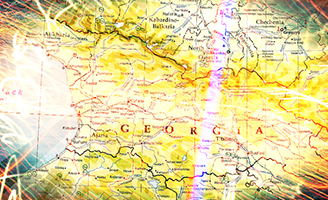