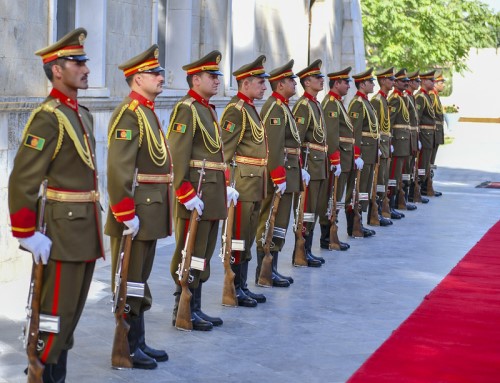 BACKGROUND: Central Asia has featured in no one’s strategies for decades, yet recently both Russia and the United States have apparently become aware that the Central Asian states should be an elemental part of their geopolitical visions for Eurasia.

Long-time students of Central Asia are unlikely to find anything new or novel in Russia’s “strategy,” which is described by this Bishkek based Russian-language publication. For the most part, the strategy repackages the conventional ingredients of familiar formulae. Its significance is not in what it advocates or promises, but that it appeared at all. The Russian initiative unambiguously targets a new U.S. strategy for influencing the geopolitics of this part of Eurasia. Like the Russian variant, the U.S. strategy says little about the objectives of the competition or its dynamics, with one major exception, noted below, although “in the American strategy the word ‘democracy’ is mentioned five times, and ‘human rights” four times, while in the joint Russian-Central Asian document these concepts do not appear at all.” No surprises here.

Like the Russian document, the articulated American strategy is significant for filling what has been a vacuum in American policymakers’ thinking about the importance of Central Asia’s emergence at the center of Eurasia’s larger competitive landscape. These unprecedented dueling strategies thus thrust the competition for Central Asia boldly into the open. In the future, the contestants will have to be more transparent about their objectives in the region and the means by which they choose to achieve them.

IMPLICATIONS: Each of the dueling strategies reveals a contradiction or omission that threatens its success.

The Russian strategy to pull the Central Asian countries into its various organizations—CSTO, EAEU, CIS—and from these platforms “speak more often from a consolidated position” appears to be ceding ground to Central Asian realities, which feature self-assertiveness by big players like Kazakhstan and Uzbekistan, the growing presence of Chinese investment, and Russia’s declining clout. But this nod to reality stumbles over Afghanistan.

The Russian strategy treats Afghanistan not just as an outlier in Central Asia but as a threat. “To stop the threats emanating from Afghanistan, Russia offers the countries of the ‘five’ more active assistance in the fight against terrorism, drug trafficking and arms smuggling. Also, the strategy speaks about plans to strengthen cooperation in the fight against cyber-threats.” One senses a good dose of recent history in this attitude, passed through a thoroughly Soviet planning prism that sees only five former colonies with hard borders: a kind of geopolitical constipation that the post-Soviet world could not relieve.

By contrast, the U.S intention is to reattach Afghanistan strategically to any vision of or for Central Asia – that is, to treat Central Asia as a geopolitically coherent whole. This is novel and startling, given America’s own recent history in Afghanistan. In the past, it is chiefly the American Foreign Policy Council’s Central Asia-Caucasus Institute, and its CAMCA network in cooperation with the Rumsfeld Foundation, that has assumed Afghanistan’s organic connection to the rest of Central Asia as part of its intellectual and operational foundation.

It will be fascinating to watch this play out: the Russians trying to keep Afghanistan at arm’s length, while most Central Asians seek to bring Afghanistan into a comprehensive and coherent Central Asian family. With Afghanistan outside their vision and imagination, Russians will quickly compromise their efforts to consolidate a Central Asia that is favorable to them. But look for them to find as many ways as possible to underline Afghanistan’s culpability for their former colonies’ ills, perhaps even by stoking them.

Russians and Americans, however, both come up short on what should be a key part of strategies to advance their respective and competing interests across Eurasia: a link to the South Caucasus.  More pointedly, neither appears to have one.

As with Russia’s treatment of Afghanistan vis-a-vis its vision of a consolidated Central Asia, the Caucasus threatens this consolidation from another direction, as this revealing swipe demonstrates: “According to the interlocutors of the publication in the state structures of the Russian Federation, the Americans surrounded Russia with a network of laboratories in order to study the impact of certain types of biological weapons on the local population.” That accusation is clearly aimed at Georgia’s Richard G. Lugar Center for Public Health Research, the leading biological research institution in its region dedicated to solving the COVID-19 pandemic and other persistent public health issues. The center has become the cause of some amusing Russian media gymnastics. They describe the Lugar Center as the nucleus of a conspiracy to conduct biological weapons research aimed at Russia. It is according to Russian conspiracists “a nest of viruses,” that it tests illegally on Georgian citizens, and which is responsible for diverse virus outbreaks, including Ebola, and probably even the toxins used in England on former Russian intelligence agent Sergei Skripal and his daughter Yulia.

This is but one canard reflecting Russia’s resistance to any linking of common interests between the South Caucasus and Central Asia. Russia is pushing for isolating the more limited Eurasia it knows and wants, even as energy pipelines, new trade routes, China’s Belt and Road initiative, and countless other connections demonstrate Central Asia’s central position as an essential part of the connective tissue of the larger Eurasia that links China via the South Caucasus and the Black Sea to Europe.

For their part, American strategists might see Russia’s short-sightedness regarding the South Caucasus as offering yawning opportunities for enlightened American strategy toward the region, but this is surely wishful thinking.  No American strategy suggesting any understanding of either the organic strategic link between the South Caucasus and Central Asia or its influence on other areas of U.S. interest is detectable.  The State Department’s slow and quickly subverted response to the Karabakh crisis, punctuated by the American Secretary of State’s comments revealing his confusion, is the most recent indicator that it has no strategic plan in place. Failure to advance Georgia’s well-earned claim to full NATO membership against the persistent objections of the European Union’s foreign affairs technocrats is another. A lack of a geopolitical vision that connects these intersecting political, economic, and security lines on the increasingly vibrant Eurasian landscape is a powerful barrier to the United States advancing its interests across this realigning continent.

CONCLUSIONS: As noted, American strategists should see opportunities to advance U.S. interests across Central Asia, with its multiple connections in all directions, by including Afghanistan within the larger geopolitical concept of that region. Russian strategy will suffer for failing to do so. Moreover, because of its imperative to define Afghanistan and the South Caucasus as the antitheses of its vision of geopolitical unity across Central Asia, Russia incentivizes itself to contribute to the isolation and instability in both regions. This will not sit well with the leaders of increasingly dynamic and engaged states like Kazakhstan, Uzbekistan, and even Turkmenistan, which see their attachments to the larger geopolitical firmament as running through a more unified Central Asia in which Afghanistan is an essential player and where the South Caucasus is increasingly their link to significant parts of the global economy.

But the absence of any American strategy that understands the synergies between Central Asia and the South Caucasus will in the longer term miss the larger and more important opportunity to connect the strategic dots across Eurasia’s political, economic, and security landscape that these Russian idiosyncrasies create. If the next U.S. administration turns a blind eye to the larger Eurasian geopolitical tapestry as so many administrations have done before it—a fully imaginable scenario—these obvious connections, and the opportunities to advance U.S. interests while thwarting the interests of those who oppose them, will remain unrealized.

It is unlikely that the U.S. can have a workable strategy for Central Asia without a converging strategy for the South Caucasus, but this may be too much to ask of America’s lethargic strategic planning machinery, which too often suffers from paralyzing regionalization.

S. Enders Wimbush is a founder and partner at StrateVarious Global Strategy, and a Distinguished Fellow for Strategic Studies at the American Foreign Policy Council and the Central Asia-Caucasus Institute. He has a long career in strategy, national security consulting, and strategic communications. From 2010–2012, he served as a governor of the U.S. Broadcasting Board of Governors, building on his experience as Director of Radio Liberty from 1987–1993. Mr. Wimbush has held senior executive positions with the German Marshall Fund of the United States and Hudson Institute, where he managed foreign policy portfolios, as well as directing projects to study future security environments at Booz Allen Hamilton and Science Applications International Corporation. Wimbush founded and directed the Society for Central Asian Studies in Oxford, England and served as senior analyst of Soviet affairs at the Rand Corporation.