Since Georgian nationals were granted visa-free travel to the EU in March 2017, there has been a significant increase in the number of Georgian asylum applications. While the European Commission has been mildly optimistic so far in its assessment of the visa free travel regime, analysis shows that the trend in asylum applications is much more volatile than acknowledged by Georgia and the EU and could threaten visa free travel. Suspension of visa free travel is unlikely in the short term, but countries with high numbers of Georgian immigrants such as Germany and Italy face a mounting populist tide that could force both countries to trigger the visa suspension mechanism. 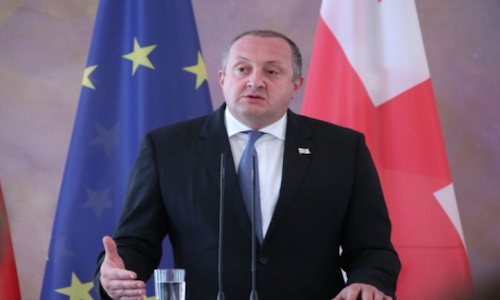 BACKGROUND: On March 28, 2017, Georgian citizens received the right to travel to the EU’s Schengen Area without a visa. As a safeguard the EU put a suspension mechanism in place that allowed for visas to be reinstated under certain circumstances.

The European Commission (EC), tasked to monitor the new visa free regime, wrote in its first report in December 2017 that Georgia in general was meeting the visa liberalization benchmarks. However, it also noted that “further improvement of the implementation is expected,” in particular in relation to the number of unfounded asylum applications submitted by Georgian nationals and the disproportionally high involvement of Georgian nationals in organized crime groups (OCGs) in the EU.

The EC’s criticism has led to a debate in Georgia on the gravity of the situation outlined in the report and the possible risk of the EU revoking the visa waiver. First Deputy Minister of Corrections Tamar Khulordava, on behalf of the ruling Georgian Dream party, responded that “Georgia’s achievements and the Georgian government’s action have been assessed positively and there is no reason to fear that any of the provisions of the suspension mechanism will be invoked.”

The issue is critical in Georgia as it aspires to become a member of the EU. In June 2014, the EU and Georgia signed an Association Agreement, which entered into force on July 1, 2016. A suspension of the visa free travel regime would be a serious setback for a country that is keen to determine new perspectives on further EU integration now that the immediate benefits of the Eastern Partnership have been exhausted. This could ultimately undermine domestic reforms in Georgia and support for the EU in a country that is a crucial EU partner in the region.

Figure 1.  Fluctuations in number of asylum applications made by Georgia citizens in EU member states

Out of the nine EU member states with the largest number of asylum applications from Georgian nationals in 2017, only the Netherlands did not register two-month periodic increases of over 50 percent at least once since the start of visa free travel. At the same time, the number of 50+ percent increases appears to be rising – all nine states except Sweden and the Netherlands are now seeing an average periodic increase of over 50 percent since the start of visa free travel. Finally, recognition rates of Georgian asylum applications in all EU member states remain low.

While member states such as Germany have expressed serious concerns about the increased number of Georgian asylum seekers, it is unlikely that the EU will revoke visa-free travel for Georgians in the short-term. The European Commission has stated that “decisions to suspend visa-free travel will certainly not be taken lightly and any steps leading towards the triggering of the suspension mechanism would be subject to careful assessment and analysis,” while working “in close co-operation with that third-country to find alternative long-term solutions.”

In any case, the Georgian government should carefully monitor the mood in European capitals like Berlin, as well as Athens and Rome. Both Italy and Greece have high numbers of Georgian migrants and are among the most popular destinations for visa free travel, while Georgian organized crime groups in Greece and Italy are among the most active in Europe, according to experts.

The increasing number of Georgian asylum applications come at a time when governments in Italy, Germany and Greece are under mounting pressure to deal with the effects of the refugee crisis in the Mediterranean.

In Italy, a newly formed government between the anti-establishment Five Star Movement and the far-right Northern League has taken a tough stance against migration. Under the leadership of the new Interior Minister Matteo Salvini the country has been on a collision course with other EU member states over the issue. All their European Parliament members (MEPs) voted against the visa liberalization agreement, and it appears that the new government is willing to take action unilaterally if necessary.

Earlier this summer, Germany’s three-party coalition reached an agreement on a key migration policy. While all the coalition’s European Parliament members voted in favor of the visa liberalization agreement in February 2017, the political mood remains fickle with the far-right, anti-immigration party (Alternative für Deutschland) on the rise, and public opinion on immigration remains divided.

CONCLUSIONS: Georgia’s figures are by no means unique. All Western Balkan countries experienced an increase in asylum seekers and entry denials post-visa liberalization. However, while the Georgian government can anticipate the mood in European capitals, it can certainly not dictate it. Thus, it is important that Georgia makes sure that all visa free travel regulations are strictly followed. It should also continue and further strengthen law enforcement and judicial co-operation with the EU and its member states and demonstrate that newly updated national strategies and action plans are implemented and appropriately funded. This is necessary in order not to lose the hard-won gains that Georgia has made.

Casper Wuite is a political analyst located in Georgia. Previously, he worked on EU foreign and security policy for the European Union, the Dutch Ministry of Foreign Affairs and the Lowy Institute, an international think tank. He holds an MSc degree in Politics and Government from the London School of Economics.

More in this category: « Armenia's New Government Faces Resistance Russa's "Biological" Information Operation Against the US and Georgia »
back to top