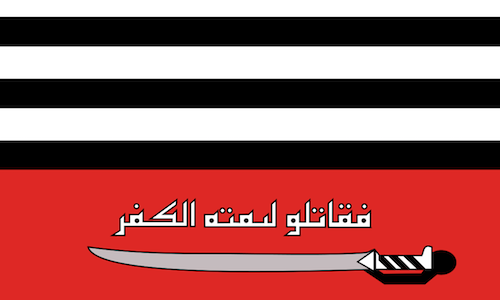 BACKGROUND: On October 25, 2016, three masked gunmen burst into the Balochistan police training center located about 20 kilometers from Quetta, killing 61 and injuring more than 120 recruits. Most of the recruits belonged to the Turbat and Panjgur areas of Balochistan. During the attack, one attacker was killed by the security forces whereas the other two blew themselves up according to media reports. Lashkar-e-Jhangvi (Army of Jhangvi, LeJ), a sectarian militant group and an affiliate of Tehreek-e-Taliban Pakistan (TTP) claimed responsibility for the attack. In a press release, LeJ claimed that the attack was conducted “to avenge the killing of those of our Mujahideen who were killed indiscriminately (in fake encounters) outside jails in Punjab.”

The Commander of the paramilitary force Frontier Corps Balochistan, Major General Sher Afgan, also named Lashkar-e-Jhangvi (LeJ) as the perpetrator of the attack. Soon thereafter, the terrorist organization known as the Islamic State in Iraq and Syria (ISIS) also claimed responsibility for this attack and released a picture of the three attackers on the police training center through its news agency Amaq.

This attack came less than two months after the arguably most destructive terror attack in Balochistan. On August 8, in a carefully planned and executed two-staged attack, the attackers first assassinated the president of the Balochistan Bar Association, Bilal Anwar Kasi. When his dead body was brought to the Sandeman hospital, a large number of lawyers and other people gathered to express their grief. A suicide bomber then killed at least 74, injuring more than 150.

This attack in itself was yet another in a series of terrorist attacks in Balochistan. In the recent past, terrorists have attacked the Police Lines area, the Bolan Medical College Teaching Hospital, Sardar Bahadur Khan Women’s University and the Marriabad area. Jamaat-ur-Ahrar, a splinter group of the Tehreek-e-Taliban (TTP) and close to the ISIS fighters based in Afghanistan’s Nangarhar province claimed responsibility for the August 8 attack. Islamabad claimed that this attack aimed to sabotage the ongoing China-Pakistan Economic Corridor (CPEC) project.

The latest terror attack has raised a number of issues that need to be addressed. Both attacks were claimed by groups that have obvious linkages with ISIS. Does this imply that ISIS is establishing itself in the Af-Pak region? And is the political leadership in Islamabad ready to take concrete steps to holistically address the terrorism problem?

IMPLICATIONS: The two major terror attacks in Balochistan in August and October have raised a number of questions about Islamabad’s counter terrorism policy. Since the launch of Operation Zarb-e-Azb, Pakistan has made significant headway in its war against terror yet much still needs to be done. Balochistan is home to different terror and extremist outfits ranging from insurgents to criminal gangs to religious and sectarian militant groups. Balochistan also has a strong military presence as the security forces have operated against the Baloch insurgents since 2004.

For quite some time, Islamabad has been channeling significant amounts of money towards improving the police force in the province. For instance, in the fiscal year 2016-17, 30.25 billion rupees were allocated for this purpose. The budget allocated for law and order is currently 12 percent higher than the provincial government’s budget for education. Yet the performance of the police and responses to these terror attacks left much to be desired and raised several questions. For instance, if media reports on the latest attack are to be believed, why were the recruits in the training center unarmed? What about the security of the training center itself? Moreover, at least a few recruits were reportedly called back to the center after they finished their training, with no reason provided, while the police did not have enough vehicles to transport the dead bodies to their home town.

This is just one indication of the security situation in the province. According to several reports, out of the 200 CCTV cameras installed at different locations in and around Quetta, very few are actually functioning. For those familiar with Pakistan’s political culture, this is not surprising as the political leadership primarily uses the police as a tool for achieving political objectives. At the federal level, the National Action Plan (NAP) that was worked out after the 2014 attack on the Army Public School (APS) remains unimplemented. Critics of NAP consider it an overly ambitious and rather generic document. The same goes for the National Counter Terrorism Authority (NACTA). NACTA was established as the primary organization responsible for counter terrorism activities. It is functioning just in name and not in reality. It has never been provided with the necessary resources and financial capacity to operate properly and half of its budget was cut during the current fiscal year.

Pakistan’s political leadership once again demonstrated that addressing the terrorism threat is not among their top priorities. They generally hold the view that Pakistan’s army has the main responsibility for fighting terrorism. It seems that the country’s political leadership has yet to acknowledge the existence of the threat, and are unwilling to go beyond their political agendas to address it. For instance, Maulana Sheerani of the JUI-F reacted to the suicide attack on Sandeman Hospital by stating that Pakistan’s security establishment brought this bloodbath on the country by joining the U.S.-led anti-terror war; and that the arms received from the U.S. under the Coalition Support Fund were used to fight Pakistan’s own people, with incidents such as the recent attacks as a consequence.

Senior government officials, including Balochistan’s Chief Minister Sanaullah Zehri, Balochistan’s Home Minister Sarfraz Bugti, and the Federal Interior Minister Chaudhry Nisar Ali Khan, accused India’s and Afghanistan’s foreign intelligence services, respectively R&AW and NDS, for masterminding the attack. While their involvement cannot be ruled out, this does not absolve the provincial and federal government of its responsibility and the fact that there are people within Pakistan who believe that terrorism is service to Islam.

Another unfortunate development is the tendency among political actors to float conspiracy theories and allegations in order to score political points. For instance, some in Pakistan Tehreek-e-Insaaf (PTI) questioned the coincidence of the attack on APS in 2014 as well as the recent ones in Quetta with PTI’s political demonstrations against the Nawaz government. After the attack on the police training center, Khawaja Asif of the Pakistan Muslim League (PML-N) linked the attack with PTI’s planned lockdown of Islamabad on November 2 in a tweet.

CONCLUSIONS: The two recent major terror attacks in Balochistan have prompted a number of questions regarding the on-going operation Zarb-e-Azb and its effectiveness. While the operation has achieved a number of successes, especially in the tribal areas and against the TTP, these attacks clearly indicate that terrorist groups have spread into areas beyond the tribal belt and can still conduct terror activities. An alarming development is the inroads ISIS is making into Pakistan with groups like LeJ, which would require new and tougher measures to address the problem. However, the most pressing issue at hand is the civil-military equation in Pakistan. The political leadership’s indifference to this clear and present danger, evident from tweets by politicians on both sides of the political spectrum that link the police training center attack with PTI’s march on Islamabad, is a clear signal that the political leadership has yet to accept ownership of this war as representatives of the people. The NAP also needs to be revised and reevaluated to factor in recent developments and to make the objectives achievable.

More in this category: « Reasons for cautious optimism as post-election dust settles in Georgia Russian intervention in Syria and the Caucasus »
back to top