The Iran-Armenia-Georgia gas talks have recently gained momentum. Iranian and Georgian companies have signed gas purchase contracts, to supply natural gas to Georgia through Armenia. While the perspective of enhanced Iran-Armenia-Georgia gas cooperation is limited from political and technical viewpoints, Armenia is actively seeking to carve out a new role for itself in order to mitigate the repercussions of its long-running isolation in the region. Yet the dominant role of Russia’s Gazprom in Armenia’s energy sector, as well as the lack of technical opportunities, pose significant obstacles to the delivery of large amounts of Iranian gas to Georgia through Armenia. 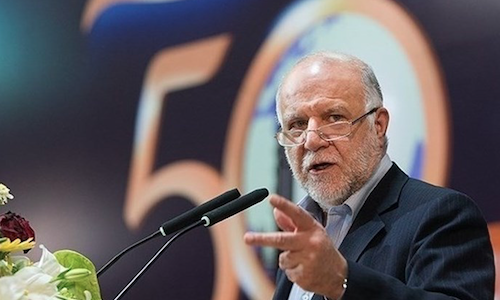 BACKGROUND: On July 18, Ali-Reza Kameli, managing director of the National Iranian Gas Exports Company (NIGEC), announced that Tehran considered exporting gas to Georgia within the following two months. Based on a short-term agreement, Iranian gas will be supplied to Georgia from a gas compressor station in the Iranian village Nordooz, which is used for gas delivery to Armenia. The capacity of this station allows supplying additional Iranian gas to Georgia for its thermal power plants.

Two weeks after this statement, Kameli said that Iran’s NIGEC had signed a four-month pilot agreement with the Georgian private company Georgian International Energy Corporation. Under the test agreement, around 40 million cubic meters (mcm) of Iranian gas will be exported to Georgia through Armenia within a four-month period. According to Iran’s Minister of Petroleum, Bijan Zanganeh, Iran hopes the trial gas export deal will be implemented by March 2017. If it proves successful, Iran will finalize the agreement to export gas to Georgia. Zanganeh added that Iran has endorsed Armenia’s proposal to form a new organization, which will be responsible for carrying out the new contracts for direct gas sales to Armenia and gas transit to Georgia. It would replace the current recipient of Iran’s gas for Armenia, Yerevan Thermal Power Plant, which does not possess necessary permits to transit the gas to further destinations. According to Armenia’s then Energy and Natural Resources Minister Levon Yolyan, the new company is called Energaimpeks.

However, the Georgian government has denied both the existence of such an agreement, and any gas purchases from Iran. Georgia’s Deputy Energy Minister Mariam Valishvili stated that the “Georgian Ministry of Energy has no information on the conclusion of contracts for the import of Iranian gas to the country, neither has the Georgian government concluded such contracts, nor received a contract for registration. Georgian legislation does not forbid private companies to sign such a contract.” Kameli had earlier announced that the Georgian public and private sectors were interested in buying Iranian gas and that Georgia and Iran had reached a preliminary agreement on the purchase of 500 mcm of gas to Georgia via Armenia, but Georgia has rejected this as well.

However, certain reservations exist against both options: First, the Iran-Armenia pipeline does not go all the way to the Georgian border. Therefore, it needs to be interconnected to the Russia-Armenia pipeline passing through Georgia, which requires at least moderate financing. However, given Georgia’s limited gas consumption, neither Iran, nor Georgia would be willing to invest in such infrastructure. Second, Russia’s Gazprom has earlier pressured Armenia to limit the capacity of the Iran-Armenia pipeline, which hampered the possibility of exporting larger amounts of Iranian gas to Georgia. Third, the price of Iranian gas through Armenia will be doubled due to transit fees, which will increase the gas price for Georgia.

Georgia’s Energy Ministry has termed the purchase of Iranian gas a future perspective. Due to its non-competitive price, it is not commercially viable for Georgia at present but the energy swap arrangement is not ruled out in a long-term perspective. Thus, Iran’s gas export to Georgia could be realized through a “swap deal” with Russia’s assistance, whereby Iran could deliver a certain additional amount to Armenia, while Russia would deliver the same amount to Georgia. In this case, Russia’s gas export to Armenia would decrease, because additional Iranian gas will render Armenia’s gas market oversupplied. The additional Russian gas export to Georgia would trigger a public reaction in the country.

According to Valishvili, the swap supply by using transit infrastructure from Iran to Georgia and from Russia to Armenia should be discussed in a quadripartite format, but the Georgian government has conducted no negotiations on this matter. However, Valishvili said “Armenia’s participation in such projects is tantamount to Russian participation, since Armenia’s gas pipelines system is controlled by Russian Gazprom.”

Yet Panarmenian.net reported, referring to Armenia’s State Revenue Committee, that 24.7 mcm of gas worth US$ 6.2 million (US$ 250 per 1000m3) was exported via Armenia to Georgia in the first six months of 2016. The exact source of the gas and the means of transportation was not indicated, however, the source cites the Iran-Georgia agreement on the purchase of 500 bcm of gas. The indicated price of the gas is more expensive than gas exported from Azerbaijan. In this case, if gas delivery was carried out via pipeline, Georgian companies become dependent on Gazprom-operated pipelines for importing Iranian gas, since Gazprom owns Armenia’s entire gas distribution network through its subsidiary Gazprom-Armenia.

It remains unclear why the Georgian government avoid admitting both the purchase of 40 mcm of Iranian gas under the trial agreement and the transportation of 24.7 mcm of gas through Armenia to Georgia. The prospect of gas imports from Iran could possibly be used as a “bargaining chip” in order to extract a discount on gas prices from Azerbaijan, which meets Georgia’s main gas consumption. However, Azerbaijan’s SOCAR offered a similar discount already in early March 2016, after controversial talks between the Georgian government and Russia’s Gazprom.

In fact, Azerbaijan could be an alternative route for delivering Iranian gas to Georgia, since operational infrastructure already exists with potentially scalable capacity. Iranian gas could be pumped to Azerbaijan through the Gazimohammed-Astara-Bind-Biand pipeline in a reverse flow and be injected into the South Caucasus Pipeline in Azerbaijan. Azerbaijan’s Deputy Energy Minister Natig Abbasov recently stated that “Azerbaijan is considering the possibility to transport Iranian gas through its territory to Europe through Iran’s participation in the Trans-Anatolian natural gas pipeline project.”

CONCLUSIONS: Armenia attaches high hopes to the trilateral energy talks between Iran, Armenia and Georgia, because the gas transit via its territories will be a long-awaited blessing for the country. Given its longstanding isolation by both Turkey and Azerbaijan due to the country’s occupation of Azerbaijan’s territories, hosting Iran’s gas transportation through its territories will grant Armenia “transit country” status. Yet Gazprom-Armenia will not welcome larger amounts of Iranian gas being exported to Georgia through Armenia’s infrastructure. This would hamper the flow of Russian gas to Armenia; open an alternative path for possible Iranian export to Europe; strengthen Iran’s position in Armenia’s gas market; and grant Armenia political leverage. In addition, the absence of interconnections with sufficient capacity in Armenia implies that exporting larger amounts of Iranian gas to Georgia along this route presents serious political challenges. In Azerbaijan, operational infrastructure is already in place, which can receive Iranian gas in a reverse flow and deliver it to Georgia.

Yet the delivery of a small amount of natural gas to Georgia through Armenia in the first half of 2016, without any media coverage, suggests Iran’s determination to move forward beyond the trial agreements. This would play into Armenia’s hands, but blur the recently warming relations between Iran and Azerbaijan. Moreover, the Georgian government prefers to keep silent on the alleged import of Iranian gas by Georgian private companies through Armenia (that make them dependent on Gazprom-operated pipelines). Perhaps the Georgian government has sought to avoid drawing public anger ahead of the parliamentary elections on October 8, as well as another reaction from Azerbaijan’s SOCAR, similar to that last year during the gas talks between Gazprom and Georgian government.

AUTHOR’S BIO: Ilgar Gurbanov is an Expert-Advisor in Baku-based Centre for Strategic Studies

More in this category: « Russian intervention in Syria and the Caucasus Technoparks in Kazakhstan: will they help develop the innovation sector? »
back to top