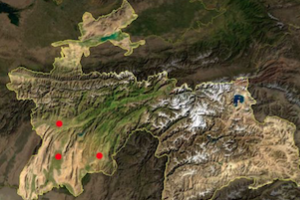 BACKGROUND: A key feature of Moscow’s drive to boost Central Asian security, tied to its threat assessment as indicated in the 2015 National Security Strategy and its 2014 Military Doctrine, is linked to ongoing efforts to further strengthen the Collective Security Treaty Organization (CSTO). Moscow also works through the Shanghai Cooperation Organization (SCO) and on a bilateral basis with its partners and allies in the region. Some of these efforts contain novelty and offer evidence that the Kremlin may struggle to activate the CSTO as cover for Russian military or security operations.

Yet in early February 2016, despite previously declared efforts to increase troop numbers based in Tajikistan, Colonel-General Vladimir Zarudnitsky, the Commander of Central MD, announced that the 201st Base would transition to “brigade status.” This implied a radical reduction in Russian military personnel numbers, seemingly contradicting the official Russian defense and security narrative about an increased threat level to Central Asia. Indeed, in April 2015, Major-General Yevgeny Tubol, the Commander of the 201st Base stated that the troop numbers there would increase over a five year period from 5,900 to 9,000. Tubol directly linked this boost in numbers to the impact of the NATO drawdown from Afghanistan with anti-government forces recapturing territory and elements of the local fighters announcing they had joined forces with ISIS.

While Russian defense officials consistently expounded an increased threat narrative, and sought to reassure their Tajik counterparts as well as offering to insert Russian border troops on the Tajik-Afghan border and actively using multilateral frameworks, the 201st structure was changing. By November 2015, the 149th Motorized Rifle Regiment was relocated from southern Khatlon Region to Lyaur 25 kilometers south of Dushanbe. The Central MD leadership justified this movement of Russian force elements away from the vicinity of Tajik-Afghan border on the basis of “increasing the combat readiness and capacity-building” of the 201st Base.

IMPLICATIONS: For many observers, the contradiction appeared all too apparent, especially when compared with plans to create three divisions in the Western MD as part of a restructuring of the 20th Combined Arms Army. Alexander Golts, deputy editor of Yezhednevny Zhurnal, highlighted the “military dialectic” – the Defense Ministry is securing Russia’s Western border against NATO by using divisions and increasing military personnel numbers, while simultaneously taking the opposite course of action to handle the credible potential threat facing the Central MD by downsizing to a brigade structure.

However, despite these twists in Russian defense planning, there are grounds to see the changes in Tajikistan as a reflection of actual security concerns. The unravelling of the contradiction at the heart of these initiatives lies in the origins of Moscow’s military restructuring in recent years, its involvement in conflict, and the distinctions in the differing possible theaters of operations. During the reform of the Armed Forces in 2008-12, Russia abolished its reliance on mass mobilization, which was at best a theoretical capacity. It instead transitioned from a division-based to a brigade-based structure, jettisoning the old skeleton or cadre units mostly existing only on paper and attempted to boost combat readiness by fully manning smaller brigades.

These were also viewed as more adaptable and faster to use in times of crises. However, following the appointment of Defense Minister Sergei Shoigu in November 2012, a number of the older “divisions” were restored. These units nevertheless failed to reach fully manned divisions and existed in name only, mainly in an effort to restore officer confidence and demonstrate that the new defense leadership respected Russian military tradition and culture.

Likewise, the promise of “division” status and boosted numbers for the 201st Base, which was previously designated as the 201st Motorized Rifle Division, no doubt also struggled to reach its target numbers. Moreover, the shift in the security environment occurring rapidly in this period persuaded Moscow that the 201st Base must be able to react fast to a crisis in the country, while the General Staff could see that small numbers of Russian regular forces had effectively assisted in destabilizing Ukraine. The conundrum is solved by reference to the General Staff understanding that conflict on Russia’s Western border would differ greatly from the smaller scale militant or insurgency threat from the south.

Although the restructuring of the 201st Base confirms an increased anxiety over Central Asian security, there is no parallel increase in the tempo of military and security exercises or operations. Tsentr 2015 involved the CSTO Collective Rapid Reaction Forces (KSOR), which conducts joint exercises annually, simulating intervention to interdict terrorist or militants groups. But there are also novelties, such as the plans to stage the CSTO’s first exclusively intelligence-based exercise in Tajikistan in April 2016, or operation “Illegal 2016” that will target illegal migration, with mechanisms being formed to share information on migrant levels in Central Asia and possible security implications. Moreover, CSTO Secretary-General Nikolai Bordyuzha has revealed that talks are underway to form a CSTO crisis response center.

While Russian defense officials portray Central Asia as a potential theater of operations in response to Islamic militant activity, regional governments are more cautious. Dushanbe, for instance, shares concern about cross border activity, but so far restricts its response to creating special reconnaissance units to beef up border security rather than turning to Moscow for greater help.

CONCLUSIONS: There remains widespread speculation about the future of Afghanistan and its impact on Central Asia’s security, including the risks presented by CIS recruits to ISIS returning to their homelands. Russian and Central Asian experts have nuanced and divergent views on these issues that do not necessarily correspond to the level of security risk commonly represented in official Russian security documents and discourse.

Nonetheless, the General Staff’s priorities are different. It is no doubt anxious about the commitment of forces and logistical support, though on comparatively small scales, to Donbas and Syria; both of which still present conflict escalation risks. In these circumstances Moscow must prioritize scarce resources, including its military potential, and contingency plan for worst case scenarios in Central Asia. Restructuring the base in Tajikistan is one element in this developing strategy, as are efforts to strengthen security capacities in the region through multilateral and bilateral mechanisms. Yet, Russia’s intervention in Syria, in so far as it was tied to combating ISIS, suggests that Russia might be willing to act preemptively in certain circumstances in Central Asia if it judges there to be a possible threat to Russian security.

More in this category: « Georgia's energy sector: debacle avoided, but Tbilisi needs to move beyond short-term solutions Russia's confrontation with Turkey and instability in the South Caucasus »
back to top