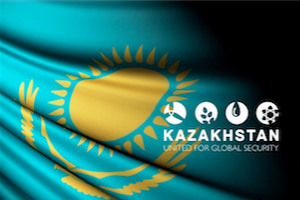 BACKGROUND: The United Nations Security Council (UNSC) elections for five non-permanent seats for two year mandates (2017-18) will be held in June 2016 during the 70th session of United Nations General Assembly. The one seat allocated for the Asia-Pacific group is contested between Kazakhstan and Thailand – the candidate endorsed by the Association of Southeast Asian Nations (ASEAN) members. Kazakhstan made public its intention to seek the non-permanent seat in the UNSC in 2010. Three years later, Astana kicked off an official campaign to launch its candidacy. Since then, a long list of press releases, official documents and public speeches from government officials have outlined the rationale behind this foreign policy objective. The campaign is anchored to Kazakhstan’s foreign policy concept 2014-2020, where active participation in international organizations is presented as an important tool to protect the country’s national interests and secure maximum visibility and leverage for its foreign policy on the regional as well as global arena.

The campaign platform assigns particular importance to transnational security issues with relevance for the UNSC, including four priority areas for international cooperation – food, water security, energy, and nuclear non-proliferation. The attention to these areas stems from Kazakhstan’s own experiences. The focus on nuclear issues draws on Kazakhstan’s successful contribution to disarmament following the collapse of the Soviet Union, when it emerged on the international stage with the fourth-largest nuclear arsenal in the world. Kazakhstan’s nuclear security mandated a strong relationship with United States and Russia since the nuclear arsenal was principally dismantled with their assistance. In 2006, Kazakhstan ratified the Central Asian Nuclear Weapon Free Zone – a legally binding commitment not to manufacture, acquire, test or possess nuclear weapons. In 2015, Kazakhstan also completed negotiations to house the International Atomic Energy Agency’s first international Bank of Low Enriched Uranium. As a result of these commitments, the country has been held up as a model for international disarmament and atomic security.

In the energy field, Kazakhstan has emerged as an energy hub and promoter of an energy strategy in Eurasia within the framework of the multilateral Shanghai Cooperation Organization (SCO). The upcoming major international exposition, EXPO 2017, to be held in Astana has “Future Energy” as its leading theme. In both non-proliferation and energy, Kazakhstan has had to navigate relations with the great powers of the United States, Russia and China.

As one of the world’s leading exporters of grain and flour, Astana argues that it is well positioned to address problems connected with food security. Regarding water, Kazakhstan can point to its own devastating experience with the Aral Sea, once the world’s fourth largest lake, which lost up to 90 percent of its volume because of the Soviet Union’s ruthless exploitation of nature. Since independence, Kazakhstan has taken the lead in uniting the Central Asian states in attempting to restore the Aral Sea.

Besides this thematic platform, emphasis is also placed on advertising Kazakhstan’s role as a representative of a certain cluster of states facing specific geographically-induced challenges, such as being landlocked or isolated islands. In addition, the country’s leading position in the strategically important but often poorly understood Central Asian region, including Afghanistan, makes it a potentially useful interlocutor in the global arena at a time when the international community is preoccupied with regional conflicts and their humanitarian repercussions. In this field, Astana can point to a proactive record to international security, not least demonstrated by establishing the Conference on Interaction and Confidence Building Measures in Asia (CICA) – a particularly bold initiative, in that an unknown country heretofore linked only to Russia dared to convene all Asian countries already in the 1990s.

IMPLICATIONS: From early on, Kazakhstan has been at the forefront of developing new initiatives on some of the most pressing contemporary problems, such as nonproliferation, confidence-building and civilizational dialogue. Kazakhstan’s foreign policy – and its multilateral relations in particular – has expressed a clear logic: to establish the country as a respectable member of the international community; and one which can be a pragmatic partner with all quarters of the globe.

The core of this strategy has been to create several foreign policy pillars – with Russia, China, the U.S., the EU, and Turkey – without prioritizing one too heavily over the other. The key balancing act has been to keep the house in order by not allowing any pillar to totally outweigh the others. Whether this virtuous cycle of balanced external relations will continue, however, looks increasingly uncertain in view of Moscow’s reinvigorated determination to re-integrate the post-Soviet space. The crisis in the relationship between the West and Russia has been unfavorable for Astana, not only trapping it in the middle of a conflict it does not want to be part of, but increasingly being seen as a firm part of an authoritarian Russia’s sphere of influence.

This is the background from which Astana’s recent surge in international activities is coming – from the admission to the WTO and ASEM to campaigns aimed at securing a seat at the UNSC and joining the OECD as well as trying to increase its visibility as a state by organizing global ventures, such as the upcoming Expo 2017. A UNSC-seat would obviously lead to increased international visibility and prestige for Kazakhstan, something Astana has not been shying away from over the years. But it is also part of a general strategy on the part of Astana to use multilateral initiatives to manifest that Kazakhstan has not abandoned its vision of a multi-vector foreign policy. In fact, it is seeking alternative external partners and avenues more persistently than ever.

How could Kazakhstan concretely use a seat in the UNSC as a means to exercise influence over big international politics? Contributions to the effectiveness of the UNSC’s working methods are possible through chairing informal working groups. Successful precedents of non-permanent members successfully using such leverages has been noted in the cases of New Zealand and Argentina in the 1990s. The rotating presidency of the Security Council also helps non-permanent members to expand its agenda-setting power in the negotiations leading up to the stipulation of monthly work programs; a way of bringing in those areas of work prioritized in its campaign platform. Then, there is the possibility of assuming a kind of mediator function. Here, Kazakhstan’s multi-vector foreign policy is the foremost asset. Due to its long-standing stable relations with all members, Kazakhstan can with some confidence claim to fit that bill. Given the frosty relationships between Russia and western powers, Kazakhstan may have some potential of using a seat at the table to mediate these tensions.

CONCLUSIONS: Overall, Kazakhstan’s multi-vector foreign policy, as reflected in its commitment in multilateral organizations as well as its bilateral relationships, has benefitted the country. The strategy has enabled the Kazakh leadership to build strong economic and political relations with multiple partners without creating adversaries in international politics.

Given that the Russian vector, including Russian-dominated regional organizations, has become increasingly dominant in Kazakhstan’s external relations, the further integration into key international organizations should be welcomed, not least in the light of an increasingly polarized and unfavorable geopolitical context. However, its ability to do so depends on whether it could take advantage of a potential UNSC-seat to act independently from Moscow and dispel the notion that the country in an increasingly polarized geopolitical environment falls within an authoritarian Russia’s sphere of influence.

AUTHOR’S BIO: Johan Engvall, Ph.D., is a Research Fellow with the Central Asia-Caucasus Institute and Silk Road Studies Program Joint Center. He is also a Researcher at the Swedish Institute for International Affairs. He is author, with S. Cornell, of the Silk Road Paper Asserting Statehood: Kazakhstan’s Role in International Organizations, published in December 2015.

More in this category: « The EU and Central Asia: Developing Transport and Trade Building on Kerry's Central Asian tour »
back to top