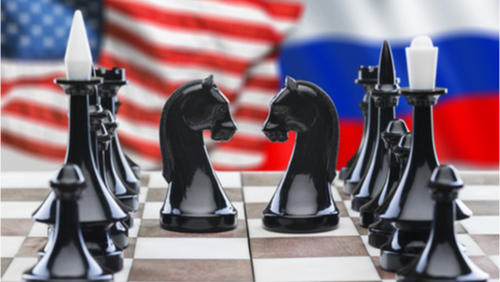 BACKGROUND: The year 2021 presented several challenging events for the world order in general and for Central Asia in particular. Afghanistan descended into chaos after the withdrawal of U.S. forces from this country and incentivized Central Asian countries to tend to their security in anticipation of possible escalation of the Afghan conflict in the vicinity of their territories. Whereas the U.S. military exit from the region fulfilled one of Russia’s long-term objectives, the consequences of the ensuing instability presented new uncertainties also for Moscow.

The strategic uncertainty stemming from the situation in Afghanistan increased further by the end of the year due to initiatives from Russia and the U.S. The Biden administration initiated the “Summit for Democracy,” which irritated Moscow to the extent that it accused the 110 participating countries of agreeing to follow “American interpretation of democracy” (neither Russia, nor the Central Asian states were invited), thus again blaming the U.S. for creating new dividing lines in the world.

On December 17, Russia’s Ministry of Foreign Affairs published a proposed treaty between the Russian Federation and the U.S. and NATO on security guarantees and an agreement on measures that will purportedly ensure the security of the Russian Federation and NATO member states. In particular, Russia demands that NATO rejects military activity in Ukraine, Eastern Europe, the Caucasus and Central Asia, and that NATO refrains from further eastward enlargement and rejects its open door policy to former Soviet countries. Moreover, Russia seeks a U.S. commitment not to establish military bases in post-Soviet countries, utilize their military infrastructure, or develop military cooperation with them. In fact, these documents are an open declaration that Moscow views the former Soviet territory as an exclusive sphere of Russian influence.

Days before this imperial proposal, Russia-1 TV broadcast a documentary on the New History of Russia, in which Russian President Putin states that the collapse of the Soviet Union was in fact a collapse of historical Russia under the name of the Soviet Union. Thus, for Putin, the USSR and Russia are identical. He also lamented that while independence is probably beneficial for former Soviet republics, this obviously is not the case for the 25 million Russians who suddenly found themselves living abroad. This statement on behalf of all Russians living in the former Soviet republics, now independent states, was not only untrue but also highly provocative.

The escalating tension between the U.S. and Russia directly or indirectly echoes in Central Asia. The five regional states have constantly faced geopolitical challenges related to the great power rivalry in and over the region. Yet, there have previously been some tokens of détente and rapprochement between Washington and Moscow regarding their confrontation in Central Asia. At the onset of the 21st century, in May 2002, the then U.S. President George W. Bush and Putin signed a Joint Statement in which they officially rejected the obsolete Great Game and expressed mutual interest in the development and prosperity of Central Asia. However, these intentions now seem discarded altogether, at least on Russia’s part.

IMPLICATIONS: The U.S. and Russia have again demonstrated their strive to build alliances. The U.S. focuses on the world of democracy and Russia seems obsessed with building a neo-imperial world in the former Soviet space. For Central Asia, this is indeed a challenging situation of choice – political and symbolical – between two alliances.

Moscow’s proposal was a message addressed not only to the U.S. (“Don’t come close to me!”) but also to Central Asians (“Don’t move away from me!”). The question is whether Central Asian countries will tacitly accept that great powers decide their fate behind their back. The Russian and U.S. initiatives present an existential choice to Central Asians (as well as other former Soviet republics): to either join the world of democracy in the future or join the world of autocracy now.

It is symptomatic that although 30 years have passed since the collapse of the USSR, the Central Asian republics remain highly sensitive to any signs of threats to their independence emanating from Russia. In 2021, Russian high-ranking officials, including State Duma deputies, and experts on numerous occasions engaged in information attacks to intimidate Kazakhstan, expressing territorial claims on the northern provinces of this country.

In the first days of January 2022, sudden riots occurred in Kazakhstan and quickly spun out of control, incentivizing President Kassym-Jomart Tokayev to invite Collective Security Treaty Organization (CSTO) forces to help stabilize the situation in the country. This was the first deployment of CSTO forces since the Organization’s creation in 2001. Many observers pointed to the fact that Russia was the main beneficiary of disturbances in Kazakhstan and that these riots have an implicit geopolitical dimension.

On January 10, in the aftermath of the riots, an online CSTO summit was quickly organized, in which Belarusian President Lukashenko stated that after Kazakhstan, Uzbekistan could face the same threat, and that Uzbekistan should take heed. This statement caused resentment among Uzbeks, who considered it a thinly veiled threat.

In this context, the question arises as to whether the new cold war between the U.S. and Russia plays out at the expense of Central Asia’s independent states. Two subsequent meetings in Tashkent were symptomatic in this regard. On December 13, the inaugural meeting of the U.S.-Uzbekistan Strategic Partnership Dialogue issued a Joint Statement saying that the U.S. reaffirmed its unwavering support for Uzbekistan’s independence, sovereignty, and territorial integrity. The next day, December 14, a delegation of the Russian MFA visited Tashkent to discuss future cooperation in the spirit of strategic partnership. This illustrates the strategic competition between the two geopolitical rivals in Central Asia, which cannot but undermine the independence of the regional states.

CONCLUSIONS: Moscow’s demands aim to deny the U.S. and NATO the right to cooperate with former Soviet republics in the military sphere, without any support or agreement to this demand from the republics affected. Thus, it also denies the independence of the Central Asian (and other former Soviet) republics. A neo-liberal “clarion” and a neo-imperial “burp” sounded simultaneously for Central Asia. The countries of this region now face a double challenge: to demonstrate their ability to withstand imperial pressure in the neo-Soviet form and to demonstrate a commitment to democratic values and way of development. This challenge requires Central Asian countries and peoples to demonstrate unity and consolidation.

The possibility for Central Asian states of a democratic choice hinges on the continued ability of these states to retain a degree of independence in their foreign and security policies, by maintaining meaningful relationships with the U.S. and the West.

More in this category: « Russia's War in Ukraine: Implications for Central Asia The prospect of six-party regional cooperation in the South Caucasus »
back to top