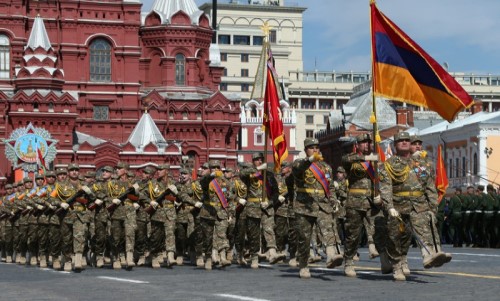 Image Source: Armenia in parade 2015 by Mil.ru is licensed by CC BY 4.0 / resized from original

More in this category: « The Fall of Kyrgyzstan’s Parliamentary Experiment and the Rise of Sadyr Japarov "To Light the Lands": Georgia and the Quest for Electrical Security »
back to top