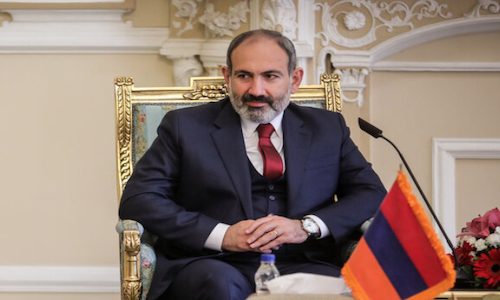 BACKGROUND: A year and a half since Armenia’s “Velvet Revolution,” a significant majority of the country’s population remains supportive of Pashinyan’s government. According to a poll conducted by the International Republican Institute (IRI) in September and October, 66 percent state that the government is doing enough to fight corruption and 70 percent are optimistic about the country’s future. However, the proportion of respondents emphasizing socio-economic issues and the need for job creation has increased significantly in comparison with the previous IRI poll in May 2019 (29 and 38 percent accordingly, up from 18 and 30 percent); the proportion of respondents considering poor management as the top failure has also increased from 22 to 27 percent.

Moreover, respondents express a strong interest in judiciary reform and the implementation of transitional justice – reforms that were repeatedly mentioned among the government’s priorities but have not been implemented. Judicial reform is considered a priority by 82 percent of the respondents, and 60 percent expect that a transitional justice system will address corruption, illicit enrichment, human rights violations, and electoral fraud under the previous regime.

Armenia’s 2020 draft budget projects a 13 percent growth in revenues and 14 percent in expenditures compared to 2019. The revenue increase is mostly due to improved tax collection; yet in 2019 Armenia’s GDP also demonstrated a six percent growth. The 2019 trend of increasing spending on retirement benefits, healthcare, education, defense, road construction, irrigation, and other infrastructure is expected to be maintained.

Apparently, Pashinyan’s attempts to balance the composition of his government have helped to avoid antagonizing the Kremlin, thereby eschewing significant political destabilization. However, the government is facing an increasingly vitriolic propaganda and character assassination campaign by the former ruling Republican Party of Armenia (RPA) and its long-time ally Armenian Revolutionary Federation Dashnaktsutyun (the latter party also proposes confronting the government using “guerilla tactics”). These narratives are also communicated via media, lavishly funded non-governmental organizations, and other actors connected to former president Robert Kocharyan (in office 1998-2008) and Mikayel Minasyan, the son-in-law of former President Serzh Sargsyan, who was ousted by the “Velvet Revolution.” Kocharyan and Minasyan control the majority of Armenian media by proxy.

Kocharyan has been in custody since July 2018 and is currently on trial for ordering a deadly attack on protesters on March 1, 2008 after a contested presidential election, resulting in the killing of 10 people (see CACI Analyst 11/07/18). Sargsyan was indicted on charges of embezzlement in early December 2019. Minasyan has been staying in Moscow for about a year, and formulates the ideological narratives of his informal media network by means of essays published in controlled media and some Russian outlets, such as Nezavisimaya gazeta, as well as Facebook posts.

The largest parliamentary opposition faction, Prosperous Armenia, has remained primarily interested in maintaining the business interests of its funder Gagik Tsarukyan, however, the party has also increasingly sought to undermine the government’s approval ratings by adopting some of the rhetoric used in the propaganda campaign about the “protection of national and cultural identity” and other issues.

IMPLICATIONS: While the public remains overwhelmingly in favor of judiciary reform and generally prefers quick sectoral reforms and a more radical departure from the previous corrupt practices, the government has postponed long-expected measures such as implementing transitional justice, constitutional and judiciary reforms, adopting a law stipulating transparency of media ownership, as well as requesting the National Assembly to adopt a declaration condemning the state capture by the previous administration. Prime Minister Pashinyan recently acknowledged some of the problems resulting from the reluctance to quickly implement reforms. At a government plenary session, he admitted that the unreformed public institutions often cling to old ineffective practices, or even purposefully impede essential reforms. The emergence of this problem was rather predictable, given ingrained perceptions and working methods deriving from a mentality formed over several decades, or even outright loyalty to the former regime. The eventual, although delayed, acknowledgement of this problem may be the first positive step towards a solution.

Meanwhile, Pashinyan faces some problems emanating from within his own team. At a cabinet meeting in December, he acknowledged that some obstacles to reforms were practically a result of obstruction by the entrenched bureaucratic apparatus. Besides, the constitutional amendments adopted in 2015 (see CACI Analyst 12/29/15), arranged to secure a de facto third term and a further hold on power for Sargsyan, also allow RPA’s appointees to retain control over the Constitutional Court and some other institutions, thus stalling the vetting of judges and the judicial reform in general. The situation is further aggravated by the apparent lack of experience of some members of the National Assembly’s Standing Committee on State and Legal Affairs, who have proven incapable of handling the judicial reform and other draft laws effectively. The committee has also rejected a draft law that would make the police and the National Security Service (NSS) accountable to the National Assembly (and not just to the prime minister), while also making it possible to appoint civilians as heads of the police and NSS. A number of Armenian experts consider this to be a prerequisite for reforming these structures.

The police and NSS have been governed by acting heads since September, when the former head of the NSS, Arthur Vanetsyan, resigned because of a disagreement with Pashinyan over the course of reforms, while the head of the police, Valery Osipyan, was dismissed. Vanetsyan immediately adopted hostile rhetoric similar to that of pro-Kocharyan and pro-Sargsyan groups, and after spending a few weeks in Moscow and meeting several wealthy ethnic Armenians with known connections to the former Armenian administration, established the “Motherland” Development Foundation.

While the efforts to avoid antagonizing Russia are quite understandable, Armenian public discourse lacks an open and sincere discussion on the country’s economic development perspectives, limiting these to Armenia’s Eurasian Economic Union (EEU) membership. EEU membership contributed to the significant economic growth in 2019 as Armenia, still enjoying a temporary exemption from the prohibitive customs duties imposed by Russia, could import large numbers of second-hand cars (mostly from the U.S. and Japan) for resale to Russians and Kazakhs, who are allowed to own cars with Armenian registration plates. However, this positive effect is coming to an end; from January 2020, over 700 goods, including many basic foodstuffs, will be subject to EEU regulations, becoming considerably more expensive. At the same time, the repeated suggestions that access to the EEU market will boost investment, or that Armenia could function as a “bridge” between the EEU and Iran, do not seem to materialize. Moreover, in order to attract non-EEU investors, the government has to provide ad hoc exemptions from the value added tax on imported machinery and equipment, which are otherwise hardly affordable due to EEU customs duties. EEU membership also limits possibilities to issue certificates and import some medicines.

CONCLUSIONS: Indeed, it would have been easier to carry out radical reforms immediately after the parliamentary elections in 2019. Yet the government finally appears to have achieved an understanding of the need to speed up the reforms while Pashinyan’s popular support remains high. Pashinyan may now face additional difficulties while trying to reform some of the state institutions that, by his own admission, have been resisting the reforms. The government needs to mobilize additional support for the reforms, particularly among civil society and the non-profit sector. Drastic measures including, but not limited to, condemning the state capture, implementation of transitional justice, constitutional and judiciary reforms, and adopting a law against illicit enrichment will be advantageous in this regard, as they will essentially meet public demand while also undermining the former regime’s material and ideological base. Involving an additional pool of experts, even if not directly affiliated with Pashinyan’s My Step party, may also be helpful at this stage. In general, there is reason for optimism concerning the future outcomes of reforms, however, the “window of opportunity” for accomplishing these will not last indefinitely.

Armen Grigoryan is co-founder and vice president of the Yerevan-based Center for Policy Studies, and a Eurasia Democratic Security Network fellow.

More in this category: « Afghanistan and the U.S. - Iran Confrontation China's Soft Power in the South Caucasus »
back to top