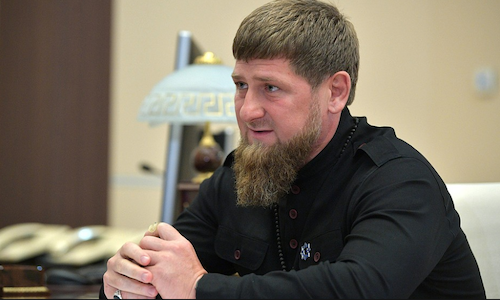 BACKGROUND: The recent rumors about Kadyrov’s possible dismissal as the head of Chechnya and reappointment to a senior position in the federal government emerged following Kadyrov’s own posts on his page in the VKontakte social network, where the Chechen leader complained about possible betrayals among his close associates. Analysts soon deduced from Kadyrov’s that he may be replaced as the head of Chechnya either by the speaker of the Chechen parliament Mahomed Daudov (known as “Lord”) or Chechen Prime-Minister Muslim Khuchiev. Although both Daudov and Khuchiev vehemently denied these claims, sources close to Kadyrov reported that he summoned both potential contenders and asked them to swear on the Quran that they will not accept the job of Chechen leader should it be offered to them by the Federal government. Supposedly both officials refused to swear, leaving Kadyrov disappointed and puzzled.

Other rumors in Russian social networks predicted that Kadyrov will most likely be appointed Russia’s Minister of Interior (MVD) and that Kadyrov’s fears of dismissal are nothing more than a farce, typical of the Chechen leader. The fact that Kadyrov already holds the title of MVD General increases the likelihood that he will be promoted to that post. Another possible job for Kadyrov in the Russian power ministries could be a high-ranking position within the recently established RosGvardiya (National Guard), due to Kadyrov’s close relationship with its director Viktor Zolotov.

Another scenario suggested on Russian social networks is the appointment of Kadyrov as Chechnya’s prime minister in 2020, which would legitimize his later reelection for another term as head of the republic. Since Kadyrov has already served as the head of Chechnya for two consecutive terms, he should be legally barred from serving a third consecutive term. Yet after serving as Chechnya’s PM for five years, Kadyrov would legally be allowed to assume the position of the republic’s head again, in the same manner as Vladimir Putin previously switched the presidential office with Dmitry Medvedev. In that case, the most obvious candidate to temporarily become head of the republic would be Sharip Delimkhanov, head of the Chechen division of RosGvardiya and brother of Chechen MP Adam Delimkhanov, who is also considered to be one of Kadyrov’s closest associates. The Chechen Minister of Interior, Ruslan Alkhanov, could be another possible candidate. Both Delimkhanov and Alkhanov are considered to be fiercely loyal to Kadyrov and previously served his late father Akhmad Kadyrov.

However, this last scenario could potentially be hard for the Kremlin to implement and risky for Kadyrov. Public attitudes in Russia and Chechnya have changed since Putin and Medvedev switched jobs and efforts to reinstate Kadyrov as president of the republic following his service as prime minister will possibly face discontent not only among the public, but also among Kadyrov’s opponents in Moscow as well as Grozny.

IMPLICATIONS: Kadyrov’s current concerns about dismissal is not the first time the Chechen leader has found himself in a precarious position. Kadyrov’s reappointment as the president of Chechnya in 2016 was challenged by his alleged direct implication in the assassination of Russian political opposition leader Boris Nemtsov in 2015. Kadyrov’s close affiliation with Nemtsov’s murderers placed Putin’s relationship with Kadyrov under threat and the Russian president was reportedly hesitant to proceed with Kadyrov’s reappointment in 2016.

It is well-known to anyone dealing with Russian politics that Kadyrov is the most hated public figure in the country’s law enforcement agencies. While many in the military, security services, and interior detest Kadyrov’s manners, others cannot stand his brazen-faced public appearances and impunity, things that Kadyrov has afforded for years owing to his exclusive relationship with Putin. While Kadyrov’s brutality deployed within Chechnya and against ethnic Chechens has raised few eyebrows in Russia’s top brass, his increasingly vigorous interference in federal issues has turned many siloviki against him. In the words of a former Kremlin official quoted by the Financial Times, in Chechnya, “the army isn’t really the army and the police isn’t really the police. Many in the security services hate Kadyrov for that, and they may well try to rip up this model if they get the chance. When Putin leaves, that will be a dangerous moment.” According to a Moscow-based Russian expert close to the siloviki, Zolotov is the single high-ranking Russian silovik close to Kadyrov, likely thanks to their personal proximity to the Russian president.

With Russia’s law enforcement agencies fiercely opposed to Kadyrov, the question is whether the Kremlin is willing, at a time of expected social turmoil, to risk Kadyrov’s appointment as the head of a profoundly adversary force. This is unlikely given the negative repercussions of such a move; for the law enforcement agencies as well as for nationalistically-laden public opinion. Moreover, if Kadyrov would be appointed to a formal position, he would be less useful to the regime as the leader of a paramilitary-style force. As some commentators have observed, the advantage of having Kadyrov, along with his experienced and feared kadyrovsty, as a counterbalance to a prospectively vocal opposition movement in Russia, is immense as the regime could distance itself from violence carried out by “Chechen savages.” This also reduces the likelihood that Kadyrov will be ousted, at least as long as Putin holds office.

CONCLUSIONS: A Chechen political scientist with connections to Kadyrov’s entourage claimed to the authors of this article that Kadyrov has been perfectly calm these days, having performed pilgrimage to Mecca. He recalled previous occasions when Kadyrov, unsure about his reappointment prospects, panicked for weeks and made numerous phone calls, sent emissaries to his “friends” in Moscow and tried to connect with Putin personally. In fact, the Chechen strongman has been known as prone to panicking. The same source claimed that without Kadyrov’s explicit permission, “Lord” (Daudov) or Khuchiev would never dare to engage in any sort of bilateral talks with external – federal – actors. It is also highly unlikely, given the established standards of loyalty at Kadyrov’s court, that his closest associates would refuse their leader anything, let alone pledging an oath on an issue relating to loyalty. If they were to challenge Kadyrov’s authority, they and their families would face severe penalization, which has not been the case. Thus, the prospect of Kadyrov’s ouster appears highly unlikely. Being bound to Putin, the Chechen strongman will likely remain in office as long as his mentor in the Kremlin remains unchallenged. Yet following Putin’s departure from public office, whenever this takes place, Kadyrov will face numerous challengers both at home and in Moscow.

More in this category: « Russia's Strategic Economic Projects in the Caspian: Reality and Perspectives Why Washington Must Re-Engage the Caucasus »
back to top