August 17 marked the first hundred days in office for Nikol Pashinyan’s government in Armenia, which assumed office after the mass social protests erupting in April and May this year. The leaders of the protest movement underlined that they campaigned for domestic reform, yet the ensuing transition of power followed by a crackdown on corruption and a legal purge among the Armenian political elite has already reverberated in Armenia-Russia relations. Moreover, the new government’s stiff approach towards resolution of the Nagorno-Karabakh conflict has brought renewed tension in its relations with Azerbaijan. 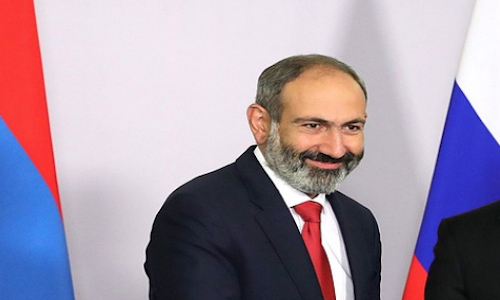 BACKGROUND: The peaceful campaign initiated by opposition leader Pashinyan resulted in the resignation of former President Serzh Sargsyan from the prime minister post, which he assumed after constitutional changes went fully into force in April. Even though the protests focused on corruption and the country’s oligarchic system, the foreign policy implications of the events were a frequent topic of speculation among Armenian and foreign observers alike.

Russia’s approach to the massive protest campaign and power shift in Armenia received the most attention given Moscow’s strong influence in Armenia’s politics, economy and military. In light of Russia’s aversion to “color revolutions” a risk existed that Moscow could resort to military intervention if Armenia followed in Ukraine’s footsteps (see CACI Analyst, May 31, 2018). After all, the peaceful revolution ousted political elites who cooperated closely with Moscow. In addition, Pashinyan and his party were staunch critics of Armenia’s membership in the Eurasian Economic Union as well as further military cooperation with Russia. Nevertheless, during the protest campaign its leaders engaged with Russian authorities and assured them that the protests were not aimed at Russia and free from any foreign influence. Soon after assuming the prime minister post, Pashinyan met with Russia’s President Vladimir Putin, and vowed to maintain friendly relations with Russia while stressing the importance of bilateral strategic cooperation.

Since Armenia’s domestic politics have for decades been closely linked with the Nagorno-Karabakh conflict, fears emerged that the political upheaval could heighten the risk of clashes along the contact line. Some Azerbaijani media commentators called for exploiting the domestic situation in Armenia to regain parts of the occupied territories. Yet official Baku had no such intentions, and feared that the political upheaval would incentivize Armenian forces to provoke a confrontation. A serious incident took place in Azerbaijan’s Nakhichevan Autonomous Republic in late May, as an Azerbaijani soldier was killed at the border between Armenia and Azerbaijan’s exclave.

The events caused uncertainty also among the Nagorno-Karabakh leadership, since the departing Prime Minister and former President Sargsyan was a member of the Karabakh clan, an informal group of army commanders hailing from Nagorno-Karabakh, which has ensured that the de facto republic will continuously receive support from Armenia. However, the new leadership engaged with the Karabakh de facto authorities both during the protests and after the formation of the new cabinet to assure them of their unwavering support.

IMPLICATIONS: Although the new government does not want to substantially alter Armenia’s geopolitical outlook or depart from the country’s close alliance with Russia, several issues in this relationship could become problematic. Pashinyan has carefully presented his protest movement as oriented towards internal reform, yet some observers note that the intent to dismantle the existing oligarchic order, which has close ties with Russia, can endanger Moscow’s influence in Armenia’s political and economic life. Initially, Russia cautiously accepted Pashinyan, anticipating that its relations with Armenia will remain unchanged. However, Moscow already seems displeased with some of the moves by the Armenian government.

The current tensions in Armenia-Russia relations mainly relate to the legal crackdown on senior Armenian former officials. In early August, Moscow publicly expressed concern about the criminal charges raised against former President Robert Kocharyan and Colonel General Yuri Khachaturov, Secretary General of the Collective Security Treaty Organization (CSTO), in relation to the 2008 post-election violence in Armenia. In late August, the Russian President’s official webpage informed that Putin called Kocharyan to congratulate him on his birthday. Moscow’s official pressure on Armenian authorities was accompanied with an intensified campaign in Russian news outlets and social media, including articles labeling members of the new cabinet “Russophobes” and speculating about their ties with the CIA and the Soros Foundation. Tensions between Moscow and Yerevan will probably not disappear anytime soon, since the crackdown on corruption and legal actions against Armenian officials are set to continue.

Pashinyan has expressed his readiness to settle the Nagorno-Karabakh conflict peacefully and stated that the breakaway republic should become an integral part of Armenia. Pashinyan has also called for accepting the Nagorno-Karabakh population’s right to self-determination and proposed that their representatives should participate directly in the peace talks. Baku, which has carefully evaluated how the government shift in Yerevan will affect the settlement of the conflict, strongly denunciated these statements. Initially, Baku welcomed the departure of the Karabakh clan from power, hoping that the new leadership would adopt a more flexible approach to the Nagorno-Karabakh issue than previous Armenian leaders.

However, Armenia’s new government for now seems to have adopted an even more hardline stance on Nagorno-Karabakh than its predecessors. Azerbaijani officials condemned Pashinyan’s statements on Nagorno-Karabakh but announced that they are ready for intensive negotiations to resolve the conflict. Azerbaijan’s President Ilham Aliyev reiterated that the country’s territorial integrity should be fully restored in accordance with international law and declared that the “Azerbaijani state will never allow a second Armenian state to be created on Azerbaijani soil.” Azerbaijan’s MFA has also vehemently opposed the idea of including representatives of Nagorno-Karabakh in the peace talks, stating that format of negotiations has already been agreed upon under OSCE auspices.

Political tension and patriotic muscle-flexing has been accompanied with several skirmishes around Armenia’s border with Azerbaijan’s exclave Nakhichevan and along the Nagorno-Karabakh contact line. Moreover, in a press conference held after the first meeting of Armenia’s and Azerbaijan’s foreign ministers with the OSCE Minsk Group co-chairs on July 11, Pashinyan declined to answer the question of whether Nagorno-Karabakh should be returned to Azerbaijan, stating that this issue should be for Armenians to decide.

Pashinyan has also expressed his wish to relaunch the rapprochement process with Turkey to restore diplomatic relations and reopen the Armenian-Turkish border, which was scrapped by the previous government earlier this year. The prime minister declared that Armenia is ready to establish diplomatic ties with Turkey “without preconditions,” but remains committed to the recognition of the Armenian genocide. Turkish Prime Minister Binali Yıldırım welcomed the possibility of restoring ties with Yerevan on the condition that “Armenia gives up its hostile attitude, which it has shown for years against Turkey; if it gives up its wrong attitude against Turkey’s territorial integrity and borders, if it wants to opens a new page, then we will respond accordingly after looking at the details.” Armenia’s stance on Nagorno-Karabakh could present a major stumbling block; Pashinyan has stated that he is not ready to accept any preconditions formulated by Turkey, such as demands that Armenia should reach an agreement with Azerbaijan on Karabakh before restoring bilateral relations with Ankara.

CONCLUSIONS: Some observers of the recent power shift in Armenia hoped for a geopolitical reorientation in Armenia’s foreign policy, which was expected to drift toward the West at the expense of the traditional alliance with Russia. Due to security concerns, this scenario seems unlikely in the foreseeable future even though the new cabinet has already expressed its willingness to tighten cooperation with the EU and NATO alike. However, Armenia’s foreign policy is still undergoing change – domestic policies and realities already have an impact on the country’s external relations. Pashinyan’s hardline statements on Nagorno-Karabakh and assertive stance towards Ankara, and to a lesser extent towards Moscow, stem from the need to boost his patriotic credentials and rally supporters. However, these rather populist statements have powerful reverberations, primarily in relations with Azerbaijan. The new cabinet should prioritize internal reforms and avoid becoming entangled in unnecessary external disputes, especially when it comes to the Nagorno-Karabakh conflict. Patriotic muscle-flexing from both sides can easily result in a heightened number of military skirmishes along the contact line and around the Nakhichevan-Armenia border, or even spiral into full-blown conflict.

More in this category: « The Perspective of Trans-Caspian Gas Flow to Europe U.S.-Kazakhstan Transit Agreement Faces Challenges From Russia »
back to top