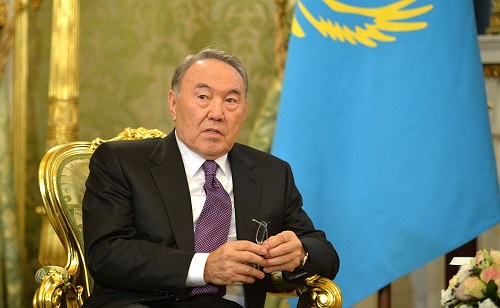 BACKGROUND: After gaining independence in 1991, the then newly independent states of Central Asia faced the unprecedented task of creating all attributes of statehood from scratch. Alongside such attributes as a national government, laws, a currency, an army, borders and many others, all states swiftly ascribed the titular languages of their nations the status of state languages. Kazakh, Kyrgyz, Tajik, Turkmen and Uzbek were proclaimed the state languages in Kazakhstan, Kyrgyzstan, Tajikistan, Turkmenistan and Uzbekistan respectively. They thereby launched the so-called “language policies” as a natural attribute of their statehood.

The next step in this policy was to reform the alphabet. Uzbekistan was first in deciding to change from the Cyrillic to the Latin alphabet. In 1993 Uzbekistan adopted the law “On the Introduction of the Uzbek Alphabet Based on Latin Script.” As is common during fundamental reform processes, this change of the alphabet could not take place without corresponding costs – social, economic and political. Anticipating possible difficulties and frictions in the implementation of the law, Uzbekistan’s Supreme Council (parliament) adopted an ordinance stipulating the introduction of the new alphabet on a step-by-step basis, envisioning the completion of this process by September 1, 2010.
In reality, however, the process took longer. Even today, Cyrillic script is widely used in public and political life. In the last 25 years of post-Soviet development, the state has not enforced its language and alphabet policy, giving priority to an evolutionary pace. Yet this policy has recently gained new impetus, given that the population has had enough time to understand texts written in Latin script.
In April this year, 25 years after independence, Kazakh authorities finally announced their intention to shift to the Latin script. Following the Kazakh example, demands for shifting from Cyrillic to Latin began to be voiced in Kyrgyzstan as well. These recent trends could not but have the effect of a red rag to a bull among Russia’s media, elites and social networks and cause a highly adverse reaction on their part. Many in Russia immediately began to loudly discuss the problem of the rights of ethnic Russians living in the former Soviet republics. For them, the change of alphabets is synonymous with discrimination of ethnic Russians. Some even associated the question of alphabets with the squeezing of Russia’s sphere of influence in the post-Soviet space, thereby adding a geopolitical dimension to these developments.

IMPLICATIONS: Sooner or later the issue of changing the alphabet would have been raised among and by the public as a logical component of the state language policy because languages and their alphabets always go hand in hand. Consequently, what is taking place in the language and alphabet policies of the Central Asian states should not be surprising. However, some political hawks and biased pundits in Russia tend to see anti-Russian plots or at least irresponsible acts in whatever independent states do independently from Russia. Moreover, such irritation reveals, among other things, the persistence of imperialist tradition in the Russian political system and political process.

It has to be mentioned that the introduction of the Cyrillic alphabet was just a link in the chain of events which led to the establishment of firm Soviet rule in Turkestan – most of modern Central Asia – but this process was never smooth and uncontroversial. In 1929, the official alphabet was changed from Arabic to Latin which in turn, in 1940, was changed again to Cyrillic. In fact, Cyrillic has been the official alphabet in Central Asia for only about half a century. There are hardly any other people in the world that experienced four alphabets within one century (Arabic-Latin-Cyrillic-Latin).

It should also be noted that some republics in the former Soviet Union did not change their alphabets at all. Armenia and Georgia, as well as the Baltic States (Latvia, Lithuania and Estonia) never used Cyrillic during and despite the Soviet rule. Interestingly, even the Kazakh Soviet alphabet based on the Cyrillic script included a couple of letters borrowed from the Latin script. The coexistence (indeed, peaceful coexistence) of Cyrillic and Latin in the former Soviet Union was a matter of fact. Naturally, the post-Soviet reality will be more plural in this respect.

Therefore, the return of the Latin alphabet is nothing but a function of independence. It is an act of national self-determination which should be dealt with as it is. Meanwhile, although the official alphabet is reversed, the Russian language and Cyrillic script are still revered in the countries concerned. In Uzbekistan, Kazakhstan and other Central Asian countries there is no official discrimination of Russians as a purposeful state policy. In many life circumstances as well as in political life, the Russian language alongside the Cyrillic alphabet is widely utilized.

The latter fact has given a reason for some pundits, media and officials in Russia to argue that Central Asians cannot rid themselves of Cyrillic and that Latin is irrelevant. They often point out that the great bulk of historical and other literature and texts over the past century has been published in Cyrillic and people will face difficulties reading texts in Latin. However, they overlook two simple facts: 1) the great bulk of literature and published texts and manuscripts are kept in archives and other sources and are in Latin or even in Arabic, that is, from pre-Cyrillic times; 2) the literacy rate in these countries diminishes the problem of reading scripts other than Cyrillic. This point is crucial. Uzbekistan and other Central Asian countries have achieved about 100 percent literacy rate. This is a good background for adapting to the Latin script without giving up Cyrillic.

CONCLUSIONS: Whatever the “pro et contra” of de-Cyrillization and Latinization of the alphabets, this political trend can be regarded as an unavoidable stage in the sequential de-Sovietization process, protracted for 25 years, which should be completed sooner or later. Language and alphabet policies must finally dot the i’s and cross the t’s. And as long as it is, among other things, about the de-Sovietization process and an act and function of independence, it will in all likelihood, as one can see, be exposed to (geo-)politicization of the problem.

However, opponents to Latinization, mostly in Russia, make a fuss about this issue and create problems where they do not exist. Indeed, the Latin script per se is neither an alien nor an unfamiliar script to all the former Soviet people who used to study world languages in primary and secondary schools. Therefore, this is not even a generational issue. It is rather an advantage for Central Asians in the 21st century to use both alphabets – Cyrillic and Latin, and speak both Russian and Western languages alongside their native languages. It is obvious that the Cyrillic alphabet and Russian language will not be forgotten for the same reason as learning English or other Western languages or Chinese are beneficial.

By and large, the criticism of the change of alphabets in Central Asian countries is baseless since it contrasts with the social and interethnic peace prevailing in these countries, no matter which alphabet is adopted as official. The experience of Uzbekistan is illustrative in this regard. Slowly but steadily, Latin is becoming used everywhere in the country: text-books in schools, names of the streets, screen captions on TV, passports, various paperwork in governmental bodies, advertisements, commodity tags in the shops, some journals and many fiction books are all issued in Latin script without causing complaints or resentment on the part of the country’s Russian-speaking population.

Of course, Latinization is not implemented without corresponding costs and collateral problems related mostly to people’s adaptation to a new reality. But these problems cannot serve as the ultimate argument for assertions about the irrelevance of the ongoing implementation of language and alphabet policies in the states concerned. It remains of special importance that the opponents of these policies, especially in Russia, will overcome geopolitical suspicions when it comes to the independent choice of Central Asian countries.

More in this category: « Georgia’s Constitutional Reform is Good for the Ruling Party, Bad for Georgian Democracy Parliamentary Elections in Armenia Ensure Continued RPA Rule »
back to top