Revival of Islamist insurgency in the North Caucasus?

The last week of August 2016 saw two large-scale Counter-Terrorist Operations (CTOs) in the North Caucasus republics of Kabardino-Balkaria and Dagestan, followed by another CTO conducted in the second week of September. This relatively low-scale increase in military confrontations between militants and security forces in the region nonetheless indicates a steady recovery of non-ISIS Islamist cells, which have been in decline since the emergence of ISIS in the region. While these recent developments may not indicate a revival of the local Islamist insurgency, they indicate that local insurgent jama’ats are still present and active in the region. 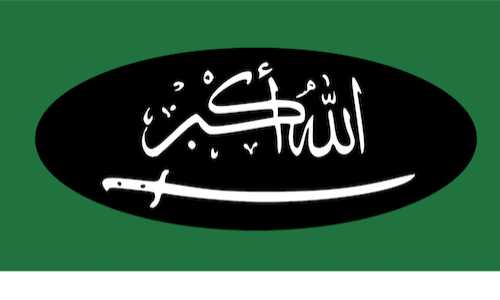 BACKGROUND: In Dagestan, the CTO implemented on August 28 took place only 15 days after another large scale counter-terrorist operation in the same district. The CTO conducted on August 27 in Kabardino-Balkaria was the first counter-terrorist operation announced in the republic this summer. During these confrontations, security forces managed to kill three Islamist militants belonging to armed groups with no known affiliation to the terrorist organization known as the Islamic State in Iraq and Syria (ISIS). In the most recent CTO conducted in the second week of September in Dagestan’s capital, Makhachkala, six militants were allegedly killed in a shootout with security forces. All of them members of a locally-based Islamist group.

Following the rise of ISIS in the Middle East and North Africa in early 2014, hundreds of Islamist militants from across the North Caucasus departed either to join ISIS in Syria and Iraq, or to become part of similarly-minded Islamist groups in Syria. In the North Caucasus, the declining local insurgency led by the Caucasus Emirate was heavily weakened both by the exodus of Islamist volunteers to the Middle East and by the fact that many local insurgent jama’ats (communities) pledged loyalty to ISIS. Although local ISIS units emerged in the North Caucasus as early as in mid-2014, they have suffered heavy casualties and by the end of 2015 lost most of their leadership due to Russian counter-terrorism operations.

All of the above resulted in a significant decline of conflict-related violence across the entire North Caucasus. In contrast to 146 people killed and injured in the North Caucasus during the summer of 2014, only 44 fell victim to the conflict in the summer months of 2015. According to the Caucasus Knot, of 38 individuals killed from May to September 2015, 33 were members of the armed underground, three were police officers and two civilians. In comparison, a year ago at least 13 members of the security forces and 12 civilians were killed as a result of armed violence. In addition, out of 50 individuals injured in 2014, 45 belonged to the security services (five were civilians). In 2014, as during earlier periods, over 60 percent of all conflict-associated violence occurred in Dagestan. The 2015 decrease in violence was indeed unprecedented for the region, which has been engulfed in violence ever since the spillover of the Chechen Wars to the rest of the region in the early 2000s.

Considering that for the past ten years the average number of conflict-related deaths per year in the North Caucasus was around 200 people, experts predicted that the reduction in conflict activities in 2015 marked the end of the large-scale Islamist insurgency in the region.

IMPLICATIONS: However, the expectations that the conflict would phase down appeared unwarranted as the conflict-associated violence began to increase in 2016. As estimated by the Caucasus Knot, 87 people were killed and injured as a result of conflict violence in the North Caucasus from May to September 2016. Among 51 fatalities, 10 members of the security forces were killed (3 in 2015). Only in Dagestan, 9 police officers were killed since the beginning of summer (2 in 2015) and 23 injured. In Chechnya, seven security personnel were wounded this summer (two in 2015) and one killed.

In the summer of 2016, CTOs were conducted in the North Caucasus with an average frequency of one per week, or even more often. These operations include the large-scale CTO implemented in Dagestan’s Andy village on August 11, targeting members of the Botlikh jama’at. The CTO ended after three suspected militants, including the head of the group, were killed in a shootout with Special Forces. Three days later a smaller scale CTO was carried out in a neighboring region and led to the death of one suspected militant. Only a few days later, two more CTOs were conducted in two other regions of the republic, but these were soon terminated due to the failure of the authorities to locate suspected Islamists. The latest in the series of CTOs – announced on August 27 – took place in the eastern coastal region of Dagestan and has led to an intensive exchange of fire between police and the militants. No casualties were reported on either side.

It is noteworthy that each of the above described confrontations involved members of local Islamist groups, who were either unaffiliated with ISIS, or remained completely independent from ISIS even if they had pledged loyalty to the Caliphate. While some of the militants killed during the series of CTOs this summer were previously known to the security services, none was identified as a returnee from the Middle East, or as an ISIS militant. This suggests that home-grown and locally-trained Islamists not only make their presence noticeable but are also seemingly the most active and capable part of Islamist underground in the North Caucasus.

Contrary to expectations, former ISIS militants of North Caucasian origin have thus far avoided taking active part in the local insurgency. For example, as reported by the Caucasus Knot, two residents of Dagestan who have recently returned from Syria were arrested in their home village. Instead of joining local Islamists, the former ISIS fighters have sought to reunite with their families.

The increase in militant activity, reflected in both the numbers of conflict-related victims and the surge in the numbers and frequency of CTOs, show a revival trend of the local Islamist insurgency, which has suffered severe blows by the outflow of Islamist recruits and the failure of ISIS to establish itself in the North Caucasus. In contrast to the ISIS branch in the North Caucasus, which has suffered heavy casualties throughout 2014-15 due to infiltration and the lack of connections with the local population, local insurgent jama’ats prove more resilient in the face of Russian counterinsurgency and enjoy wide-ranging local support. For example, during each of the recent CTOs in Dagestan, the authorities reported that several local militant supporters and accomplices were arrested.

CONCLUSIONS: The rise of conflict-related incidents this summer across the North Caucasus is an unexpected development following the widely anticipated decline of militant activity. Similarly noteworthy is the fact that the bulk of confrontations with security forces was not with ISIS-trained or affiliated militants, but with home-grown small Islamist cells. Contrary to expectations by experts and analysts that battle-hardened ISIS members from the North Caucasus would reinvigorate the local insurgency upon their return from the Middle East, it is local Islamist cells that seem to be behind most of the conflict-related violence in the region. While developments during the summer of 2016 might not be indicative of a revival of the local Islamist insurgency, which still lacks leadership and resources, they nonetheless show that local insurgent jama’ats are far from wiped out in the region. As of now, the majority of local insurgent cells are highly localized, lacking coordination and central command.

AUTHOR'S BIO: Huseyn Aliyev is a conflict and area-studies expert currently based at the School of Interdisciplinary Area Studies, University of Oxford. His recent publications appeared in Security Dialogue, International Security, Journal of Strategic Studies and Studies of Terrorism and Political Violence.

More in this category: « Prospects of Turkmenistan-Iran gas cooperation Signs of improving relations between Uzbekistan and Tajikistan but tensions remain »
back to top