Last month, Kazakhstan’s energy minister announced that his ministry would not at present exercise its so-called pre-emption rights to purchase British oil and gas company BG Group’s share in the Karachaganak project. This could be a break in a pattern of acquisitions driven more by economic than political factors. Royal Dutch Shell’s proposed US$ 70 billion buyout of BG Group would give it a major stake in Karachaganak, one of Kazakhstan’s biggest hydrocarbon deposits. Karachaganak accounted for about 15 percent of BG’s total production volume and 9 percent of its US$ 19 billion in revenue in 2014, a BG report has stated. Indeed, it has been a cash cow for BG. 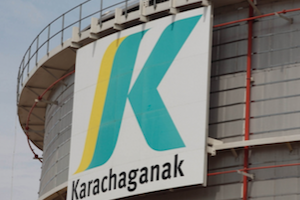 BACKGROUND: Joining Karachaganak Petroleum Operating (KPO) is, however, not a sure thing for Shell. Under the terms of the production sharing agreement, each contracting company has the right to sell its share in the project. A buyout clause allows one of the consortium’s existing shareholders to buy BG Group’s stake. Yet before this option is available, Kazakhstan has pre-emptive rights and eventually will have the final word on the fate of any deals. In the event of a change in BG’s ownership, the company pointed out in its 2014 report that, under its laws, Kazakhstan’s government may claim its right to buy out BG’s stake.

Kazakhstan has exercised its pre-emption rights several times in the past to buy shares in major projects. Kazakhstan has also used this power to bring Chinese companies into projects - by buying and then reselling shares to them. Now that it has declined to make the acquisition for itself, there is speculation that Astana could repeat this practice with the BG sale.

In 2004, the government made it mandatory for state-run KazMunaiGas (KMG) to hold a stake in what were loosely described as “strategic projects.”  Astana decided that having shares in projects is much more important than just receiving a part of their profits in accordance with a produc­tion-sharing agreement (PSA). Astana introduced a goal of 50:50 ownership in joint ventures between foreign companies and KMG. It also took actions to increase its share in key projects. The government was already receiving 65-80 percent of the profits from a field after foreign investors had recuperated their devel­opment costs.

The government’s priority right to repurchase saleable oil and gas assets gives it the power not only to purchase subsoil development rights, but also the shares in any legal entity having subsoil use rights.

Using this authority, KMG muscled into Karachaganak, and international oil majors had no choice but to dilute their shares in the project to make way for the state oil company.  KMG took over a 10 percent stake in Karachaganak in 2012.

The Kazakh government has also used pre-emptive buyout rights to secure larger stakes in major projects and then sold shares to its strategic partner – China. For example, a decade ago, the Canadian oil company Petro Kazakhstan decided to leave Kazakhstan’s market, but it was unable to sell its assets to a partner. KMG bought Petro Kazakhstan and sold a part of the shares to Chinese CNPC. In 2013, KMG bought an 8.4 percent stake in the Kashagan oilfield from ConocoPhillips for US$ 5 billion, thereby blocking the U.S. company’s plan to sell to India’s Oil & Natural Gas Corp.

IMPLICATIONS: These developments have been seen as part of Astana’s policies of resource nationalism and support for Beijing’s strategic policy - to increase the Chinese presence in Kazakhstan and the whole region. But these developments took place in an environment of high oil prices.

In that environment, most petro state governments renegotiated their contracts with IOCs seeking not only higher oil revenues but also control over or increased shares in projects. This “resource nationalism” has been explained predominantly as enabled by high oil prices.  But now, with the energy market depressed, resource nationalism has seemingly become less attractive.

Chinese companies have in recent years spent billions of dollars buying upstream assets, enjoying high oil prices and the ability to obtain government loans at little or no interest. Yet the situation has changed dramatically. China’s economy is slowing down, credit is tightening, and the energy companies’ revenues are also declining dramatically. Kazakhstan may still be interested in buying shares in the hugely profitable project for itself, in line with its energy policy. But it faces a significant decline in revenue, requiring changes in policies in accordance with new realities.

Karachaganak is one of Kazakhstan’s most important energy projects, especially while the Kashagan field remains idle. The field accounts for around 40 percent of Kazakhstan’s natural gas output, making it a coveted prize. Located in northwest Kazakhstan, it is one of the world’s largest gas-condensate fields, with estimated resources in place of 9 billion barrels of condensate and 48 trillion cubic feet of gas. Only 10 percent of those assets have been extracted and significant development opportunities remain.

Currently, BG Group and Italy’s Eni each have 29.25 percent stakes in KPO and serve as joint operators of the project. The other shareholders are Chevron (U.S.) with 18 percent, LUKoil (Russia) with 13.5 percent and Kazakhstan’s KMG with 10percent.

Currently, KMG, as well as other members of the consortium are feeling the pinch of low crude oil prices, which have fallen by more than 50 percent since mid-2014. KMG faces cash-flow constraints and substantial financial problems due to serious shortfalls from the massive Kashagan oilfield. Trying to repair its leaking balance sheet, KMG has already sold part of its Kashagan assets to the country’s sovereign wealth fund.

The oil price crash has had a profound impact on Kazakhstan, which relies on oil for 20 percent of its GDP, 50 percent of its fiscal revenues and 60 percent of its exports. The government depends heav­ily on the oil industry, which in turn relies on just a handful of large fields, with two onshore sites – Tengiz and Karachaganak – accounting for nearly half the total production. A significant portion of Kazakhstan’s economy stands on a rather narrow base. The country needs more investments in new exploration and development.

Oil prices are now anticipated to remain around US$ 50 per barrel until at least the end of next year. Assuming that this prediction holds, the government has introduced a tough plan that aims to cut expenses and projects. The budget for next year has already been scaled back significantly. Last month, President Nazarbayev summarized his government’s austere response to the difficult economic climate saying “There is a shortage of funds, so expenditure on new projects will be strictly limited by the possibility of increasing revenues. So we must declare a moratorium on all kinds of initiatives until 2018.”

CONCLUSIONS: In this situation, if in the end KMG does decide to buy the Karachaganak shares, it would need strong arguments to get government support. This could be a difficult task at present. KMG will therefore most likely not seek to buy Karachaganak’s shares for itself right now, but needs to weather the current difficult time. It can return to this idea later, when oil prices are again on the rise. Meanwhile, Kazakhstan needs to attract foreign investors by demonstrating that it has a friendly business environment.

The second possibility of KMG buying the shares and then selling them to the Chinese also faces difficulties. The Chinese companies are operating under similar economic constraints, and may also decide to pass on an opportunity to increase control over the Kazakh energy sector. Additionally, Chinese companies are currently attracted by the potential of energy projects in Iran, a giant market with low production costs, which might soon become available. Which scenario prevails will likely seen become clear. The Karachaganak deal is indeed a serious test for Kazakhstan and whether resource nationalism is driven by political or economic considerations.

AUTHOR’S BIO: Najia Badykova is the head of Antares Strategy consulting, and Senior Associate (Nonresident) with the Russia and Eurasia Program at the Center for Strategic and International Studies (CSIS).

More in this category: « Pluses and minuses of the C5+1 format A new boost for the Southern Corridor? »
back to top