On December 10, 2020, Russian Duma deputy Viacheslav Nikonov claimed that there had been no such country as Kazakhstan in the past, and that the northern part of modern-day Kazakhstan used to be unpopulated. He did so on his “The Great Game” (Большая игра) TV program on the state-backed Channel One, dedicated to the 30th anniversary of the signing of the Belovezha Accords. Rubbing salt in the wound, Nikonov added that “Kazakhstan’s territory is a big gift from Russia,” causing consternation in the Kazakh government and outrage in the country’s media. In light of Russia’s March 2014 unilateral territorial absorption of Ukraine’s Crimea, questions of post-Soviet national territorial sovereignty are not an idle concern. 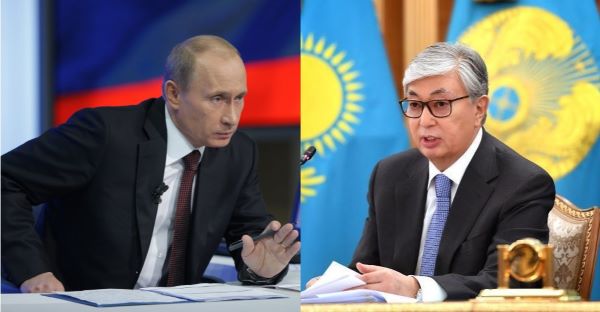 BACKGROUND: Russian President Vladimir Putin, who has now ruled an independent Russian Federation for 22 years, has never hidden his feelings about the December 1991 implosion of the USSR. Foreshadowing the USSR’s evaporation later that month, December 8, 1991, marked the 30th anniversary of the signing of the Belovezha Accords, which effectively dissolved the Soviet Union, replacing it with the Commonwealth of Independent States (CIS) 18 days later. Putin first described the collapse of the Soviet Union as “the greatest geopolitical catastrophe” of the 20th century in his state-of-the-nation address on April 25, 2005. It is a theme he has repeatedly referred to, to the delight of Russian nationalists while discomfiting many citizens of the 14 post-Soviet sovereign nations, none more so than the Kazakhs.

The rising contentiousness of Russian as Kazakhstan’s second official language was highlighted by Russian Prime Minister Mikhail Mishustin, who on August 18, 2021, at the beginning of his visit to Kazakhstan focused on the current status of Russian in his initial discussions with his Kazakh counterpart Askar Mamin, remarking, “I would also like to thank you and the entire leadership of Kazakhstan for taking care of the Russian language. The Russian language has an official status in Kazakhstan. It is a key instrument of interstate and interethnic relations. It helps to strengthen multifaceted ties between our peoples.” Mishustin’s visit followed weeks of growing criticism of Kazakhstan in Russian media outlets, not least concerning the country’s planned transition to the Latin alphabet.

IMPLICATIONS: Political unrest over foreign intentions toward Kazakh sovereignty are not new; in 2016 wide scale demonstrations forced the government’s land reform commission to suspend work on proposals allowing the long-term lease and sale of land to foreign entities. A five-year moratorium was subsequently imposed. When it expired in February 2021, the government soon imposed a permanent ban on the sale or lease of land to foreigners.

Russia and Kazakhstan have elements of shared destiny beyond their incorporation into the USSR for 74 years. Kazakhstan, the world’s largest landlocked country, shares with the Russian Federation a 4,750 mile-long border, Kazakhstan’s most extensive and the world’s second-longest. It is notable that it was only in 2005 that the Presidents of both countries came together to recognize the first official map of their shared boundary. The last Soviet census conducted 1989, two years before the Union’s implosion, listed Kazakhstan’s ethnic Russian population as 37.8 percent of the republic’s populace. In the country’s latest census in 2009, the share of ethnic Russians in Kazakhstan’s 18 million population had dropped to roughly 23 percent Russian compared to 63 percent ethnic Kazakhs.

Yet the historical presence of such a substantial Russian minority has undoubtedly contributed to the government’s sensitivity towards Russia on certain Soviet-era political issues, most notably the recent emergence in Kazakh media and academia of the 1932-33 famine known in Kazakh as “Asharshylyk,” which resulted from the deliberate agricultural collectivist policies of Joseph Stalin’s government. While figures are imprecise, recent historical research estimates that roughly a third of the indigenous Kazakh population died and another 15 percent fled the country. While the Ukrainian government has used its own collectivist famine tragedy, the Holodomor, as a political rallying topic, the Kazakh government is far more circumspect. On February 16, Kazakh Senate Speaker Maulen Ashimbaev told a meeting at the National Academic Library of Kazakhstan that the 1930s famine in Kazakhstan should not become “politicized,” stating that “the Asharshylyk is a tragedy suffered not only by the Kazakh people; it was a terrible humanitarian disaster for all the former Soviet countries. For this reason, we should approach the subject first of all from an academic point of view, without attaching political complexion to the issue … probably; the famine cannot be described as a crime against specific nation. First of all, it was the gravest consequence of the policy that was conducted by the authorities of the time.”

As the Kazakh government grapples with issues arising from growing nationalism, evidently they will be coping with the complexities with little foreign assistance beyond rhetoric, at least from the U.S. While significant foreign policy divergences are emerging between the previous U.S. Trump administration and its successor under President Biden, one commonality seems to be a lower-priority approach beyond the Russian Federation to post-Soviet states. An example of this continuity is the joint relative indifference over intervening in the Nagorno-Karabakh dispute, despite the U.S. having a significant Armenian diaspora. The approach is indicative of Washington’s inclination towards allowing post-Soviet countries to carry out de-Sovietization and decolonization themselves, with limited and relatively benign input from the U.S.

Not surprisingly, a number of Russian analysts see the hidden hand of Western special services covertly nurturing nationalist forces since 1991 in post-Soviet nations via Western NGOs to forestall and weaken Eurasian integration from the Baltics, Belarus and Ukraine to Central Asia, a process intensified since Russia’s 2014 absorption of the Crimea.

An ongoing seemingly intractable problem in the post-Soviet space three decades after the collapse of the USSR are linguistic policies strengthening national languages even as Russian remains as a de facto lingua franca, especially among the older generation. The problem is most acute in Kazakhstan, whose Russian ethnic minority at 18.9 percent is the most significant among post-Soviet Central Asian states, followed by Kyrgyzstan (5.6 percent ethnic Russians, Turkmenistan (3.2 percent), Uzbekistan (2.1 percent) and Tajikistan, with a mere 0.4 percent. As the median age for a Kazakh is roughly 29-30, roughly half the nation’s population has no memory of the Soviet era, when knowledge of Russian was an essential component of everyday life.

Shorn of the ideological trappings, the current friction in Russian-Kazakh relations represents the diminution during the past three decades of Russia’s unique political influence in Kazakhstan acquired over two centuries, which is now being impacted by the new interlopers, China and the U.S., a situation viewed by the Russian government as an economic, political and military threat to its formerly paramount influence. While geography, culture and economic issues undergird the Russian-Kazakh relationship, the younger generation is both less wedded to these considerations and more interested in exploring possibilities through interlinking with China and the U.S. This generational friction is a significant element in the rising political static between Kazakhstan and Russia, which the senior leadership of both countries is interested in containing, as witnessed not only by Mishustin’s remark, but by Russian Foreign Minister Sergei Lavrov’s working visit to Nur-Sultan for the 6th meeting of the foreign affairs agency heads of nations participating in the Conference on Interaction and Confidence Building Measures in Asia, a subtle compliment to Kazakh diplomatic initiative, as CICA was established in 1992 on the initiative of Kazakhstan, then in its first year of post-Soviet independence.

CONCLUSIONS: For those with a sense of irony, Kazakhstan in December 1991 was the last of what would become the 15 constituent post-Soviet republics to declare independence from the USSR. Russia’s 2014 disputes with Ukraine and its subsequent unilateral political reintegration of the Crimea into the Russian Federation unsettled the political leadership of the other 14 post-Soviet republics, particularly those sharing frontiers with the Russian Federation. For two countries with such a long and intertwined history, nationalist divergences based on ethnicity are inevitable. What concerns the Kazakh government is that the recent Russian irredentist claims about Kazakh territorial sovereignty should receive such media prominence, much less the lack of an official repudiation from the Russian government. This is hardly the recipe for deepening relations, at least in the short term. While seasoned politicians of both nations have for the moment avoided nationalist sparks igniting greater unrest, the future is increasingly opaque, leaving ethnic Russian Kazakhs as unsettled as Kazakhs are heartened.

More in this category: « EU support to civil society in Central Asia: time for a radical change Tilting at windmills: Washington's quest for bases in Central Asia »
back to top