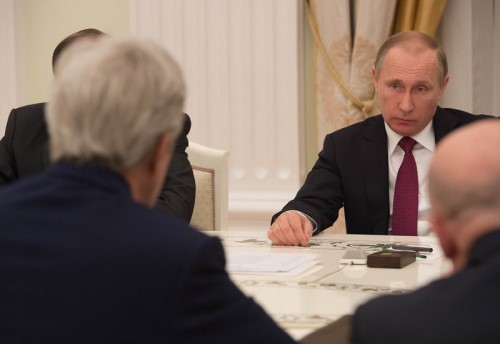 BACKGROUND: In his October 22 speech at the annual Valdai Conference, President Vladimir Putin emphasized Russia’s critical economic, military, and social ties with the former Soviet republics. For two decades, Putin has made retaining influence in Eurasia one of his highest priorities. Among other former Soviet republics, Armenia, Belarus, and Kyrgyzstan host some of Russia’s most important foreign military bases. Russia also benefits from accessing these countries’ economic resources. Another Kremlin goal is to avert social revolutions, mass protests, and other potential transnational challenges that could undermine Russia’s current political system. Russian officials apply a combination of personal, bilateral, and multilateral mechanisms to cultivate ties with multiple economic, political, and security factions. Russian information campaigns emphasize, and at times exaggerate, external threats to these countries, offering Moscow as a critical security backstop. Russia also constrains local governments from aligning with other extra-regional partners, especially Western countries. A favorite tool is to sustain conflicts among and within the former Soviet republics, encouraging the parties to compete for Russian support against their rivals.

The recent crises in Belarus, Kyrgyzstan, and Nagorno-Karabakh (involving Collective Security Treaty Organization, CSTO ally Armenia) have affected some of Moscow’s most important post-Soviet Eurasian economic and military partners. Yet, the Russian government’s response has proven unexpectedly low-key and disjointed. In Belarus, Moscow has tried to keep Alexander Lukashenko in power rather than mediate a compromise with his opposition while exploiting Lukashenko’s beleaguered position to press for acceptance of more integration measures and other Russian goals. By contrast, Moscow has tried to referee the Nagorno-Karabakh dispute and finally managed to broker a truce on November 9, though only after its favorite tactic of manipulating the tensions between Baku and Yerevan short of conflict failed. In Kyrgyzstan, besides many leadership phone calls and sending some Kremlin aides to keep abreast of the situation, Moscow has largely stood aside despite the mass protests and violence, presuming whichever leaders emerge have no alternative but to pay obeisance given the country’s economic and security dependencies.

IMPLICATIONS: So, what explains Russia’s weak and disjointed response to these crises? Despite its many assets, Moscow exerts substantially less control over Eurasia than did the Soviet Union. Although Russia still enjoys military supremacy in the former Soviet space, Moscow’s ideological, economic, and political capacity has substantially decreased over time. The West and China have often provided these countries with viable alternative partners.

Furthermore, Russian policymakers appear to have been caught off guard by each of these post-Soviet Eurasian crises. The COVID-19 crisis, political protests in Khabarovsk and elsewhere, and changing the constitution to preserve the Putin presidency indefinitely has focused the political leadership inward. Putin is known to have isolated himself in a protective bubble in which he communicates with all but his closest aides through video conferences. This has likely limited the flow of information to the top, including any warnings about the impending predicaments.

In addition, Russian policymakers overestimated their ability to control local leaders, especially in the South Caucasus. Moscow’s strategy of manipulating local elites does not work in the case of mass protests. Furthermore, Moscow has been so fixated on reducing U.S. influence in Eurasia that it has allowed other regional powers to eat away at its regional primacy (the EU in the west, Turkey in the southwest, and China in the Southeast).

In Belarus, Russian policymakers appear to have underestimated the resilience of the popular opposition. The continuing protests and strikes, while weakening Lukashenko’s capacity to resist Russian pressures, will increase the demands on Russia for further economic assistance and decrease the value of Belarus as Moscow’s diplomatic and military ally. Aiding Lukashenko further risks alienating the Belarussian nation, especially the young people, who are already looking increasingly towards Europe rather than Russia.

In the South Caucasus, Moscow has seemed more interested in preserving a balance of power between Armenia and Azerbaijan than in resolving the conflict. While an enduring peace may not be in Russia’s interests, sustaining control certainly is. Although Armenia is a formal CSTO ally, Moscow has brandished the Azerbaijani threat in order to discipline Armenia’s new leadership. Not only did the new Armenian government come to power through the kind of popular revolution Moscow generally opposes – some of these leaders also had stronger Western ties than their predecessors. Furthermore, Armenian negotiators resisted Moscow’s subsequent advice to compromise and return some of the territory around Nagorno-Karabakh occupied by Armenian forces as a “buffer zone” to Azerbaijan. Russian policymakers are mindful that they have already lost Georgia and do not want to alienate Azerbaijan, the largest economy in the South Caucasus possessing vital conduits to Iran, and one of Moscow’s most prominent Muslim-majority partners. Yet, in Nagorno-Karabakh, Moscow proved unable to arrange even a lasting humanitarian ceasefire until November 9.

The ceasefire terms do yield Moscow immediate benefits. Russia has managed to deploy troops in Azerbaijan for at least five years while keeping Armenia dependent on the Russian military for protection and excluding any Western role in the ceasefire arrangement. It remains unclear whether Russian leaders were improvising or had cleverly waited for the opportune moment to secure a settlement. Whatever the case, Moscow still had to accept the concurrent stationing of Turkish military personnel on Azerbaijani soil. The terms also deepen Baku’s dependence on Ankara as its main military ally and risk alienating Armenians who expected Moscow to render them more support. Russian policy underestimated the importance of the Turkish factor in helping Baku escape from the box that Russian policies had strived to build around Azerbaijan and Armenia. Turkey’s unexpectedly strong stance on behalf of Azerbaijan has undermined Russia’s leverage in Baku. Moscow has been reluctant to confront Ankara over the issue due to Russia’s interest in seeking collaboration with Turkey in the regional conflicts in Syria and Libya, with arms sales and other military-economic projects, and in support of Moscow’s strategy to exploit Turkish-Western fissures. However, Moscow is unprepared to relinquish primacy in the South Caucasus to Ankara.

There is no evidence that Kyrgyzstan’s perennial sources of instability – elite factionalism, regional tensions, corrupt parties – have abated. Moscow’s hands-off approach also risks driving some Kyrgyz elites into seeking an alternative great power patron. For now, the most likely candidate is China, whose economic presence in Kyrgyzstan already exceeds that of Russia. Beijing has deliberately eschewed a major military role in Eurasia, preferring that Moscow bear the burden of maintaining regional stability and security. Yet PRC policymakers may conclude from Moscow’s recent behavior that Russia lacks the will and capacity to protect China’s vital interests there, requiring Beijing to assume a more activist stance.

CONCLUSIONS: Moscow has traditionally exploited unresolved territorial conflicts within and among the former Soviet republics for leverage with the warring factions, who compete for Russia’s support. However, this strategy has not proved effective in the current Nagorno-Karabakh conflict due to the unprecedented backing that the Turkish government has rendered Azerbaijan. Enjoying Ankara’s full support has allowed Baku to circumvent Moscow’s pressure. Instead of gaining leverage over Turkish policy by selling Ankara advanced weapons and other stratagems, Turkey is leveraging Moscow’s aspirations for building better ties to Ankara’s regional advantage. China might follow a similar strategy in the future.

AUTHOR'S BIO: Dr. Richard Weitz is a Senior Fellow and Director of the Center for Political-Military Analysis at the Hudson Institute.

More in this category: « Can the Improved Pakistan-Afghanistan Relationship Save the Afghan Peace Process? The New China-Kyrgyzstan-Uzbekistan Corridor »
back to top