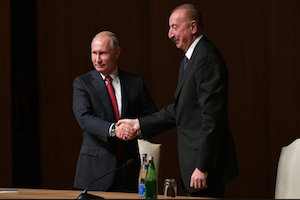 More in this category: « Discontent with Kadyrov Leads to Increased Violence in Chechnya Building the Great Financial Silk Road: Hub by Hub »
back to top