At the beginning of 2015, Russia’s state-owned oil producer Rosneft entered Georgia’s oil retail market by purchasing a 49 percent stake of Petrocas Energy Ltd. Petrocas’ affluent assets include an oil terminal in Georgia’s Black Sea port of Poti with a capacity of 1.9 million tons per year as well as a network of 140 gas stations in Georgia under the Gulf brand.

By launching a joint venture with Pertocas, Rosneft will gain high-quality storage capacity in one of the major oil and oil products hubs in the region, enrich supply routes options and enhance its operations in the Central Asia and South Caucasus oil market. “[It] is a new milestone that will highlight the strategic importance of the South Caucasian energy corridor,” the main shareholder of Petrocas, Russian businessman David Iakobashvili said.

The opposition United National Movement (UNM) party insisted that Rosneft plans to acquire a controlling interest in Petrocas and called on the government to revoke a deal damaging to state interests. The government responded that it was during UNM’s term in power that Russian investments penetrated strategic areas of Georgia’s economy such as finances, electricity, chemicals, ore industry, food and dairy products. For example, at that time, the Russian state-owned electricity trader, Inter RAO, obtained 75 percent of Tbilisi’s electricity distribution company Telasi, thermal power generating plants, as well as the management right of two hydro power plants; Khrami I and Khrami II. The government also lamented that it has no right to influence private business, especially the decisions of Petrocas, which is registered in Cyprus and manages its operations from there.

UNM counter-argued that Rosneft operations in Abkhazia breach the Law on Occupied Territories and that the government is obliged to cancel the agreement granting the Russian company “the most important communications on the country’s Black Sea shore.”

Indeed, in 2009 Rosneft started offshore explorations and development of oil and gas fields in Abkhazia under an agreement signed between the company and Abkhazia’s de facto government. Against this background, three of Georgia’s government agencies began to study the legitimacy of the Rosneft-Petrocas deal. The results are yet unknown.

The recent deal reflects Russia’s strategy to strengthen its infrastructure capabilities in the South Caucasus to ensure an uninterrupted delivery of oil as well as other products to Armenia, which recently became a member of Eurasian Economic Union (EEU) but lacks land access to other EEU members in the absence of common borders. The reconstruction of the railway through Abkhazia and the planned Avro-Kakheti highway from Dagestan to eastern Georgia and then to Armenia, can be understood in this light.

While improving Armenia’s situation is Moscow’s key rationale, the Kremlin is also interested in consolidating its position in the Georgian market. UNM asserts that the Rosneft-Petrocas deal is only the beginning of “a big process” and unless countervailing measures are taken, “Moscow will have no obstacles at all.”

On January 17, Iase Zautashvili, the General Director of Airzena, Georgia’s national airlines, disclosed correspondence between Georgian and Russian state agencies regarding the prospect of restoring flights between the two countries. These clandestine negotiations aim to grant Russian companies a monopolistic position in Georgian airspace, Zautashvili said.

Referring to other covert correspondence taking place between the Russian and Georgian sides via the Swiss Embassy, UNM claims that 11 Russian companies, including Vladimir Putin’s Private Company, will enter Georgia’s airspace by dumping prices and eliminating the competition, including the national airlines, in order to obtain a monopolistic position in the Georgian market. The UNM also claims that some of these companies fall under the international sanctions against Russia while others have violated the Law on Occupied Territories.

The Enguri hydropower plant with a total capacity of 1,300 megawatts could become another target of Russian strategic interest. Russia allegedly intends to register Georgia’s most powerful hydroelectric station in the region in Abkhazia. Although Georgia’s Ministry of Energy categorically denies that the plant’s ownership is under discussion, Aslan Basaria, Director of Abkhazia’s power company Chernomorenergo, claims that negotiations have already been launched with participation of the Georgian side. “The plant is located on Georgian territory and belongs to the Georgian state. The Chernomorenergo Director General’s statement is far from reality,” the Ministry of Energy says. Despite the denial, Sokhumi in fact raised the question of the Enguri hydropower plant’s ownership a month ago when Abkhazia’s de facto leader Raul Khajimba said “what is located on our territory should be owned by the Abkhaz people.”

In fact, the Enguri generators are located on the territory of occupied Abkhazia while its arch dam is in the Georgian-controlled area. According to the informal agreement reached between Tbilisi and Sokhumi in the 1990s, Abkhazia gets 40 percent of the electricity generated by the plant free of charge while the rest goes to Georgia. The fact that the agreement terms are rather favorable to the Abkhaz side suggests that the questions raised over the plant’s ownership comes from Moscow, rather than Sukhumi.

Taken together, signs are emerging of several steps taken by Russia to make inroads into vitally important sectors of Georgia’s economy.

The Geopolitics of Tajikistan's Water 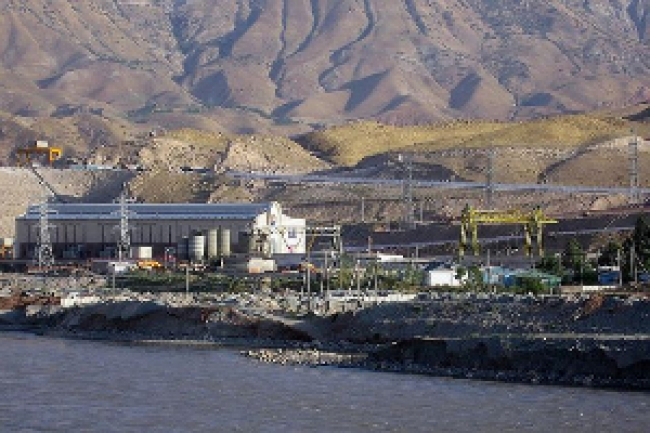 At a seminar in Dushanbe on November 11, Uzbekistan’s Environmental Protection State Committee specialist Muhammadzhon Hojayev proposed collaborating with Tajikistan and Kyrgyzstan to conduct aerial survey studies of glacier melt in the Tien Shan and Pamir mountain ranges to assess the problem, as the last aerial surveys were done 14 years ago. The problem is accelerating; UN Regional Center for Preventive Diplomacy for Central Asia Deputy Head Fedor Klimchuk told seminar participants, “The main reason of glaciers melting is climate warming and man-induced factors. Glaciologists say glaciers may disappear by the end of this century.” 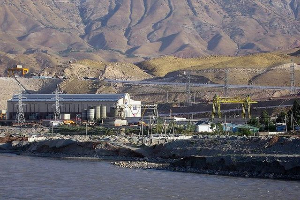 Turkmen and Chinese energy officials, in the presence of Turkmenistan's and China's Presidents Gurbanguly Berdimuhamedov and Xi Jinping, signed a number of new agreements and contracts on September 3-4 on the development of Turkmenistan's  giant Galkynysh (Renaissance) gas field and to increase the supply of Turkmen gas to China to 65 billion cubic meters (bcm) per year by 2020. A total of thirteen bilateral documents including the energy sector deals were signed to bring the Turkmen-Chinese cooperation to a new strategic level.

On July 9, the Chairman of Turkmenistan’s State company Turkmengaz and the Chairman of Afghanistan’s Gas Corporation signed a gas sale-purchase agreement (GSPA) on the sidelines of the 17th meeting of the Steering Committee over the construction of the Turkmenistan-Afghanistan-Pakistan-India (TAPI) gas pipeline project in Ashgabat.