Azerbaijan is playing a growing strategic role, as confirmed by the 2013 Azerbaijan-agreement to build the Trans-Anatolian gas Pipeline (TANAP) to the Turkish- Bulgarian border and from there connect to the Trans-Adriatic Pipeline (TAP) that  goes through Greece to the Western Balkans and  eventually to Italy. The TANAP-TAP program is the first and only genuine alternative to the Moscow-backed South Stream pipeline. In combination with the AGRI (Azerbaijan-Georgia-Romania Interconnector), Azerbaijan now has two instruments by which to become seriously engaged in European gas trade, and moreover recently suggested transit of Iraqi gas through these pipelines. 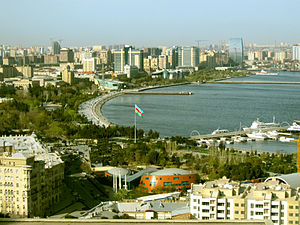 Azerbaijani Journalist Charged with Spying for the U.S.

Azerbaijani investigative reporter Khadija Ismayilova, well-known for her reporting on high-level corruption, is again under prosecution charged with spying for the U.S.. The U.S. Embassy has expressed its “deep disturbance” by “the ongoing, targeted harassment” of Ismayilova and described as “absurd” claims that she was passing along intelligence information to two American officials who met Ismayilova in late January.

Ismayilova works with the Organized Crime and Corruption Reporting Project (OCCRP) and hosts a daily analytical talk-show on Radio Azadliq, an RFE/RL channel in Azerbaijani. According to OCCRP, her award-winning investigations uncovered high-level corruption in Azerbaijan, including lucrative business deals of the Azerbaijani president’s family members, hidden interests of the president’s siblings in national contracts and mismanagement in the state financing sector.

In early 2012, she was targeted by a smear campaign in which an explicit video appeared on the Internet containing intimate and illegally obtained images of the journalist. In 2012 the Zeit Stiftung and Fritt Ord Foundation awarded Ismayilova with the Gerd Bucerius Free Press of Eastern Europe Award, while the Washington-based International Women Media Foundation gave her the Courage of Journalism Award.

The campaign intensified in August 2013 before the October Presidential elections when a new video appeared on the Internet and on February 13, Haqqani.az, a pro-governmental website, accused Ismayilova of passing information discrediting Azerbaijan’s opposition members to two congressional staffers who allegedly gather intelligence in Baku. The article was picked up by other pro-government media and amplified by parliamentarians, who demanded an investigation of Ismayilova and referred to RFE/RL as a "spy network of the U.S. in Azerbaijan."

The situation escalated when Ismayilova posted a scan on her Facebook page that appears to be evidence that the Ministry of National Security (MNS) hires an informer inside opposition circles. “On Feb 16 following the statements by government and pro-government media propaganda that I am involved in espionage, I posted on FB the picture - the scan of a so-called report leaked to me by a former employee of MNS,” Ismayilova said in her Facebook statement under the headline “Prosecutor is calling - Ministry of National Security is in trouble”. According to Ismayilova, the paper was an “alleged report by an MNS employee to his chief about the guaranteed cooperation with one member of a small opposition party.”

Stipulating terms and threatening blackmail, the document suggests an active government effort to infiltrate the political opposition. The paper reads that the informer receives 600 AZN as a monthly fee from the MNS Internal Intelligence Department for informing and creating conflicts within the opposition. Besides, the paper alleged that the MNS has additional means for pressuring the informant in the form of intimate videos.

“If the prosecutor's office opens this case, it means that the document is authentic and that the MNS has been spying on the private lives of opposition members and blackmailing them with the video,” - Ismayilova said in her Facebook statement.

On February 18, Ismayilova was summoned as a witness to the Prosecutor’s Office within an investigation into the leaking of state secrets. The U.S. Embassy dismissed the espionage charges and stated that "congressional staff delegations routinely visit Azerbaijan to meet with embassy staff, Azerbaijani officials, and civil society representatives. They do so to better inform our government’s legislative efforts regarding Azerbaijan and the rest of the region."

Ismayilova confirms that she had a routine meeting with congressional staffers, but nothing more. She noted that the Prosecutor’s Office was focusing "mainly on my dinner in Baku's Art-Garden restaurant with two visiting U.S. Senate staffers in late January. The prosecutor told me that they have information that I allegedly passed some kind of state secrets to the visiting Americans. I said that it is impossible, since I don't have any state secrets in my possession. This is an absurd allegation."

Ismayilova was charged under Article 284 of Azerbaijan’s criminal court for “revealing a state secret”.

This case was officially initiated after a Member of Parliament from the ruling Yeni Azerbaijan party, Jeyhun Osmanli, submitted an audio recording to prosecutors that he claimed to have secretly in a Baku restaurant, when Ismayilova was talking to “foreign nationals.” On his Facebook page, Osmanli declared that “betrayal of the Motherland will not be forgiven.” Eldar Sultanov, a spokesman for the Prosecutor General’s Office, confirmed that  Osmanli provided prosecutors with the audio recording of Ismayilova’s conversation in the restaurant. “This audio recording is under thorough investigation and a relevant decision will be taken,” he said.

On February 22, another RFE/RL journalist, Yafez Hasanov, posted on Facebook that he had received death threats over his critical reporting on human rights violations in Nakhchivan and appealed to the Interior Minister and General Prosecutor provide him with necessary security measures.

In an open letter, U.S. Senator Ben Cardin (MD), Chairman of the Commission on Security and Cooperation in Europe (U.S. Helsinki Commission) called on the Government of Azerbaijan to stop its harassment of all journalists and to respect freedom of the media, a commitment it has undertaken. Cardin noted that this harassment is a part of an “unfortunate string of politically-motivated arrests of Azerbaijani’s who are exercising their rights to free speech.” He termed the list of those jailed on criminal charges in the period prior to the 2013 presidential election, as “troubling.”

The Turkic Council: Will the Turks Finally Unite?

In early June this year, Turkey will host the fourth Summit of the Turkic Council, an intergovernmental organization that brings together Azerbaijan, Kazakhstan, Kyrgyzstan, and Turkey. Presidents Ilham Aliyev, Nursultan Nazarbayev, Almazbek Atambayev, and Abdullah Gül will discuss a wide range of issues related to multilateral cooperation among their countries as well as other matters pertaining to the broader regional context. While the Council has since its establishment in 2009 made meaningful progress on institutionalizing the interaction among the engaged Turkic states, it will take more time and a concerted effort to build a strong, vibrant, and sustainable political alliance. 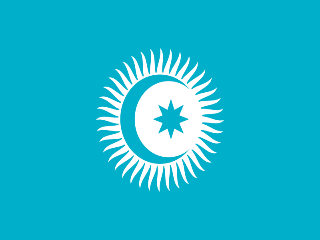