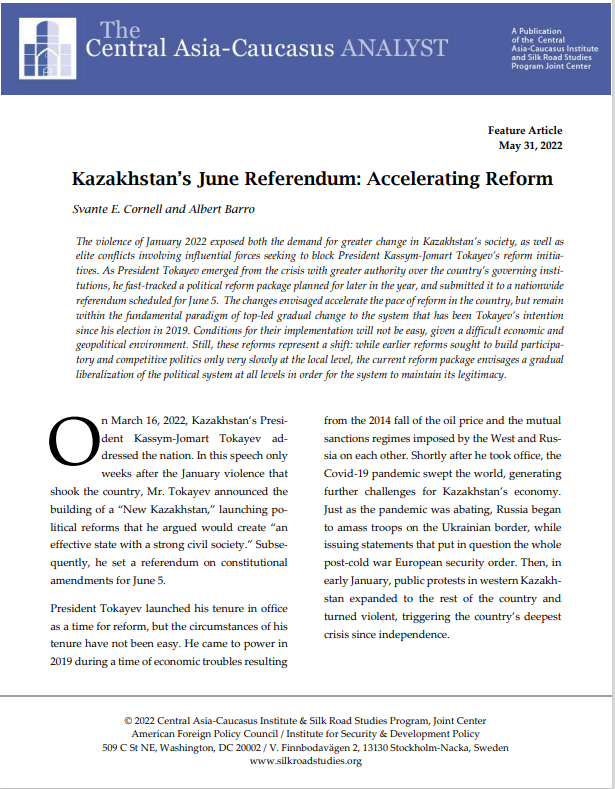 The violence of January 2022 exposed both the demand for greater change in Kazakhstan’s society, as well as elite conflicts involving influential forces seeking to block President Kassym-Jomart Tokayev’s reform initiatives. As President Tokayev emerged from the crisis with greater authority over the country’s governing institutions, he fast-tracked a political reform package planned for later in the year, and submitted it to a nationwide referendum scheduled for June 5. The changes envisaged accelerate the pace of reform in the country, but remain within the fundamental paradigm of top-led gradual change to the system that has been Tokayev’s intention since his election in 2019. Conditions for their implementation will not be easy, given a difficult economic and geopolitical environment. Still, these reforms represent a shift: while earlier reforms sought to build participatory and competitive politics only very slowly at the local level, the current reform package envisages a gradual liberalization of the political system at all levels in order for the system to maintain its legitimacy 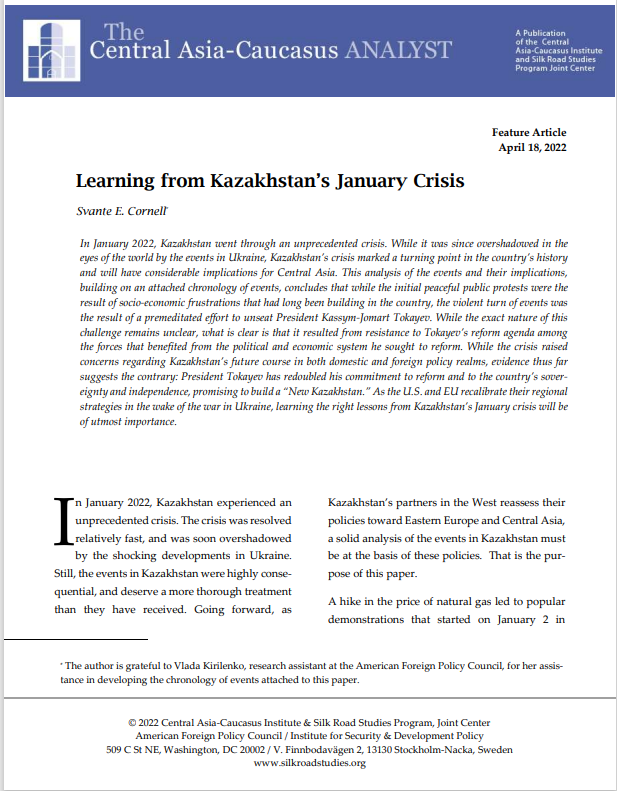 In January 2022, Kazakhstan went through an unprecedented crisis. While it was since overshadowed in the eyes of the world by the events in Ukraine, Kazakhstan’s crisis marked a turning point in the country’s history and will have considerable implications for Central Asia. This analysis of the events and their implications, building on an attached chronology of events, concludes that while the initial peaceful public protests were the result of socio-economic frustrations that had long been building in the country, the violent turn of events was the result of a premeditated effort to unseat President Kassym-Jomart Tokayev. While the exact nature of this challenge remains unclear, what is clear is that it resulted from resistance to Tokayev’s reform agenda among the forces that benefited from the political and economic system he sought to reform. While the crisis raised concerns regarding Kazakhstan’s future course in both domestic and foreign policy realms, evidence thus far suggests the contrary: President Tokayev has redoubled his commitment to reform and to the country’s sovereignty and independence, promising to build a “New Kazakhstan.” As the U.S. and EU recalibrate their regional strategies in the wake of the war in Ukraine, learning the right lessons from Kazakhstan’s January crisis will be of utmost importance. 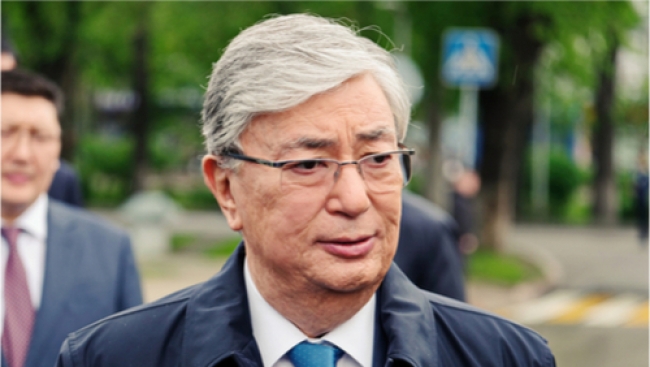 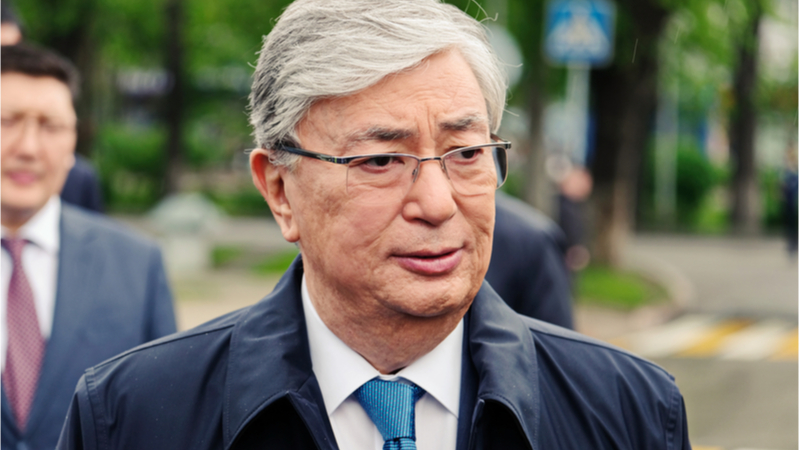 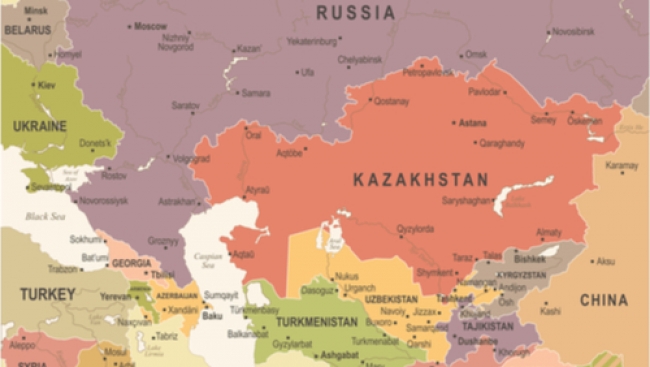 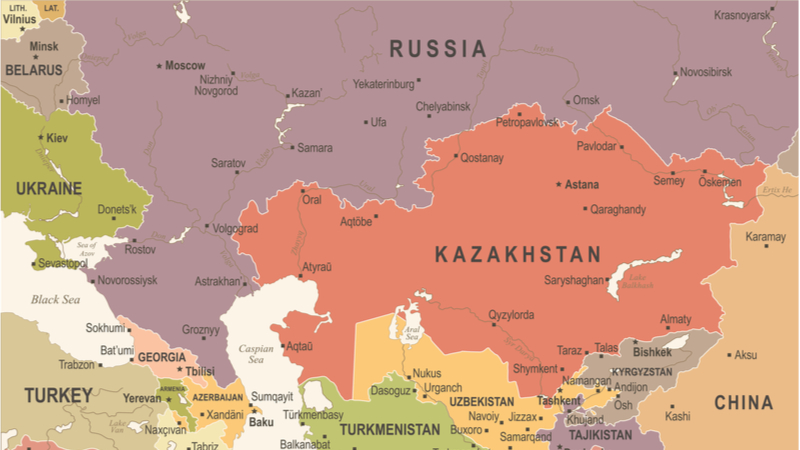 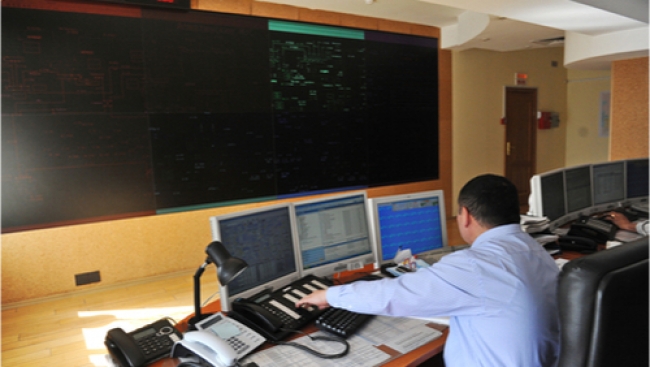 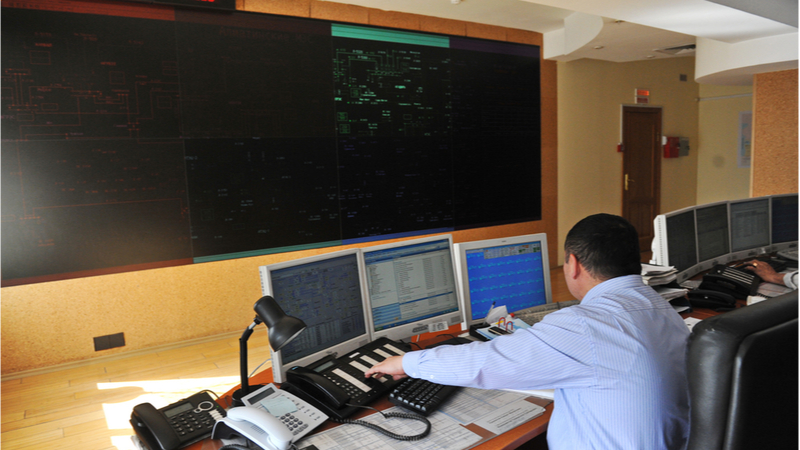