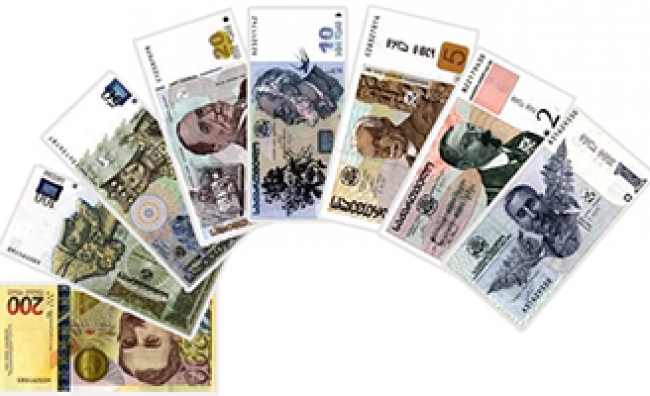 Since November 2014, Georgia’s national currency, the lari (GEL), has devalued an estimated 28 percent against the dollar, measuring at 2.23 to 1 dollar as of April 10, 2015. This currency crisis has severely impacted local Georgian consumers and the operating capacity of Georgian businesses while undermining foreign investor confidence. The current crisis was externally catalyzed by falling oil prices, the Russian ruble’s harsh inflation and regional political and economic destabilization due to the Ukrainian conflict. Domestically, the economic crisis has been exacerbated by the Georgian government’s ambiguous, often ad hoc, economic strategy. Amidst the failing economy and falling domestic confidence, the Georgian political landscape remains deeply fractured and no party has demonstrated political willingness to create a multi-partisan solution to the economic crisis. 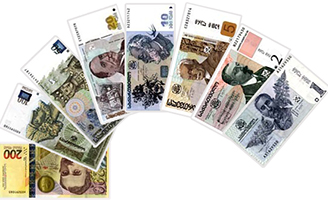 The struggle for power between the Georgian Dream (GD) ruling coalition and opposition parties, as well as within GD itself, is gradually gaining impetus at all levels of governance against the background of a slowing economy and corruption cases.

At the end of 2014, the coalition underwent serious changes affecting senior and mid-level government officials, as well as the cadre of the party’s leadership. The alterations were allegedly due to Georgia’s “Grey Cardinal” Bidzina Ivanishvili’s loss of confidence in his protégé PM Irakli Gharibashvili, and an ensuing attempt to replace the PM’s trustees with those of Ivanishvili at tactically important positions, including the GD’s Executive Secretary, the Minister of Internal Affairs, the heads of the Special State Protection and State Security Services, and the Deputy Minister of Regional Development and Infrastructure. The latter post was taken by the billionaires’ close associate and former head of his Cartu Bank, Nodar Javakhishvili.

Javakhishvili recently confronted his boss, Minister David Shavliashvili, over the failure to deal with disorders in road tenders and financial fraud schemes. While opposition parties have frequently pointed out the corruptive involvement of Gharibashvili’s cronies in state tenders, the indictment aired by the deputy minister cast the case in a different light and could be perceived as another attack on the PM.

This trend is coupled with GD’s loss of majority in a regional legislative body – the Supreme Council (SC) of Adjara Autonomous Republic. Since the October 2012 parliamentary elections, GD has held 13 seats versus the opposition United National Movement’s (UNM) 8 in the 21-member SC. In November 2014, the GD lost two seats in the SC after the Free Democrats’ (FD) departure from the coalition, leaving GD with 11 seats – still sufficient to override the oppositions’ votes. However, in February, the chairperson of the SC’s human rights committee, Medea Vasadze, quit and deprived the coalition of a clear majority.

Moreover, on February 20, two GD members supported the UNM’s initiative to sack the SC’s vice speaker Davit Batsikadze and the chairperson of its financial and economic committee Alexandre Chitishvili, both GD members.

The proponents of the initiative accused the officials of failure to carry out their duties. In turn, GD accused UNM of “revanchism” and termed the support from its own members for the proposal a “traitorous action.” PM Gharibashvili said the two SC members had been covertly cooperating with UNM and the move would be rebounded “very strictly.”

While GD has failed to keep a steady majority in Adjara, it has locally become involved in scandalous corruption cases. In February, the head of Tbilisi City Hall’s supervision service, Jokia Bodokia, was detained on bribery charges. According to the Prosecutor’s Office, Bodokia received a US$ 50,000 bribe from a construction company in exchange for a hotel construction permit in Tbilisi. The opposition asserted that vice Mayor Alexander Margishvili and even Tbilisi Mayor Davit Narmania were involved in the deal.

Prosecutors claimed that an employee of the mayoral office, Mikheil Kviria, also accepted a US$ 10,000 bribe from Indian and Iraqi citizens in return for a land purchase permit near Tbilisi. Meanwhile, Margishvili resigned without any explanation, and in March, the administrative head of the mayoral office, Reno Chakhava, and his deputy Mariam Shelegia also quit their posts.

Narmania abruptly announced the establishment of the Tbilisi Entrepreneurship Support Center (ESC) and appointed Margishvili head of the agency, which will be tasked with fostering investor activities and developing entrepreneurial skills.

Transparency International Georgia (TIG) slammed the initiative, arguing that a number of other structures with the same tasks and functions are already operating across the country. Also, the two million GEL envisaged for the agency’s budget exceeds the funding for the Business Ombudsman’s office by a factor of four and is at odds with the “tighten belts” policy announced by the government. According to TIG, Margishvili’s appointment raises doubts as his reasons for resigning from the post of vice-mayor remain unclear.

These episodes add to the coalition’s trouble in strengthening its political power attain credibility for its policies. One of the most apparent reasons is Ivanishvili’s rule behind the scenes, coupled with his changing attitudes towards previously favored persons. Ivanishvili’s criticism against President Giorgi Margvelashvili, PM Gharibashvili, and Mayor Narmania, indicates that he is no longer satisfied with their performance. His endeavor to introduce new trustees in the government ramps up the competition for influence, thus enlarging rifts within the coalition and creating space for inefficiency and corruption. GD’s retreat in a major regional legislative body and the murky business in Tbilisi City Hall might reflect GD’s incapacity to coordinate its heterogeneous coalition to cope with Georgia’s political and economic situation.

Finally, GD’s partition gives the opposition forces a new window of opportunity, which the UNM has already started to exploit. At the March 21 demonstration, the party’s leaders declared permanent protest rallies in order to achieve the government’s resignation and possibly even early parliamentary elections. Although the party does not enjoy much popular support, it seems determined to fight for regaining public trust.