What does Russia's Annexation of Crimea Mean for Georgia's Efforts to Join NATO? 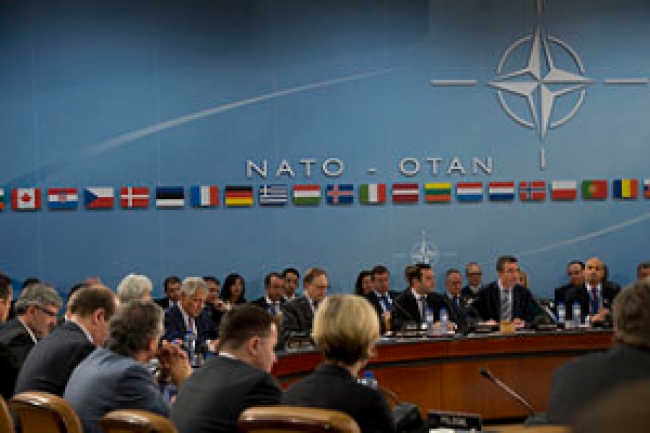 On March 19, Georgia's President Giorgi Margvelashvili said that Russia's annexation of Crimea represents “a problem for global security,” adding that the international community, including Georgia, should have done more to prevent the recurrence of such developments six years after the August 2008 Russo-Georgian conflict. Despite’s Georgia’s persistent efforts to join NATO, its sought after NATO Membership Action Plan has effectively become a casualty of worsening U.S.-Russian relations over Ukraine and Crimea. 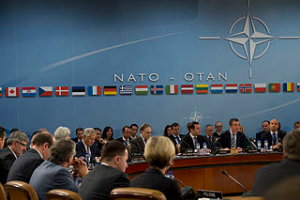 Georgia's Former President Refuses to be Interrogated by Prosecutor's Office

On March 22, Georgia’s prosecutor’s office announced its intention to summon Georgia’s former President Mikheil Saakashvili for questioning as a witness in multiple criminal cases. Saakashvili should have appeared before prosecutors on March 27 but he refused to comply with the agency’s demand and even declined its later offer to question him via Skype.

Cases where the former president is wanted for questioning include, among others, the death in 2005 of former Prime Minister Zurab Zhvania; the halved prison terms through presidential pardon in November, 2008, of four convicts sentenced for the 2006 Sandro Girgvliani murder; the previous government’s attempts to put Cartu Bank, founded by former Prime Minister Bidzina Ivanishvili, in bankruptcy in late 2011 and early 2012; the police raid on Tbilisi-based Imedi TV station in November, 2007; and the alleged misspending of GEL 8.83 million from the Special State Protection Service (SSPS) funds between 2009 and 2012.

On March 17, in an interview aired at Imedi TV, Ivanishvili said that he has been disappointed by President Giorgi Margvelashvili and no longer maintains “informal relations” with him. “[Margvelashvili] has shown principally different features and character after the [presidential] election,” he said and disclosed various differences between them. Margvelashvili’s decision to start using the glass-dome presidential palace constructed during Saakashvili’s presidency was one of the reasons for the rift between the old friends. According to Ivanishvili, Margvelashvili had previously insisted that the palace is a symbol of “violence, evil and indecency,” but then changed his mind and started holding official meetings there.

The former PM’s statements gave rise to speculations about a possible split within the Georgian Dream (GD) coalition. On the next day, however, public attention was instead directed to a YouTube video titled “Saakashvili killed Mr. Zurab Zhvania.” The footage uploaded by an anonymous user allegedly depicts a number of injuries on the bodies of Zhvania and Raul Usupov, a person who died together with the ex-PM (see the October 10, 2013 issue of the CACI Analyst).

The opposition United National Movement (UNM) claims that the video was published by the government itself to curtail its own incapacity and signs of internal divisions. It argues that the law enforcers already has all the materials necessary to conclude the investigation but it is lucrative for GD to raise new questions from time to time. To end long-lasting speculations over the case, the government should publish all materials regarding Zhvania’s death, UNM insists.

Zhvania’s return to the spotlight was shortly replaced by the news that Saakashvili was summoned for interrogation. The international reaction was quick. The U.S. Department of State stated, “no one is above the law, but launching multiple simultaneous investigations involving a former president raises legitimate concerns about political retribution, particularly when legal and judicial institutions are still fragile.” Štefan Füle, EU Commissioner for Enlargement and the European Neighborhood, also expressed concern over Saakashvili’s subpoena. “No one is above law but European practice [and] standards must be followed scrupulously,” he wrote.

Several civil society groups - International Society for Fair Elections and Democracy (ISFED); Transparency International Georgia; and Georgian Democracy Initiative and Civil Development Agency (CIDA) – issued a joint statement saying that some circumstances related to the summoning of Saakashvili may damage the investigation’s objectivity and pleaded to the authorities not to trigger suspicions that the process is politically motivated.

In an interview with Rustavi 2 TV, Saakashvili termed his summoning by the Prosecutor’s office part of an “Ivanishvili-Putin game” and unveiled details regarding his departure from Georgia.

“According to senior U.S. and EU officials, there was a direct order from Putin to arrest me”, Saakashvili said. During a visit to Brussels in November 2013, Saakashvili said he was told by the President of the European Commission, José Manuel Barroso, that his arrest would undermine Georgia’s Euro-Atlantic integration and that he should leave the country in order to save Georgia’s Western path. While he considers his recent vocal support for Ukraine to imply a risk of moves against him by the Kremlin, he’s not going to make “Putin’s dreams come true,” Saakashvili said.

When Saakashvili did not appear before the prosecutor’s office on March 27, the agency announced that it would offer the ex-president to answer questions via Skype with no need to travel to Tbilisi.

After speaking with Saakashvili over the phone, his ally in the UNM and former mayor of Tbilisi, Gigi Ugulava, said the former president is ready to testify as a witness via video link only before the court but not before the prosecutors alone. Such an interrogation will take place if any of the cases that the prosecutor’s office is investigating goes to trial, Ugulava said.

It is becoming clear that the U.S. government’s recent advice for the Georgian government “to leave the past in the past,” has not been observed (see the 03/05/2014 issue of the CACI Analyst). However, more alarmingly, the ongoing tensions may pose an obstacle to concluding Georgia’s Association Agreement with the EU.

On March 7, the Georgian parliament adopted amendments to the election code defining the rules for local elections, scheduled for June 15. Mayors of twelve cities, heads (gamgebeli) of all municipalities and members of municipal councils (sakrebulos) will be elected. The package of bills aims to harmonize the electoral system with a new local self-governance law foreseeing direct election of mayors and gamgebelis across the country.

Innovatively, it introduces a minimal threshold for electing mayors and gamgebelis at 50 percent. Only Tbilisi’s mayor has previously been directly elected and the threshold in the capital was set at 30 percent, implying that a candidate gathering a plurality of votes, but not less than 30 percent, would have been declared an outright winner. The minimal threshold for electing mayors and gamgebelis was the most contested issue ahead of the bill’s approval.

Initially, the Georgian Dream (GD) ruling coalition advocated a threshold at 40 and 33 percent for Tbilisi's and the other eleven cities’ mayoral candidates respectively, and 33 percent for gamgebelis. Although the non-parliamentary opposition parties and most non-governmental organizations resisted the proposal demanding to set a higher threshold, the GD claimed that this would increase the likelihood of a second round, causing additional costs for taxpayers. The GD proposal had already been included in the draft amendments, when Prime Minister Irakli Garibashvili announced the coalition’s consent to a 50 percent threshold for electing both mayors and gamgebelis on February 17.

In parallel with increasing the threshold for the heads of cities and municipalities, the amendment has lowered the threshold for the city/municipal council’s party list candidates, meaning that the party garnering at least 4 percent (instead of 5 percent) will be able to secure council (sakrebulo) mandates.

Additionally, sakrebulo seats allocated for the party list contest have been raised from 10 to 15 while the number of majoritarian seats vary according to the amount of constituencies in municipalities. It is believed that the shift will ease the penetration of small parties into sakrebulos, which should ideally strengthen democratic processes at local level.

Despite the fact that after the 2010 local elections, the OSCE/ODIHR international election observation mission recommended Georgia to permit independent candidates to compete in local elections, the new amendments do not allow them to run for the mayor or gamgebeli posts. Only candidates nominated by either political parties or election blocs will be able to compete for these positions. Independent candidates nominated by so called "community initiative groups" could run only for majoritarian seats in sakrebulos. In addition, according to the amendments, a person contesting for mayor or gamgebeli posts cannot simultaneously compete for a sakrebulo mandate.

The parliamentary as well as non-parliamentary opposition parties lamented that given the scarcity of cadres locally, the rules will prevent them from nominating candidates in many constituencies.

Another set of changes refers to increased funding for parties. Election blocs or parties garnering at least 3 percent of the votes in local elections will get GEL 500,000 (US$ 289,000) from the state budget to cover campaign expenses. The bill also envisages higher funding for party representatives in election administrations.

To avoid duplications, the newly adopted amendments involves digitalization of voters’ photos, meaning that the election commission officials at each precinct will be able to verify the identity of a voter through digital photos attached to the voter list in their data base. In case of mismatch, various procedures including the submission of information to the police will be enforced.

The United National Movement (UNM) prepared an alternative draft intended to oppose the regulations set by the new amendments, enabling independent candidates to run for mayor as well as gamgebeli posts. According to the bill, a person running for mayor could concurrently compete for a sakrebulo seat as well. Nevertheless, the UNM initiative was watered down by the GD parliamentary majority on March 7.

So far, only two major political forces, the ruling GD coalition and UNM, have nominated their mayoral candidates.

Before the presidential election in October, then Prime Minister Bidzina Ivanishvili said that he already had “in mind” who might run for Tbilisi mayor. At the coalition leaders’ meeting in November, GD nominated the minister for infrastructure and regional development, Davit Narmania for the post. Narmania, 34, insisted that he will be a technocrat rather than a political figure. He acknowledged that the 50 percent threshold is a serious challenge for the coalition but hoped to achieve outright victory in the first round.

Initially, UNM planned to appoint its mayoral candidate through primaries and named the former deputy Justice Minister, MP Giorgi Vashadze, and Tbilisi municipal official Nikoloz Melia as primary contenders. However, Vashadze shortly thereafter withdrew from the race. The move may suggest that UNM preferred to nominate a person who is less associated with the party but has a good reputation among Tbilisi citizens. Further, Melia is originally from Tbilisi, which increases his chances against Narmania who is not from the capital city and whose rating much depends on that of GD. 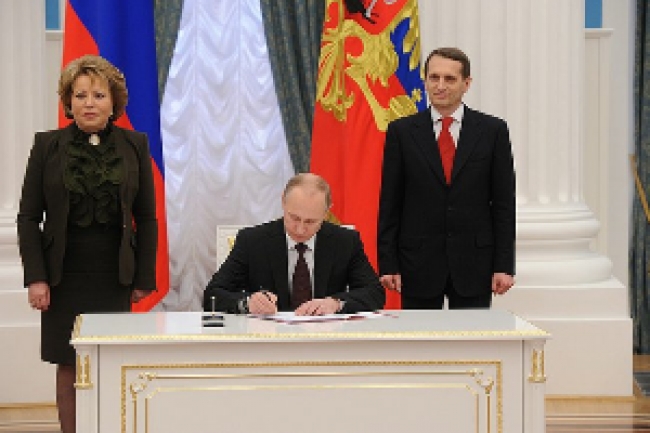 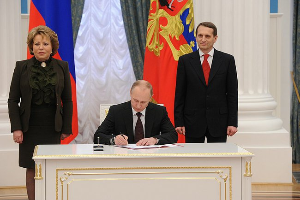