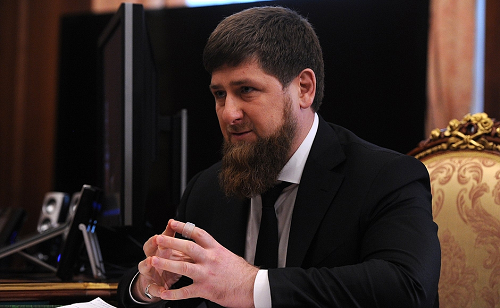 BACKGROUND: In the night between 17 and 18 December, armed violence hit Grozny. Using various pretexts, men who were apparently unarmed or poorly armed sought to enter the homes of officers of the pro-Moscow Chechen police, forcing them to give up their weapons. Later on, these same men appear to have opened fire on Chechen policemen in various parts of Grozny. Most of these attackers were killed. On January 11, a shootout took place in the village of Geldagan, Kurchaloy district, in which four insurgents were killed along with two kadyrovtsy. On January 30, insurgents attacked two police officers in the town of Shali. In the gunfight, three attackers lost their lives, along with two police officers. From January 10 until January 31, at least nine and possibly as many as 15 men have been killed and over a hundred apprehended in nine towns and villages southeast of Grozny, including Shali, Kurchaloy, Argun, and Shatoy.

IMPLICATIONS: These recent incidents of violence share a number of commonalities. First, after larger attacks, Chechen authorities have pointed to the terrorist organization known as the Islamic State in Iraq and Syria (ISIS) in general – and Syria-based Chechen jihadists in particular – as organizers and masterminds. Yet evidence is lacking on concrete ties between the Chechen gunmen and ISIS. In fact, all channels of communication in Chechnya are heavily monitored by Chechen law enforcement, therefore organizing – and even abetting – Chechnya-based youngsters from abroad or even from within Chechnya, is barely feasible.

Second, authorities have routinely detained relatives of the attackers. It is commonplace that dozens of persons are arrested for every apprehended gunman, and seemingly that at least one of them disappear. Many relatives have been discharged from their jobs, along with other non-lethal forms of collective punishment. Along with other families accused of backing terrorist activities, members of the Tsotsin Yurt-based Muskiev family are being forced to leave Chechnya and much of their real estate has been confiscated. Many relatives of apprehended or killed gunmen fear that their houses will be burned down, which has been a widely deployed form of incumbent retribution. Others seek to leave their villages or the republic to evade blood revenge at the hands of the families of the killed or fatally wounded police officers, backed by the regime. While many Chechens, antagonized by the brazen-facedness and impunity of kadyrovtsy and local police, have sought to keep a low profile in order not to put their families in jeopardy, the discontinuation since the second half of the 2000s of the practice of killing the insurgents' relatives appears to have produced a new generation of would-be insurgents determined to retaliate.

Third, in an indication that opposition to Kadyrov may have permeated even his closest circles, one of his personal bodyguards, Alikhan Muzayev, was reportedly executed on January 15 (although Chechen authorities claim he committed suicide) for abetting the Grozny gunmen. This indicates that some former insurgents, who defected to the pro-Moscow camp in the 2000s, have remained covertly opposed to Kadyrov and his regime. The Muzayev case is illustrative in this regard. In the mid-2000s, Muzayev defected to the kadyrovtsy after his relatives – according to a Chechen insider – were taken hostage by the incumbent forces. He disclosed the identities of around a dozen insurgents, who were arrested and whose relatives were targeted. In line with an established practice, the regime ensured Muzayev's loyalty by revealing to the relatives of the targeted insurgents the identity of the man who betrayed them. Hence, Muzayev lost contact with the insurgents, for whom he turned into an enemy. It was only after the emergence of a new generation of prospective fighters, unrelated to the old insurgency, that Muzayev could seek to mastermind a plot against Kadyrov and his regime. Moreover, it is not only former insurgents who were forced to defect to the Kadyrov camp that may pose an existential threat to the Chechen strongman. According to some insiders, due to Kadyrov's ruthless and arrogant behavior, he has acquired countless personal enemies even in the ranks of kadyrovtsy themselves.

Fourth, the modus operandi of attackers suggest that they were a group of unexperienced and unarmed youngsters, not part of the heavily debilitated insurgency to which they seem to have lacked any ties. Importantly, these youngsters, often 18-25 years old, have fared badly in the armed clashes with experienced Chechen police – the death toll among attackers has been higher than among the attacked.

Whereas their contacts to ISIS remain dubious, the youngsters may have been primarily motivated by personal incentives, such as revenge towards the widely resented kadyrovtsy and police forces, rather than by ideological incentives. In fact, following harsh reprisals against not only the perpetrators of violence, but also their families, hundreds, perhaps even thousands of Chechens have chosen to postpone retaliation. Yet others, particularly close friends, have not been able to make peace with the strong sense of injustice and humiliation inflicted upon them by Kadyrov's regime and his law enforcement. As the recent wave of violence demonstrates, they have sought to organize small introverted cells, attacking Chechen police officers in almost suicidal missions. Importantly, while thousands of Russian soldiers have been based in Chechnya since the formal termination of the "counter-terrorist operation" in the republic in early 2009, these gunmen have chosen to specifically attack Chechen law enforcement. Again, this speaks of the primacy of personal grievance motives over ideological or political ones.

CONCLUSIONS: These recent incidents of anti-regime violence are far from the levels of violence of the 2000s. With the Chechnya-based insurgency critically weakened, those opposing the Kadyrov regime often cannot join the remaining insurgents in the wooded mountains. Yet they are committed to retaliating against the wrongs inflicted upon them by the Kadyrov regime, even at the cost of putting their entire families at risk. Hence, sporadic attacks against the Kadyrov regime, and local law enforcement associated with it, will likely recur in the years to come. While the extent of retributive violence – and its brutality – at the hands of the Kadyrov forces prevent many prospective avengers from partaking in armed conflict, the recent wave of attacks suggest that individuals who are both antagonistic to the regime and willing to strike are still present in Chechnya and that they may number hundreds to say the least. Should the foundations of the Kadyrov regime weaken, it could give rise to massive anti-regime violence which may turn Chechnya into a battlefield of renewed civil war