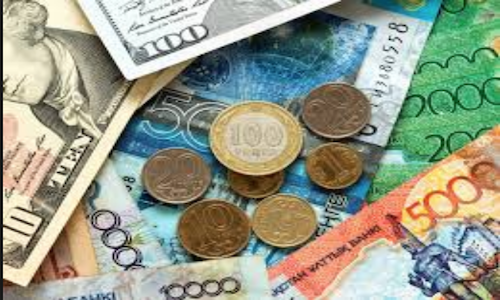 BACKGROUND: Central Asian and Caucasus economies stand to benefit from any trade frictions between the U.S. and China. The acute source of friction on the U.S. side is that China is dumping steel and aluminum products into its markets at below market prices. Of course this is a proxy for the more macro problems of intellectual property and forced technology transfer. But in industrials, it is true that China has been dumping with impunity for years. Now China has a stated policy to dump industrial capacity rather than dumping industrial outputs, as well as a need to rapidly diversify its agricultural commodity imports.

Instead of continuing to dump industrial output abroad, China actually wants to close many of its steel and aluminum factories – or rather than simply close them, to move them abroad. This policy is called International Capacity Cooperation and it is the main practical economic policy of the wider Belt and Road trade strategy. Essentially China is giving away industrial chains in steel, aluminum, cement, glass, paper, textiles, light industry manufacturing, mining, agricultural machinery, and energy equipment. This is a fire sale on Chinese industrial plants.

China has industrial overcapacity through an abundance of both steel and aluminum smelters due largely to a Keynesian fiscal stimulus from 2008. Too many people took easy government loans and invested in building surplus new capacity in steel, aluminum, cement, plate glass and other industrial products. Now China has too many smelters and too many processing plants. If it ran all the industrial capacity at full capacity, it would overproduce metals and flood the world market, distorting prices and disrupting supply chains. Instead, many plants are not used. If Central Asian economies invest wisely, then they could pick up a bargain, and then use the capacity to both develop their own industrial economy as well as export industrial commodities back to China in the future.

China’s tariffs targeted against the U.S. are on two main commodities: soybeans and sorghum. Both are essential agricultural commodities for meat production. China is drastically changing its food consumption habits as it grows richer and more citizens demand cleaner and better food. China is also changing its food security priorities to allow more imported products, at the commodity input level of the supply chain as well as finished meat, aquaculture, horticulture, dairy and wine products. Feeding China is a huge opportunity for economies in the region, from Kyrgyz honey to Georgian wine, there is essentially a bottomless market for clean, quality food products into China. China recently reportedly asked Kyrgyzstan for 400,000 tons of honey per year where Kyrgyzstan’s current honey production is only 10,000 tons annually. China also now has a huge incentive to invest in a Kazakh soy agroindustrial complex to import protein into China. And Kazakhstan already has established meat and dairy agroindustrial production chains. In this sense, the U.S. loss could indeed be a huge opportunity for Central Asia.

IMPLICATIONS: The Central Asian part of the Belt and Road Initiative, deployed through International Capacity Cooperation stands a decent chance of working, despite the wider criticism. Rather than the usual China bilateral agenda-dominance, actors on all sides actually stand to get something out of it. China’s Communist Party gets breathing space to transform China’s domestic economy to a higher level of manufacturing, Central Asian and Caucasian states have the possibility to buy cheap industrial plants to build economic architecture, and China’s policy banks get to offshore China’s domestic debt abroad without opening the current account. Probably the hardest hit actors will be the Chinese local governments and local government enterprises that are being shunted down the Belt and Road, unwillingly for the most part, to clean up domestic capacity. Thus, while Belt and Road and International Capacity Cooperation is not perfect for anyone, everyone gets something out of it.

The risk of a China debt-trap certainly remains, but China is never a single strategy, never a single idea. There is a serious risk of small economies overleveraging and being spun into Beijing’s web of financial dependence. Smaller Central Asian economies such as Kyrgyzstan, Uzbekistan, Turkmenistan, Tajikistan as well as Armenia in the Caucasus are exposed to this kind of debt-trap scenario. But larger economies such as Turkey, Iran and Kazakhstan are well placed with diversified economies and deep tax bases to avoid the debt-trap. The most important way to avoid becoming overly exposed to China’s policy debt, however, is transparency and public scrutiny.

China’s policy loans are often not at better rates than international capital markets, and are sometimes worse. The attractiveness of these loans lies in the fact that China will not impose institutional transformation agendas that often come as part of the Washington Consensus package. Yet for the people of smaller countries exposed to China’s debt risks, it is important that loans are in the public interest and that independent observers within the country as well as outside observers can scrutinize the loan books like they could if it were development aid. At the moment, the only actors who really understand the play are those running the loan books at Export Import Bank of China, China Development Bank, Agricultural Development Bank of China, Sinosure, and a few of the larger commercial banks like Industrial and Commercial Bank of China.

Without transparency in China’s policy banking, there is a serious danger of countries building useless projects that only soak up China’s excess steel, cement and aluminum capacity, and leave the host country with a debt-obligation on a worthless asset. If countries use China’s capital wisely, then there are many opportunities to create mutually beneficial investments that can help develop and diversify the industrial economy of the host country. But simply taking every loan for every project that China offers would be unwise, and governments hiding their debt obligations from their citizens is a recipe for disaster.

CONCLUSIONS: China’s Belt and Road serves Beijing’s interests, not Astana’s, Moscow’s, Baku’s or Tashkent’s. This is natural, but there is no reason not to benefit from foreign investment and a greater infrastructural and institutional integration in the economic space between China, Russia, the EU, Turkey and Iran. China, however, has a diplomatic policy to engage with other states through bilateral arrangements. This means that via Belt and Road, China acts unilaterally as if it is within its own borders; China-Armenia or China-Kyrgyzstan relations are more likely to benefit Beijing than China-Iran, China-Turkey or China-Kazakhstan relations. Thus, national economies need to have strong plans in place for how they plan to benefit from China’s investment and greater integration with China’s economy. However, Central Asian and Caucasus economies also need to be aware that their economic power grows immensely by being able to negotiate together. The Eurasian Economic Union pulls the customs and economic integration gravity towards Moscow, and there is little chance of a pan-Turkic customs union. But perhaps a Silk Road trade association comprising Kazakhstan, Kyrgyzstan, Uzbekistan, Tajikistan, Iran, Armenia, Azerbaijan, Georgia, and Turkey could provide the institutional basis for a stronger, and unified Central Asian and Caucasus response to China’s Belt and Road trade agenda. If these economies could attract China’s investment and trade as a bloc it could likewise lobby China to open its import markets as a bloc, to the benefit of each individual country within the bloc.

Tristan Kenderdine is Research Director at Future Risk  This email address is being protected from spambots. You need JavaScript enabled to view it. .